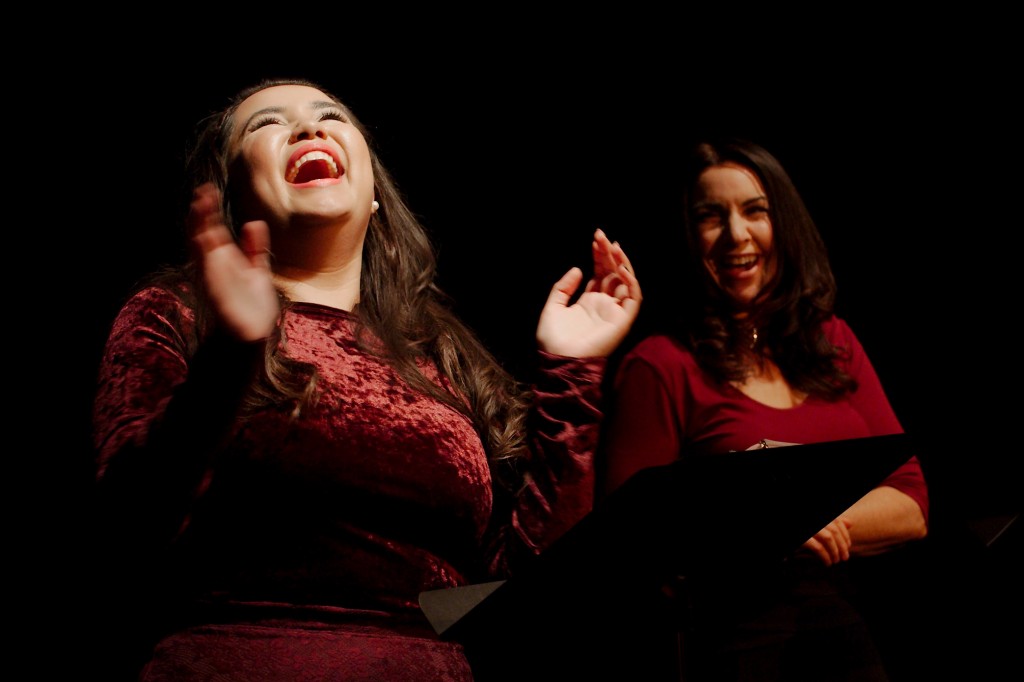 Novelist and playwright Elizabeth Berg (“Over the Hill and Through the Woods, ” “The Pull of the Moon”), 16th Street artistic associate and Chicago Dramatists resident playwright Robert Koon and Victory Gardens ensemble member and playwright Tanya Saracho (“Our Lady of the Underpass”) offer vignettes of three different ways to spend the winter season in 16th Street Theater’s “Our Holiday Stories.”

Berg’s story centers on a seventy-five-year-old woman who, after having children and becoming a grandmother, has started to question the importance of preparing large gatherings for a family that is seemingly ungrateful. Koon tackles the idea of being a military chaplain serving in Belgium during World War II. And Saracho questions the futility of going home for the holidays when “home” no longer feels like the fondly remembered place from memories. All three stories are wonderfully adapted and directed by 16th Street Theater’s artistic director Ann Filmer.

The stage reading format that “Our Holiday Stories” is presented in serves the narratives well. The cast of Patricia Donegan, Richard Henzel, Karen Rodriguez and Miranda Zola engage the audience as they recite the scripts from music stands wearing holiday-inspired attire. Their performances are lively and animated—in both voice and body—and each brings a delightful presence to their characters, inspiring visions of old radio shows listened to by families gathered around a Yule log as snow falls outside. Each story is so well-crafted and richly described that, although the stage is almost bare, each scene is brought to life through the audience’s imagination. (Mary Kroeck)