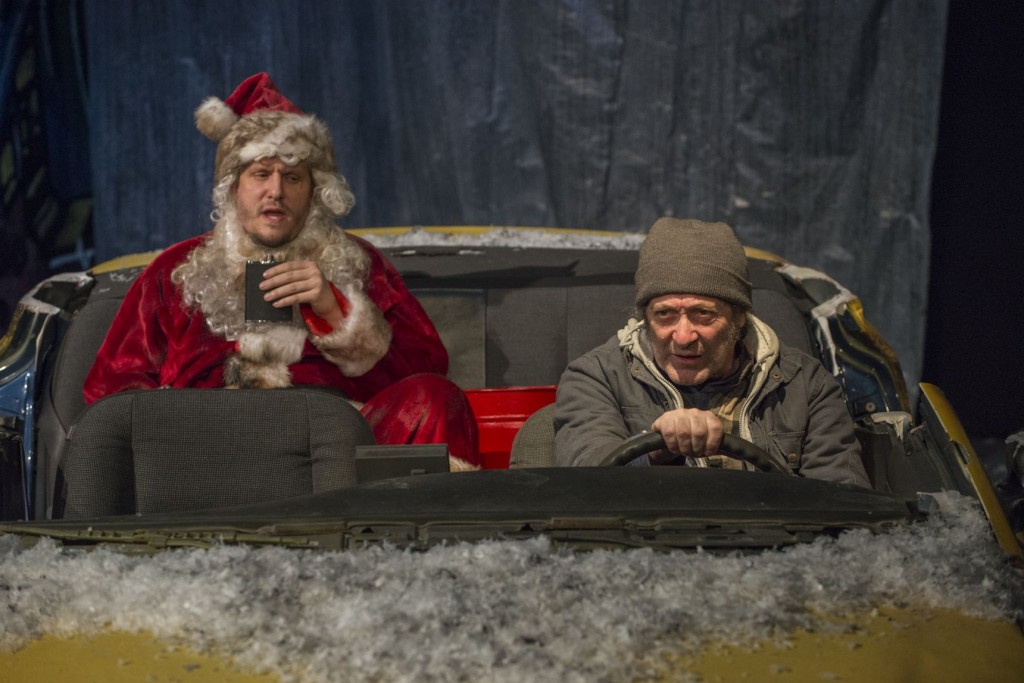 Watching “Hellcab” is sort of like having your heavily tattooed ex-con uncle wish you a merry Christmas. His breath may stink of whiskey and cigarettes, and you can’t look him in the eye without nervously glancing at the three blue teardrops etched on his cheekbone, but you know that deep in his heart he means well. And heck, he’s probably seen more misery in the past twenty-four hours then you’ve seen in the past twenty-four years. If anyone’s earned a little holiday vacation filled with eggnog and cheer and good will toward men, it’s him.

Receiving its third go-round at the Profiles Main Stage, Will Kern’s bilious theatrical nugget is a refreshing blast of stank air. It stars Richard Cotovsky as a lonely, hard-hearted cab driver spending his Christmas Eve on the job. In the course of a brisk eighty-minute runtime, Cotovsky transports a filthy parade of Chicagoans from one end of the city to another. Some appear as good people only to be revealed as jerks, some are outright jerks whose brief time only serves to reinforce the depths of their jerkiness. A diverse array of actors—thirty-three in all—come together to test both Cotovsky’s and the audience’s faith in the inherent goodness of mankind. As Cotovsky played the same roll in 1992’s  original production of  “Hellcab,” he brings a fantastic, Sisyphean sense of resignation to the cabbie’s fate.

Profiles is a company that prides itself on bringing an intense aggressiveness to their productions and “Hellcab” is no different. In fact it is a perfect fit for their balls-to-the-wall style. But director Eric Burgher sometimes pushes the pace and intensity a bit too far. One scene in particular, featuring a coked-out drug dealer, is so loud, so fast, so punk that it all blurs together and becomes unintelligible. Chaos requires a surprising degree of control to render effectively.

However Burgher and Cotovsky also handle the play’s quieter moments well. The later scenes in particular, featuring an angel, a devil, a woman in trouble and an honest-to-god well-adjusted person strike a dizzying array of emotional notes. The ride may be bumpy, you may fear for your life, but Cotovsky, Burgher and their thirty-three friends will make sure you get home safe. (Alex Huntsberger)