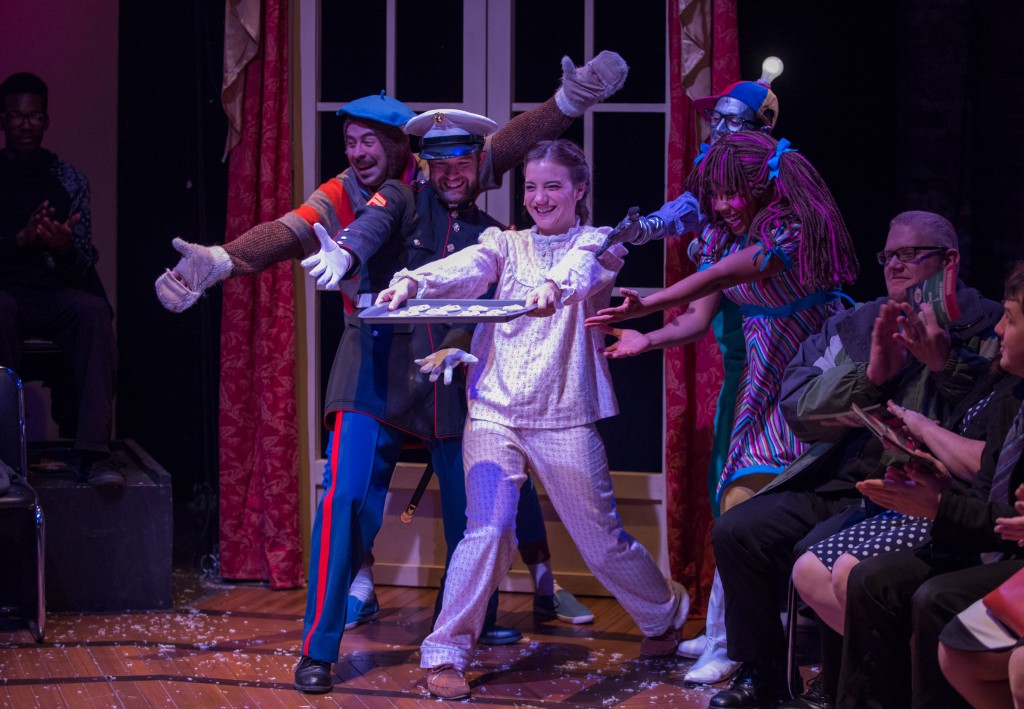 Just once, I would like to invite someone along to see The House Theatre’s production of “The Nutcracker” without telling them what they were getting into. For someone who came in expecting Tchaikovsky’s ballet, the result would be at first jarring, then perhaps upsetting (they would at least be upset at me), followed by a growing sense of wonderment and then, finally, delight. Oh, and there might be some crying in there too. And fear. And laughter. And a deep, abiding hunger for sugar plums.

Back in its sixth incarnation since it originally premiered back in 2007, “The Nutcracker” comes complete with an almost entirely new cast and is as delightful as ever. Director Tommy Rapley surely deserves the lion’s share of the credit, as do the play’s original creative team, Jake Minton, Phillip Klapperich and Kevin O’Donnell. Taken from the original E.T.A. Hoffman short story, the show uses the basic ingredients of the story—Clara, Fritz, a Nutcracker, Uncle Drosselmeyer, rats and Christmas—and cooks up a fresh take. Fritz is now a soldier who died in the war and Clara, played with spunky vivacity by Jaclyn Hennell, is left alone to face the prospect of a Christmas without him. Clara’s grief-numbed parents (Ericka Ratcliff and Paul Fagen) have in fact banished the usual Christmas festivities altogether. When Clara’s sly uncle Drosselmeyer (Karl Potthoff) presents her with a Nutcracker that looks exactly like her dead brother, it is with an eye toward opening a family wound so that this time it can heal properly.

But that description makes the show sound depressing, and I feel I must assure you that it’s decidedly not. The Nutcracker still comes to life in charming figure of actor Shaun Baer, as do the rest of Clara’s toys. There are still the evil rats (Ratcliff and Fagen again) only now they’re very, very British. There is high adventure and low comedy. There is a sharp comedic turn by young up-and-comer Andrew Lund as Clara’s toy robot Hugo. (I’ve enjoyed Lund in previous shows and he seems like one to keep an eye on.) There is a touching family drama nestled inside a gee-whiz kid’s fantasy. There is a Spielbergian sense of awe that permeates the entire show, a feeling that the world might be a mysterious and scary place but it is undeniably one worth exploring. Oh, and then there’s a little thing called “Christmas Spirit.” “The Nutcracker” is full of it. Once you leave, you will be too. (Alex Huntsberger)