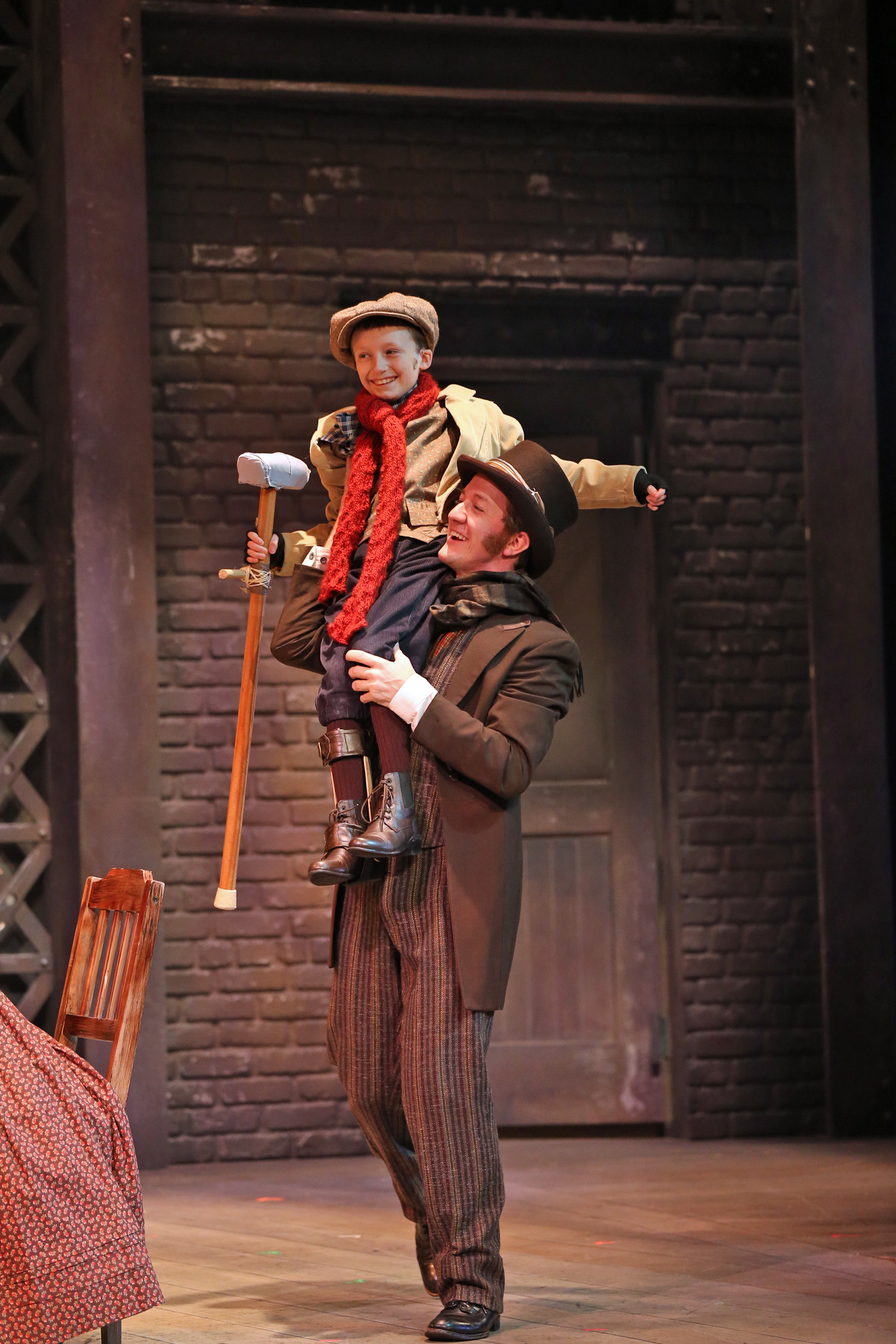 The tale of an old miser who has no interest in the holiday spirit until his past, present and future come haunting him one Christmas Eve is fairly well known. Though the story is told often, there is something that remains fascinating about the Charles Dickens classic, “A Christmas Carol.”

This Drury Lane production, directed by Scott Calcagno, is especially geared toward engaging young people. Many darker moments of the tale, like Scrooge’s visit from Marley’s ghost, have more of an element of surprise than terror, which hopefully limits the number of nightmares a parent might have to wake up to and deal with. Children in the audience the morning I attended were highly engaged with the performances, often laughing in comedic moments and frequently enchanted by the “theater magic” in front of them. However, there were several moments when the fog was a bit too heavy for those sitting in the first few rows, which easily disturbed the young patrons and pulled the rest of the audience out of the show.

Adults, like the kids, may appreciate the spectacle that the costumes, lighting and sound provide here. The cast is mixed with both veteran and new members of Drury Lane’s perennial show, including Bradley Armacost as Scrooge. His performance leaves little doubt as to why he’s a Jeff Award winner; he plays to the audience while simultaneously presenting a Scrooge with more of a human side than many other productions have presented. Additionally, Karl Hamilton gives a truly delightful performance as the Ghost of Christmas Present, imbuing the specter with equal measures of charisma and authority. Rob Riddle and Megan Long are also superb, particularly in their scenes as Young Scrooge and Belle, respectively.

Whether an audience member is just learning about this mystical narrative for the first time or has read the book and seen variations of the live production several times, this production puts both the young and the young at heart in the spirit of the holiday season. (Mary Kroeck)