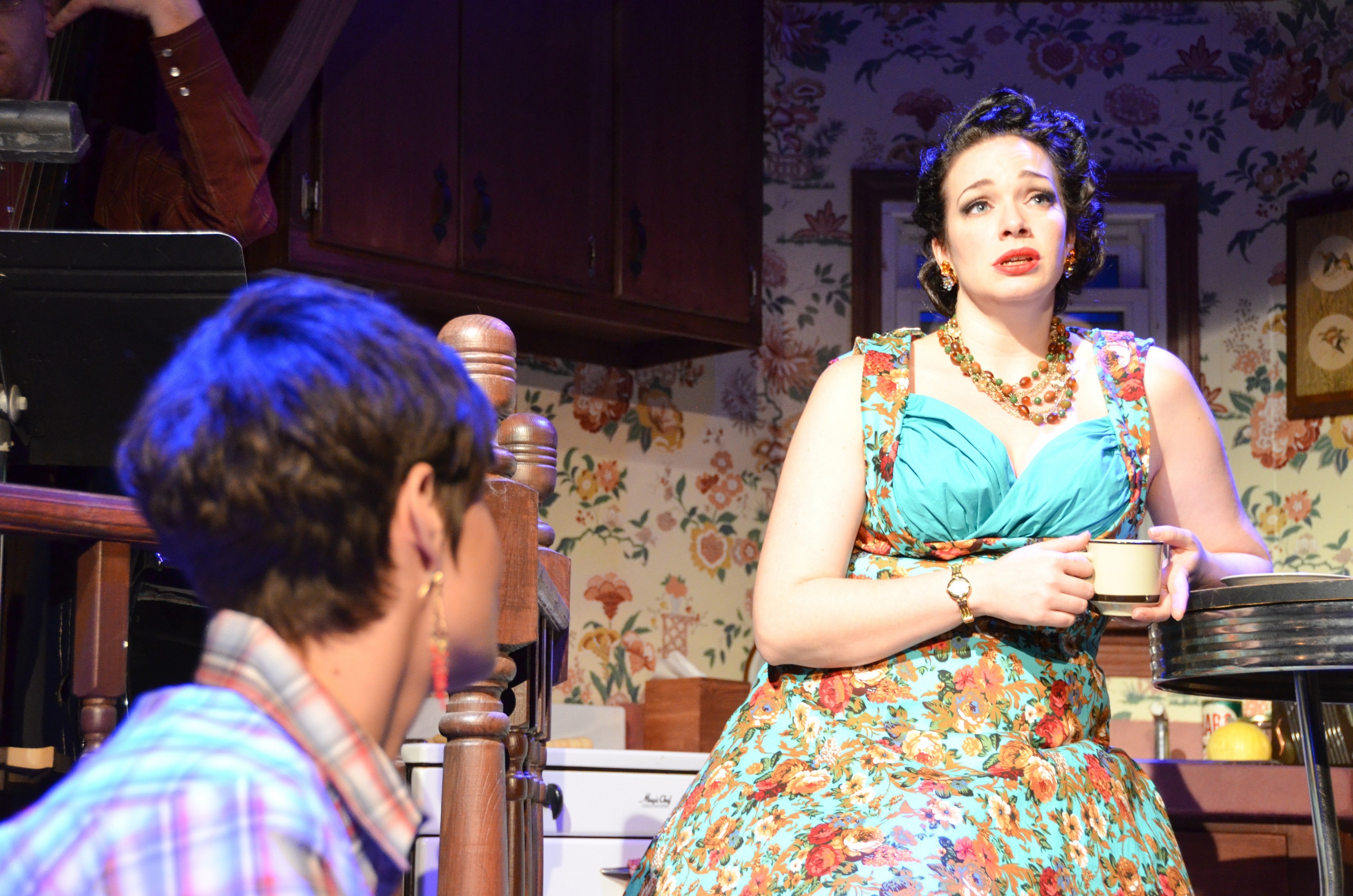 Patsy Cline was a true country gal. Born and raised in Virginia, she began entertaining at a young age. Some accounts say she started performing for friends and family by the age of three. Her sultry voice, spiced with hints of Southern twang, are unmistakable staples of some of her biggest hits, such as “Walkin’ After Midnight.” It is her genuine southern charm and her bona fide essence that “Always… Patsy Cline,” directed by Fred Anzevino, at Theo Ubique Cabaret Theatre aims to capture.

The show features more than twenty of Cline’s recordings, including “I Fall to Pieces,” the 1961 single that landed her on the top of Billboard’s Country chart. Cline’s biographical story is told through the eyes of Louise Seger (Danni Smith), a fan who befriended Cline at a show in Houston. Seger and Cline (played by Christina Hall) remained friends until Cline’s tragic death in 1963.

The best moments of the show happen when Smith and Hall interact. They seem to get along like old friends and play precisely to the type of relationship Cline and Seger apparently shared. Individually, Hall’s voice is strong, but doesn’t quite capture Cline’s down-home country contralto. However, she does certainly look like Cline and does the songs justice by embracing their emotionally charged lyrics. Smith on the other hand, who mostly narrates between numbers, definitely embraces the Southern atmosphere brought to life on set designer Adam Veness’ wooden, Opry-esque stage.

The costume choices for The Bodacious Bobcats band (Aaron Benham, Cesar Romero, Scott Simon, Cody Siragusa and Simeon Tsanev) and Seger are minimal: jeans and button-down tops with some cowboy boots and hats as accents. The costumes for Cline’s character are as varied as the songstress’ were in real life. From red cowgirl suits to vintage rockabilly dresses, costume designer Bill Morey has created a series of lovely costumes for Cline here.

The cabaret style of the theater makes it harder for Hall and Smith to engage the audience in participation, as they often allude to. There simply isn’t much space to walk around in the theater, let alone dance. When the audience does clap along or sing bits of songs with Hall and/or Smith, the audience often drowns out the sound of both performers’ voices.

For audience members seeking captivating theater with well-rounded characters and a deep plot, or insight as to how Cline navigated the music industry and chose the material that girls’ night out bonding is made for, “Always… Patsy Cline,” doesn’t really deliver. However, for anyone wanting to indulge in a Pasty Cline sing-along for a night, this show can satisfy that desire. (Mary Kroeck)