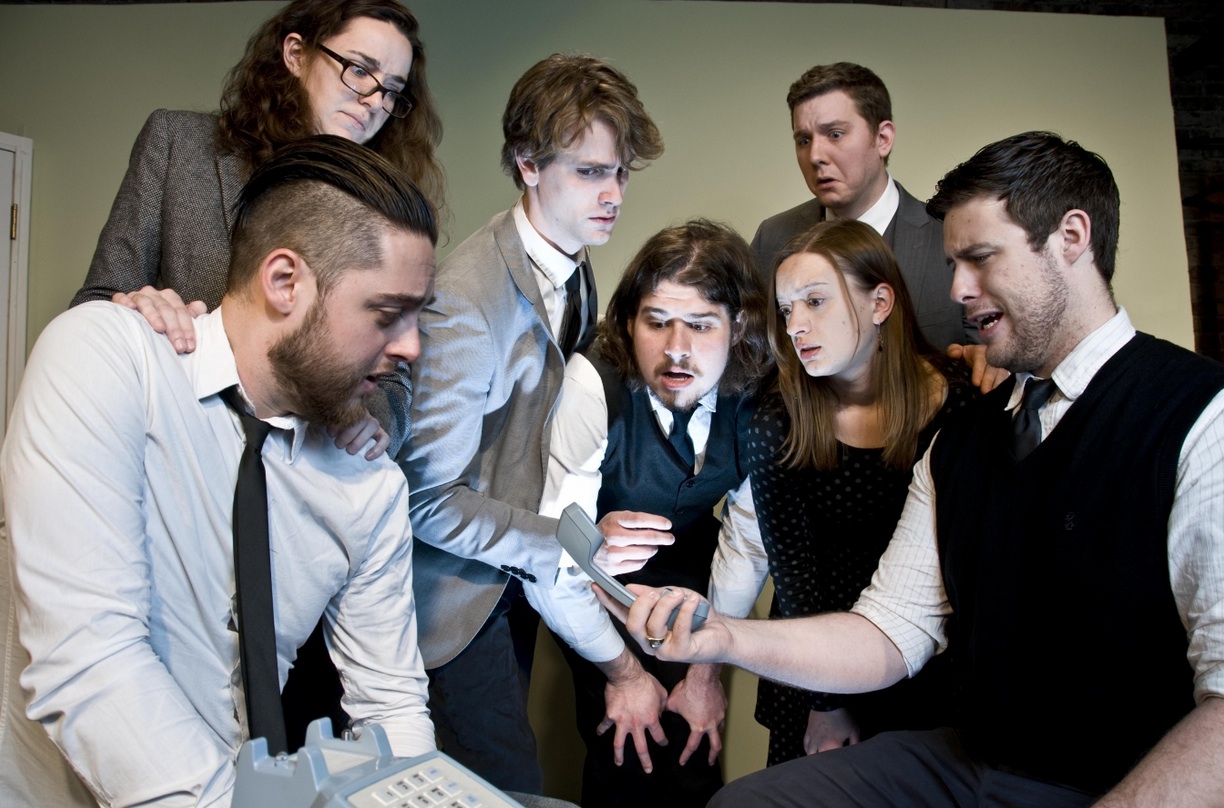 Revealing the twisted and sometimes supernatural underpinnings to events both historical and contemporary, “Improvised Twilight Zone” takes the format of the legendary series and translates it for the small stage (literally, it’s staged in the Small Theatre in The Annoyance Theatre’s new home on Belmont). Director Kyle Dolan’s troupe of improvisers (including a guitarist providing eerie scene music and “Twilight Zone” themes galore) take three suggestions and give their inexplicable backstory in classic episodic fashion.

The night I saw the show (along with a sold-out crowd) the suggestions were “immigration,” “JFK” (“Just JFK generally…?” responded the host bemusedly) and “Kim Kardashian.” Each of these suggestions were subsequently spun into a bizarre story of intrigue and mystery, with “immigration” leading to the revelation that, in 1961, children’s author Beverly Cleary discovered a tunnel to another dimension where she stole the stories for her most popular works. Similarly, Marilyn Monroe and Jackie O were revealed to have been collaborating Russian spies and a VHS tape of the “sweetest soccer game in all the world” went viral and poisoned the minds of those who viewed it.

This knack for taking relatively mundane suggestions and turning them on their head—before turning the world as we know it on its head through “Twilight Zone-ish” reveals—keeps the scene-work moving and the characters interesting without sacrificing clarity or follow-through. For each fifteen-minute episode (the entire show is an hour long, with a fifteen-minute opening act) a different host takes the lead, providing further background and narration to help each story take shape.

Oddly enough, the spooky vibe created by the lighting and guitar riffs, while enhancing the mood, dulls some of the laughs. Actors need to project a bit more to overcome this intentional darkening effect, as some lines get tossed aside or muffled—perhaps swallowed by Beverly Cleary’s dimensional tunnel—even in the small space. A single telephone—implemented during key moments—and a few chairs make up the entirety of the set, with the improvisers providing more than enough back story and world-creation to fill the rest of the space. (Zach Freeman)