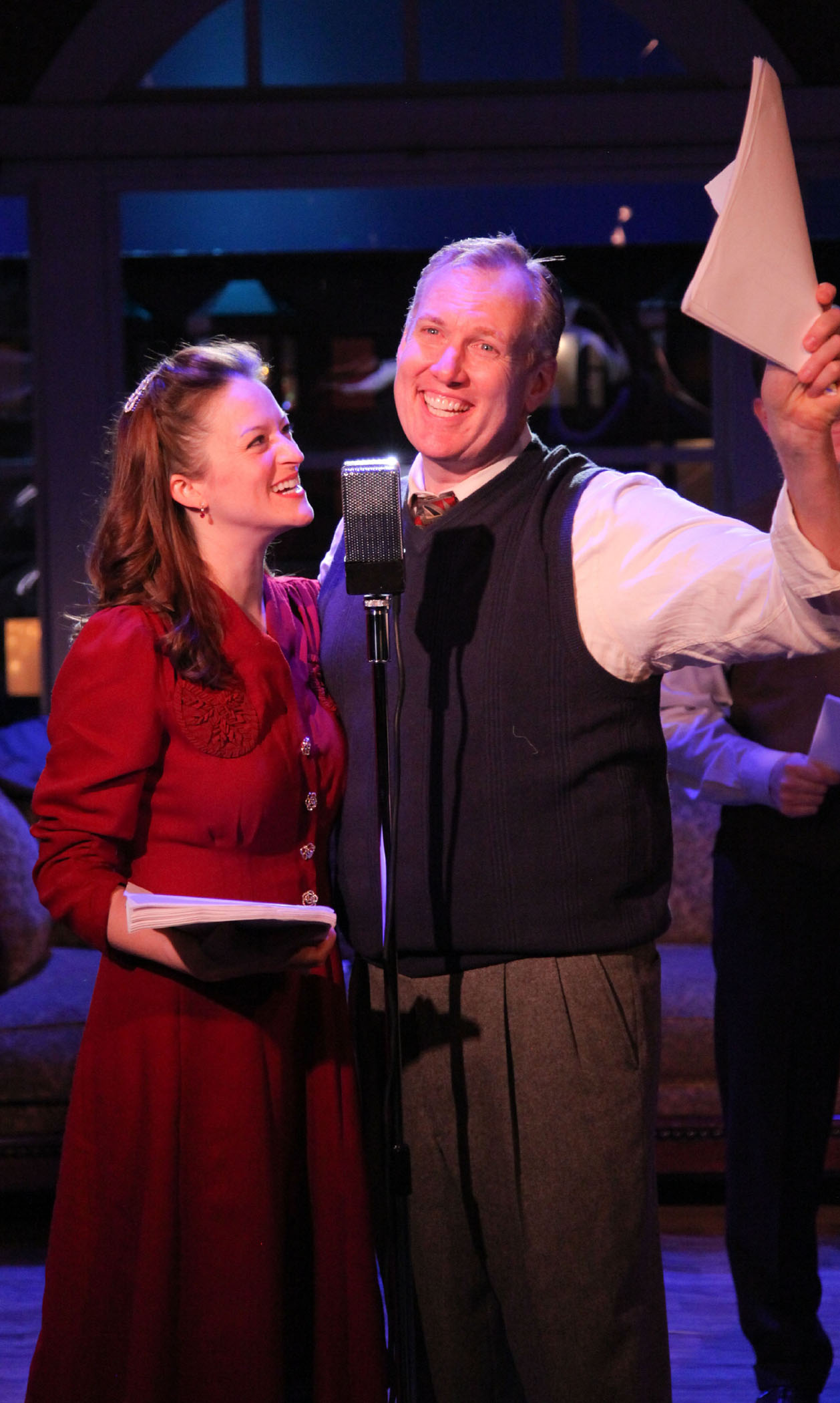 Few films have the generational popularity of Frank Capra’s “It’s A Wonderful Life, ” which has now been broadcast on television for decades during the holidays. Familiar to most, this is the story of George Bailey, whose family’s Building and Loan business is in serious trouble. In a state of desperation, he contemplates suicide and wishes he’d never been born. Just then, an angel grants his wish and Bailey is able to see what the world would be like if he had never existed. By seeing what could have been, Bailey realizes how precious life is.

American Blues Theater has been staging this film-turned-staged-radio-show production annually since 2002 and director and ensemble member Marty Higginbotham has been at the helm several times before. Likewise, every cast member has previously been a part of this tradition. Though this means that they are all well-rehearsed and very familiar with the material, it also seems as if—for better or worse—the actors struggle to make the characters their own, and perhaps rightfully so; the iconic actors who first tackled these roles are hard to top. So, when the actor playing George Bailey (Kevin Kelly), for example, recites his lines in front of an old 1940s-style microphone and seems to channel Jimmy Stewart—muffled accent and all—one isn’t all too surprised. The most outstanding performance here comes from Gwendolyn Whiteside, who presents a Mary Bailey who is not only a dutiful housewife to a fault, but also a woman of power and intellect who is in complete control of her family and her own life, even when George thinks he’s the head of the household.

The set, designed by Grant Sabin, looks like a living room of a house that has been turned into a temporary recording studio. There is a couch, wide window, piano, foley station and several microphones on stands. There are also flat-screen televisions that are mainly used to display lyrics for a pre-show sing-along and the pretend radio station WABT logo which feel slightly out of place for this mid-twentieth-century show, but serve their purpose in aiding audience participation.

Though the story is a classic, a great deal of imagination and attention is required of the audience. Almost every member of the cast plays more than one role and, given that there are no costume or set changes, some audience members, especially younger patrons, may get a little lost. The most interesting double-casting choice is that of John Mohrlein, who plays both Clarence and the ever-bitter monopolizer, Mr. Potter. Mohrlein does an excellent job in both roles and he, like the rest of the cast, makes clear acting choices to differentiate his parts.

Many in the audience on Sunday received kind messages written by other audience members and read by the cast during “commercial breaks.” These pauses give both the audience and the actors a little time to take a breather from focusing on the scripted story, which is helpful as the show runs ninety minutes with no intermission.

If one is looking for a high glitz and glamor holiday production for the family, this may not be the right fit. However, this is a family-friendly show that delightfully embraces fine storytelling and captures what it’s like to be part of a live radio-show broadcast. (Mary Kroeck)