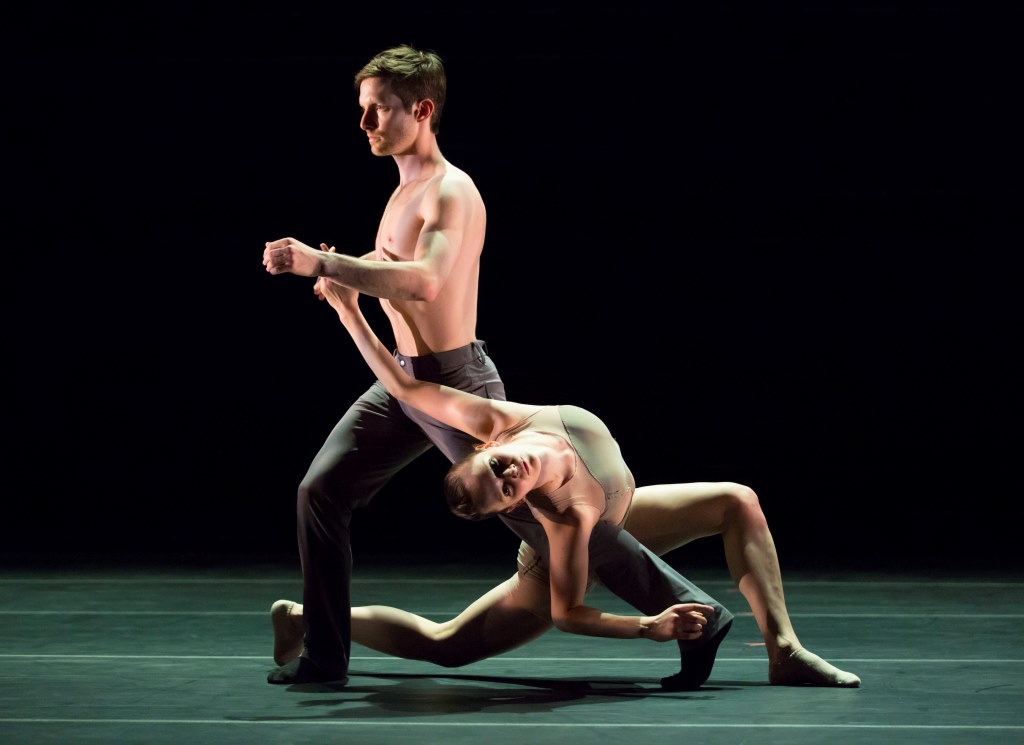 Princess Grace Awards are distributed each year to emerging artists of formidable talent in the fields of dance, film and theater (one measure of Chicago’s strong and growing dance scene is the considerable number of Princess Grace winners living and dancing in our city). Winners of Princess Grace choreography awards is the unifying theme of Hubbard Street’s two-weekend run at the MCA, but the choreographers in question have plenty more noteworthy lines on their CVs, too. The most recognizable name—certainly on a national level—is Kyle Abraham who, on top of the Princess Grace, has won a Bessie and a MacArthur fellowship, choreographing for the likes of Alvin Ailey and New York City Ballet’s Wendy Whelan (the performance, which includes a duet by HS’s resident choreographer Alejandro Cerrudo, is this January at the Harris). The Chicago Dancing Festival commissioned a new work from Abraham for Hubbard Street last fall, which is now reprised on the smaller MCA stage. Abraham’s gorgeous, detailed “Counterpoint” will be a treat to see in a more intimate setting.

Robyn Mineko Williams likely is a familiar name to frequent dance goers in Chicago; the former Hubbard Street dancer is a fast-rising star and has made work for her alma mater company, as well as the Nexus Project and Visceral Dance Company. She brings a new trio for the performance at the MCA.