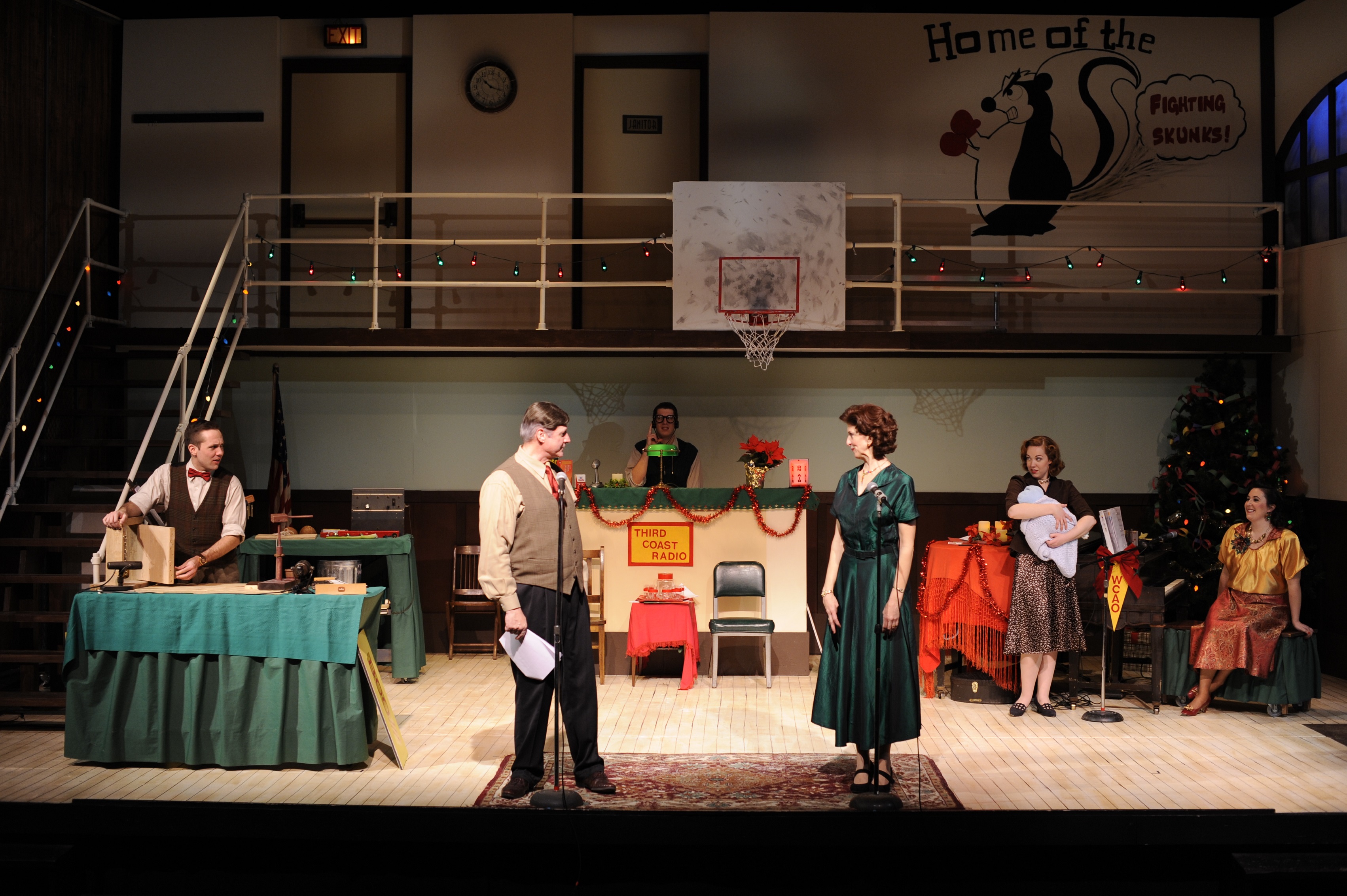 In a world where Christmas shows are a dime a dozen, and productions of “1940s Radio Hour” are a staple of community theaters around the country, one may be forgiven for taking a bit of grinchiness into a production that seems like it is set up to be a second-hand knockoff of that other nostalgic holiday piece. And yet, within the first five minutes of Lucia Frangione’s “Christmas on the Air” it is possible to be fully immersed in the events surrounding Christmas Eve, 1949 at a small family-owned Chicago radio station.

I have not laughed at a show so hard or so much in a long time.  There is something wonderful about watching an old-time radio show go horribly wrong and nevertheless turn out so well. And that is the essence of this play. Whether we’re watching a retelling of O. Henry’s “The Gift of the Magi” being shamelessly turned into an advertisement for a local jeweler or the sound effects man making an epic mess out of “‘Twas the Night Before Christmas,” we get to enjoy good and earnest characters making the best of one bad situation after another.

Percival B. Frank (played by Tom McElroy in an atrociously bad toupee) runs the station and hosts their annual radio show every Christmas Eve. His wife (Laurie Empen) and son (Patrick Tierney) serve as announcers, sound-effects operators and the musical entertainment, too. They are assisted by Sylvia White, a Southern transplant portrayed with perfect comic awkwardness by Veronica Garza. The cast is rounded out by Jordan Taylor as the station’s surprisingly overly qualified stage manager and Elizabeth Telford as the younger Frank’s love interest.

Telford’s Kitty McNally arrives at the station with a baby in her arms. She spends the first few minutes trying to hide the tyke. Once she does manage to stow the infant away (in a guitar case under the piano), the show gets rolling. Set in 1949, Kitty’s single motherhood is seen by some, including her employer, Mr. Frank, as a moral failing, making her unfit to hold a position with the station.

Hilarity results when the baby starts to cry during the live broadcast, but luckily sentimentality and acceptance also come along for the ride. The play is funny, touching and a good two hours spent in a surprisingly wonderful piece of Christmas spirit.  (Christopher Kidder-Mostrom)