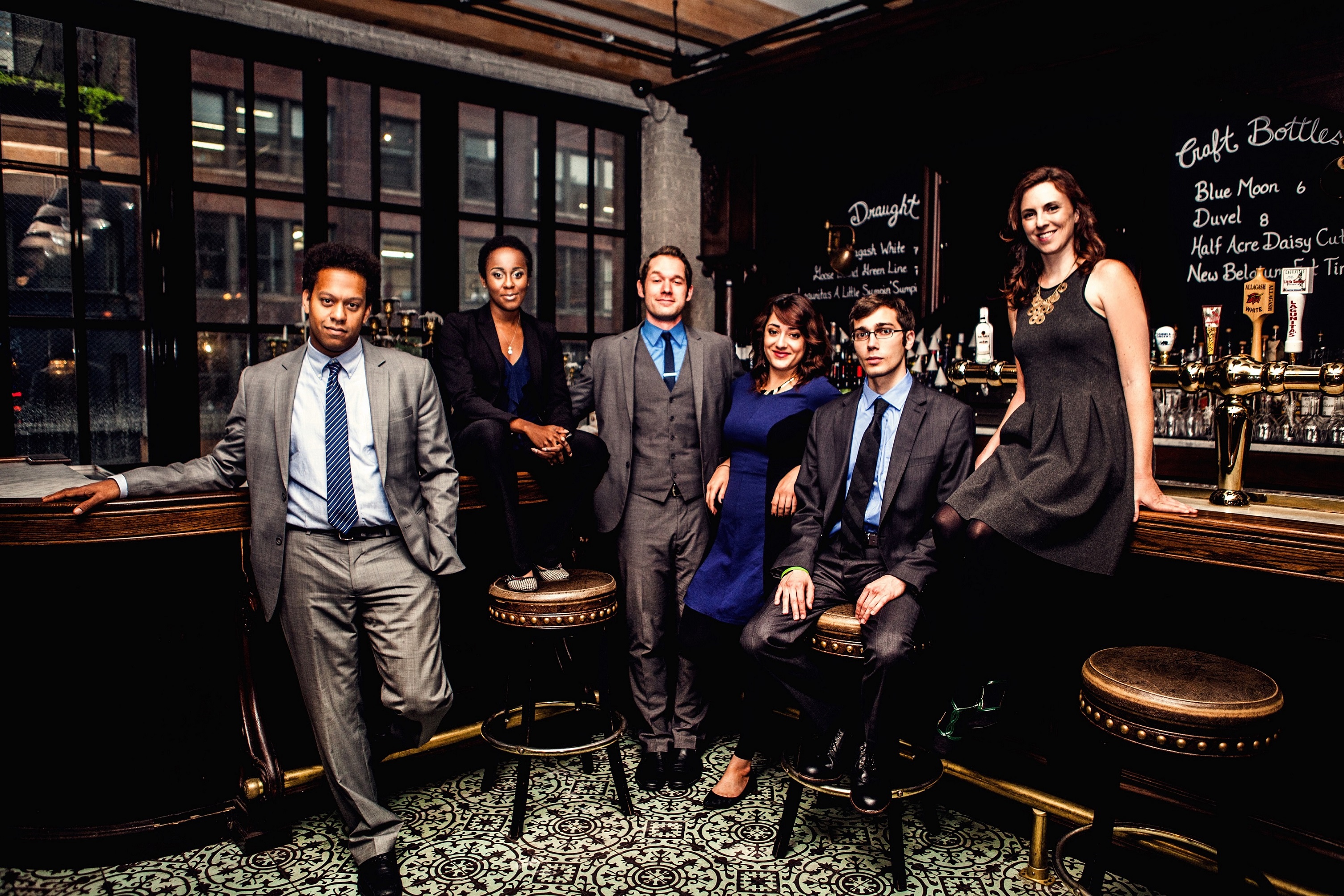 There’s an internal tension with the holiday season between what everyone is supposed to feel—joyous, thankful and free—and how everyone actually feels—miserable, stressed-out and massively in debt. Whether it’s binge-eating on seasonally appropriate chocolates, comparing holiday bonuses, fretting about the inevitable failure of New Year’s resolutions or questioning the very theological basis on which the whole “Christmas” thing is conceived, people deal with this tension in different ways. And most of those ways are not very healthy. If there is a thematic backbone to Second City’s “Holidazed and Confused,” these myriad splinterings of the holiday cheer façade is it. (The thematic backbone is distinct from the business-side backbone which is, quite simply: “Holidays + Comedy = $$$.”)

Performed in the intimate app-and-a-nightcap environs of the UP Comedy Club, “Holidazed and Confused” is the standard Second City cocktail of sketch, improv and music. The material is consistent overall even if the quality is not totally homogenous; there are equal parts surprise and obviousness mixed in with a whole lot of solid work. There are jokes about Ebola and Tinder and pumpkin spice lattes and even one about Ferguson (which… yeah) and there are some very charming bits of audience interaction. Which reminds me, if you are planning on giving someone you love a gift card this holiday season, do not tell them that. They will make fun of you. In song. And everyone will laugh. Because it will be very funny.

The real strength of the show as a whole is in its utilization of its cast members: Lisa Beasley, Alan Linic, Scott Morehead, Liz Reuss, Marlena Rodriguez and John Thibodeaux. One of the pleasures of a show like SNL is that you get to know (or feel like you do) the individual personalities of the performers. (It’s also why rebuilding seasons like this year and last are so herky jerky). But on SNL this takes entire seasons. “Holidazed” manages to accomplish this feat within its own mere hour-plus run-time.

Each performer fills out their own set of stereo/archetypes and then either indulges them or turns them upside down.

While the cast is strong across the board, Morehead and Rodriguez stuck with me after I left. Morehead has the irrational confidence of Straight White Male boors down pat, whereas Rodriguez brings a wide array of different elements. She is equal parts sly, crazy, sassy, subdued and has clearly studied closely that particular flavor of Midwestern wack-a-doodle. The most exciting part of her walking onstage is not knowing what she will whip out next.

“Holidazed and Confused” is a welcome vacation from your actual holiday vacation-that-isn’t-a-vacation-because-well-family-y’know. It doesn’t make you forget your troubles, but it will let you laugh at them for once. There will always be time for crying/dry-heaving/binge-drinking over them again once you’re home. (Alex Huntsberger)