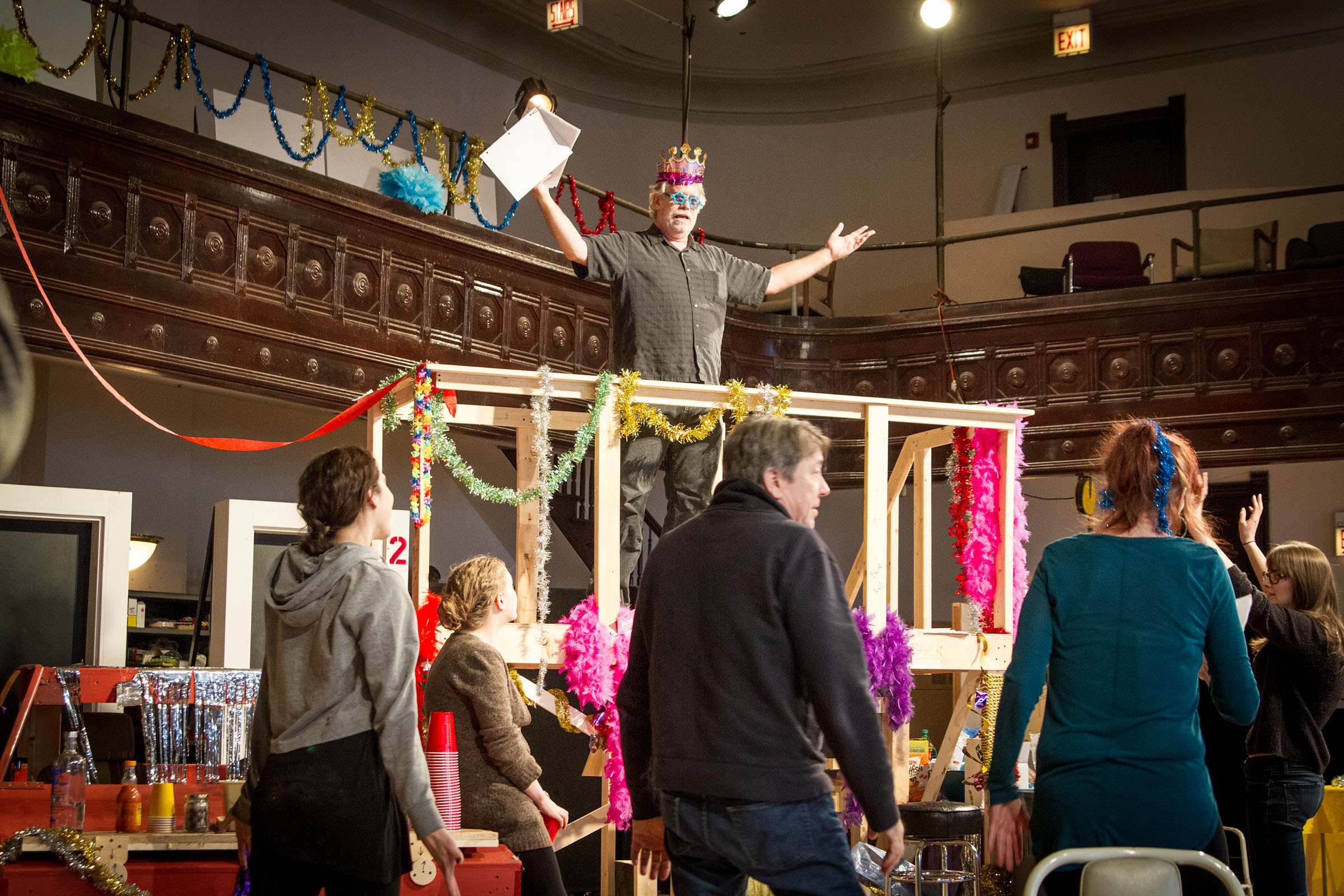 Lisa D’Amour is a playwright and an interdisciplinary artist. “It’s just a little bizarre that it’s kind of two different fields,” she notes when we discuss the distinction between traditional theater and interdisciplinary arts. “It’s sort of astounding how little the leaders in these fields talk to each other.” An Obie winner for her play “Detroit” as well as for work as part of the collaborative performance duo PearlDamour, she’s been working closely with Steppenwolf on the world premiere of her new play “Airline Highway.”

I asked D’Amour if developing a play set in her hometown of New Orleans with the famed Chicago theater, who commissioned the piece, affected the content of the show. “Only in that it helps to make the content clearer. It’s especially good to be developing it with a lot of people who don’t know a whole lot about New Orleans. There are certain sort of inside jokes and references that are very New Orleans specific and many remained in the play, but when there’s too many then an audience that doesn’t know New Orleans just feels lost. It was really a great way to kind of shape how we make this accessible to a Steppenwolf audience without dulling the play down.”

The play is set in the parking lot of the fading Hummingbird Hotel on the titular roadway, where a group of the establishment’s current and former residents gather to celebrate the life of dying octogenarian Miss Ruby, Bourbon Street burlesque legend and matriarch to many. This celebration takes the form of a living funeral.

“New Orleanians really value their-I don’t really want to say ‘eccentric elders.’ Chris Owens [inspiration for the Miss Ruby character] was sort of born to be a burlesque entertainer and she has done that from the time she was twenty, until who knows how old she is now. And she’s still performing, on Bourbon Street. And I think New Orleanians love that kinda fierce individuality. And they really do become like role models and surrogate mothers and fathers for other people living in New Orleans.

“When I wrote the play I wasn’t thinking metaphorically, I was literally thinking about a living funeral for this woman who was about to pass. And the fact that the funeral is happening while the woman is still alive, is maybe a good metaphor for New Orleans. There are these two things that are happening at once. There’s a fighting to remain, and the reality that change happens, and we have to figure out how to exist within that change.” 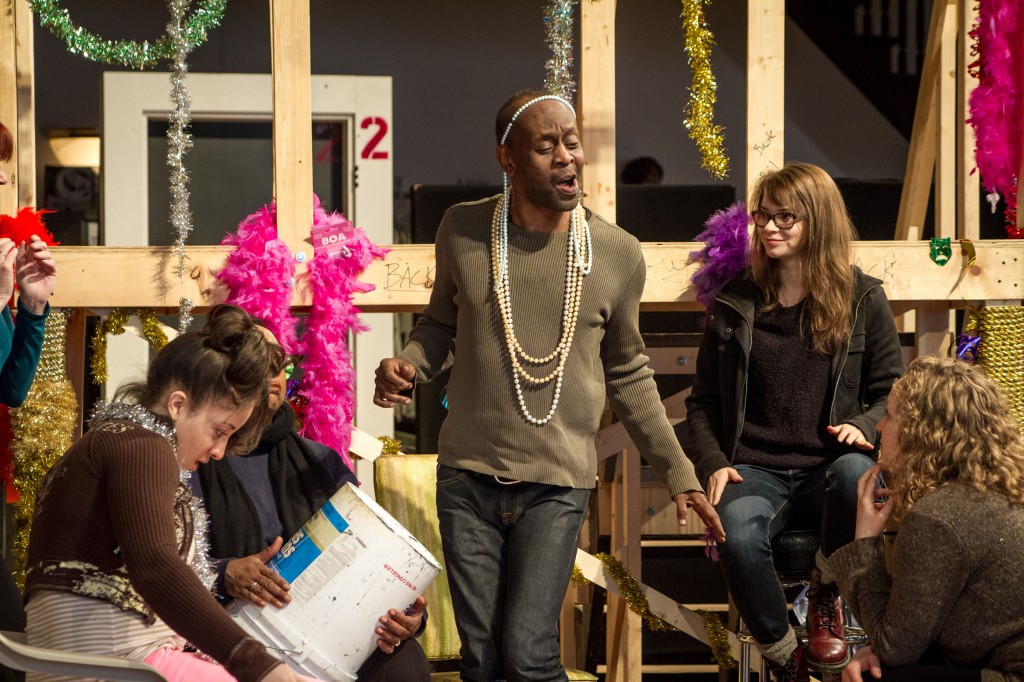 Issues of identity and authenticity permeate the script, a working draft of which I read before speaking with the author. The cast of characters, still regulars at the Hummingbird, and still what many might consider down-on-their-luck misfits, are joined by a prodigal son of sorts. Greg, known during his years among these others as Bait Boy, has returned for the funeral. But he’s returned barely recognizable, having fashioned a new, more affluent lifestyle in Atlanta with a moneyed matron and having adopted a more reserved demeanor, at least until the drinks flow and the dancing starts. D’Amour explains the resultant friction. “He was on the inside of this community for years and years, and then he kind of comes back in disguise, trying to hide who he was. This is what throws the community—they’re like ‘Bait Boy, take off that mask. We know who you are.’”

As much as The Hummingbird could use a fresh coat of paint (and countless other renovations), Greg’s own reinvention just doesn’t sit well with his old friends at the hotel. Though D’Amour explained “Airline Highway” was not written metaphorically, the play explores the conflict between the benefits of renewal and the value of loyalty to true identity which has played out in the gentrification of cities across America.

“Gentrification and money is changing cities everywhere. I think some of the issues that New Orleans is facing are really palpable even in Chicago. When I look at the way North Avenue has changed, from the time I produced ‘Detroit’ until now…? It’s really different. It’s more of a shopping mall than it was in 2010. There’s something in the play about hanging on to a fierce local culture. I don’t think that New Orleans has lost its New Orleans-ness, at all, since Katrina, actually. It’s still a beautifully complex place filled with contradictions. When I’m in the audience at music and other arts events I’m still in a way more diverse audience in terms of race and class than I am in other cities that I go to. But I do feel that there’s a conversation and a fear among locals that some of the new money coming in is going to change the city. So in some ways I think the play is less like ‘Oh, New Orleans is gone’ and more like ‘Hang on.’ But how do you hold on fiercely to the idiosyncratic culture that developed with very little outside influence? I think that’s the point New Orleans is at now.”

Acting as a sort of stand-in for the audience is Greg’s stepdaughter Zoe, who initially views the denizens of the Hummingbird as subjects for her high-school paper but comes to respect them. “She comes in with sort of assumptions, but by the end she’s sort of learned to open her eyes and ears. New Orleanians get upset about outsiders when they come in and try and impose a certain value system, or certain assumptions, or a certain way of life, or even a rhythm to life that is just counter to what New Orleans is all about.”

Some of the stage directions in the script don’t impose clear requirements on the performers. “I’ve been involved in enough productions that I know if you want to get a production that is very alive you really need to give the actors and the directors room to imagine, and you can’t just dictate everything. I’m involved in every first production, so I will always be there to see what’s happening. I kind of have an idea of how the moment will go, but I just want to open up space for the actor and director to imagine. Because that’s when things get exciting.”