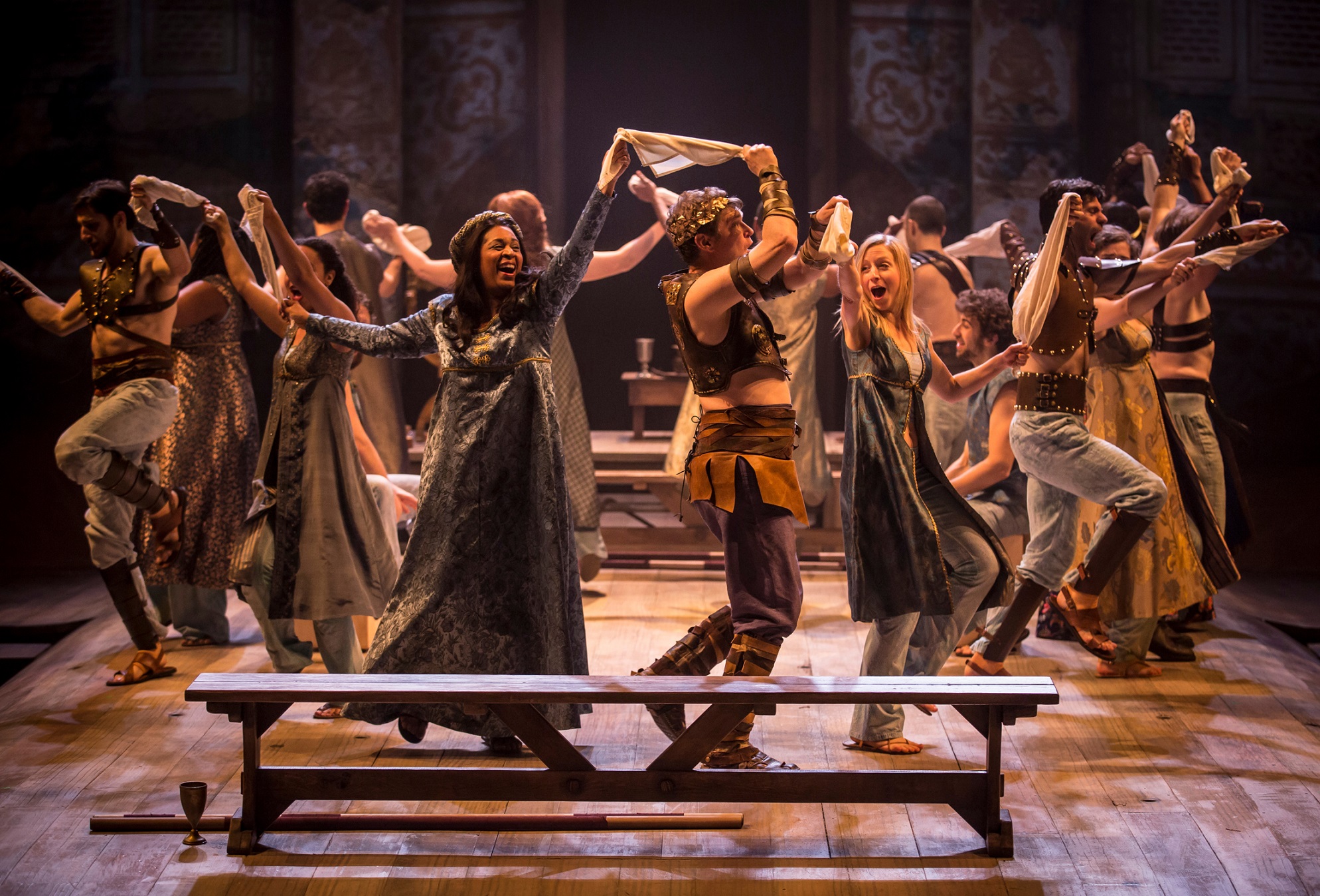 Whether you are of the camp that considers “Pericles” a Shakespearean romance or a “problem” play (or both), it is impossible to delve into this dynamic story without acknowledging the illogically insistent, magical happenstances that bring the central characters to near-holy redemption by the final scene. Though it is curious that “Pericles” doesn’t appear in “The First Folio, ” and queer that there is scholarly speculation that the first half of the play was the work of a fellow scribe, “Pericles” was one of Shakespeare’s most popular plays in his day, and director David H. Bell’s swashbuckling production at Chicago Shakespeare Theater plays with the flash-and-flesh that would thrill the contemporary audience that flocks to see action-hero movies.

A narrating chorus of actors, playing at multiple roles with wildly adaptive temperaments, appearing and disappearing with roaring speed and hanging from rigging-ropes, creates the pirate film anew, spinning this allegorical journey from myth to human pathos. Aided by the scenic design of Scott Davis, the period-shattering, skin-celebrating costumes of Nan Cibula-Jenkins, the fine verse-nursing of Susan Felder, and the mystical, original music of Henry Marsh (intoned or sung in eerie or celebratory beauty by this company of triple-threats), it matters little that the characters themselves may be birthed in the bath of archetype; this glorious fable is greater than the sum of its parables.

Forward and center is the Pericles of Canadian actor Ben Carlson, who previously spun Chicago heads and hearts with his clipped, completely relatable Hamlet for Chicago Shakes. The symbiosis between Bell and Carlson brings forth a Greek Jason married with Voltaire’s Candide, a fearless young man, an almost blank slate upon which the world must write messages until he can read them with the fresh eyes of emotional adulthood. If Carlson had gifted us with too much intellectual underpinnings here, it would have undermined the arch of the piece. Rather, each new lesson adds a depth to a portrayal that must be celebrated.
Sean Fortunato is skin-crawlingly evil as the incestuous, murderous King of Antiochus, proving once again that his notable comic chops do not relegate him to the clown roles. As Simonides, Kevin Gudahl is crystalline in both intent and language, every double-edged word slicing the ear. Ross Lehman’s seer Cerimon brings the enchantment, and Ora Jones’ Bawd is a study in victimization.

But it is Cristina Panfilio as Pericles’ daughter Marina who stops all breath. With the backbone and grace of her filial line, her Marina is the shore of her father’s continuing shipwreck. Fearless, surviving with genuine persuasion and truth-telling, Panfilio so gorgeously and generously underplays what might have become an exercise in histrionics. This is perhaps this young artist’s finest work to date.

Nevertheless, by the conclusion of this distinguished production a question was raised in my mind: despite the considerable charms and talents of Carlson, when Chicago is gifted so many brilliant performers, as shown by the depth of Chicago talent on display in this show, was there no Pericles to be found in our city? (Aaron Hunt)