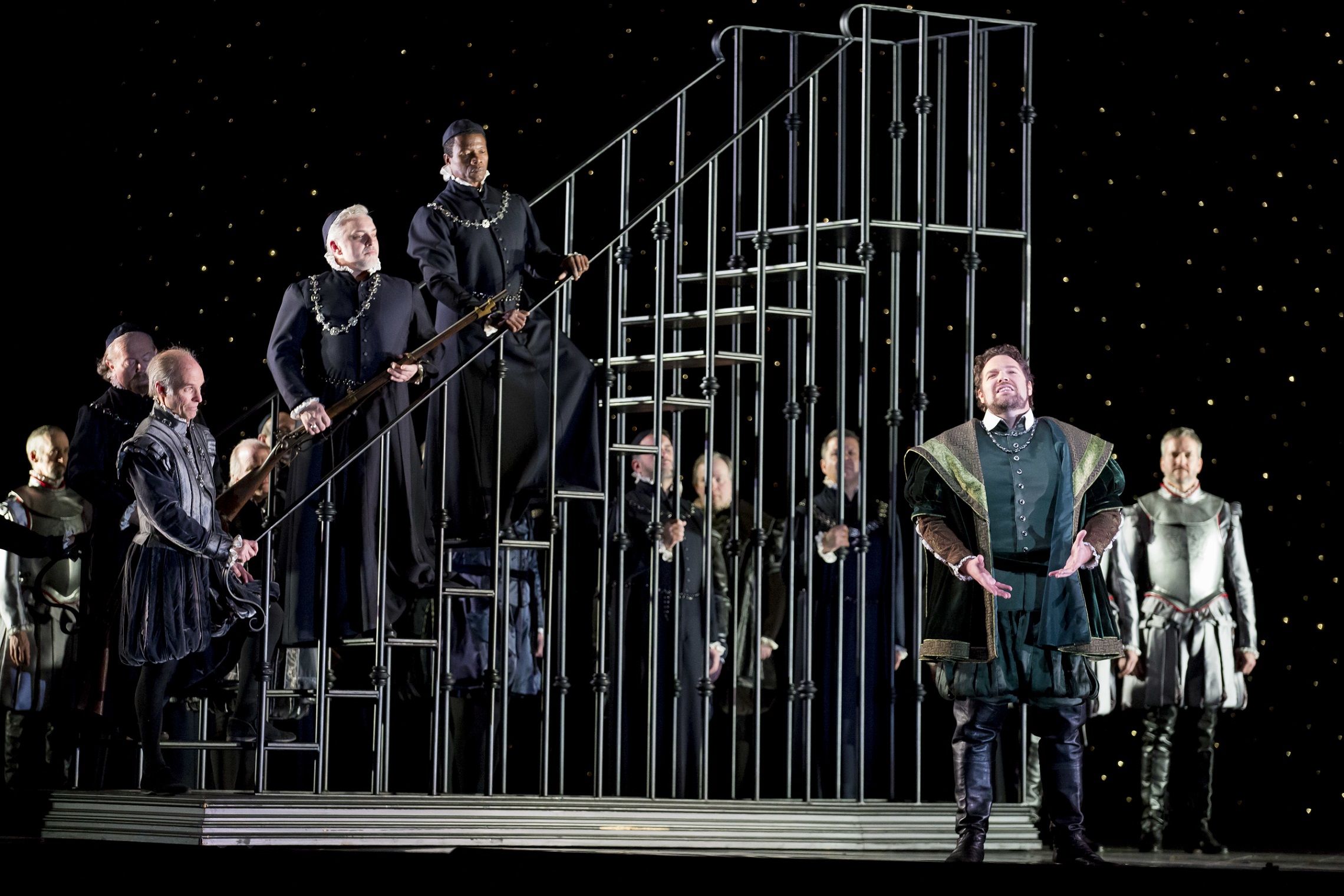 Opera impresarios must find themselves at a singular disadvantage in an era when audiences can drive to their local multiplex and watch opera singers up close, live and sweating, every unique figure and unhappy pore on display. As opera companies who want to stay alive desperately paddle upstream, casting decisions must be terrorizing. Should they present a cast that can deliver the vocal goods to the closest expectations of the composer, no matter their appearance or acting ability? Should they move in the opposite direction, and cast singers who can manage the roles, potentially be heard, look the part, and act it well? Or should they mix it up, beg and borrow, hedge their bets, and offer what is perhaps characterized best as the hodgepodge? Lyric Opera of Chicago’s production of “Anna Bolena” tells the story of an opera production that took the latter route, and is consequently less than the sum of its parts.

Jamie Barton, Lyric’s Jane Seymour (who won both the main and song prizes at the 2013 BBC Cardiff Singer of the Year competition), is the genuine old-school goods; her singing is limpid in tone, perfect in projection, and vocally effulgent throughout the registers. Barton harkens back to the age when the voice was all that mattered. But while Barton affords us a youthful simplicity as Seymour, she doesn’t connect with the side of the character that actually wants to succeed Bolena as Consort, at all cost. Further, based strictly upon what the media feeds us (and without an amazingly apparent sexual mystique), Barton’s solid figure seems an unlikely attraction for a narcissistic King who can (and does) have whoever he lays eyes upon.

In the same camp, Lyric provides tenor Bryan Hymel’s Lord Percy. Hymel starts out a bit careful, but once the first crazy-high note is dispatched brilliantly, he sings the rest of it like a prince. But then here we are again at odds, because Hymel is not quite tall, not quite handsome, a less than ardent actor and slightly stout.

Enter John Relyea as Henry VIII. Tall, handsome, brilliant at playing irresistible nastiness, Relyea brings the ballsy-basso sound audiences expect for this role, but then loses his spunk in the higher register. And he provides no sexual chemistry with either wife, former or upcoming. A Lyric favorite, the movie star-beautiful Sondra Radvanovsky, can’t vocally manage the title role; the pianissimos in her top voice sound dry with a slight crackle, and she is also frequently less than specific in pitch. She sang extremely loudly on several occasions, which is more useful in “Tosca.”

What could make matters more confusing? As the page Smeton, Kelley O’Connor is the total package. She looks and sounds like a young tenor, carries the house and acts with distinction. If only Lyric had gotten a set of principals who matched, maybe my head would have stopped spinning. (Aaron Hunt)