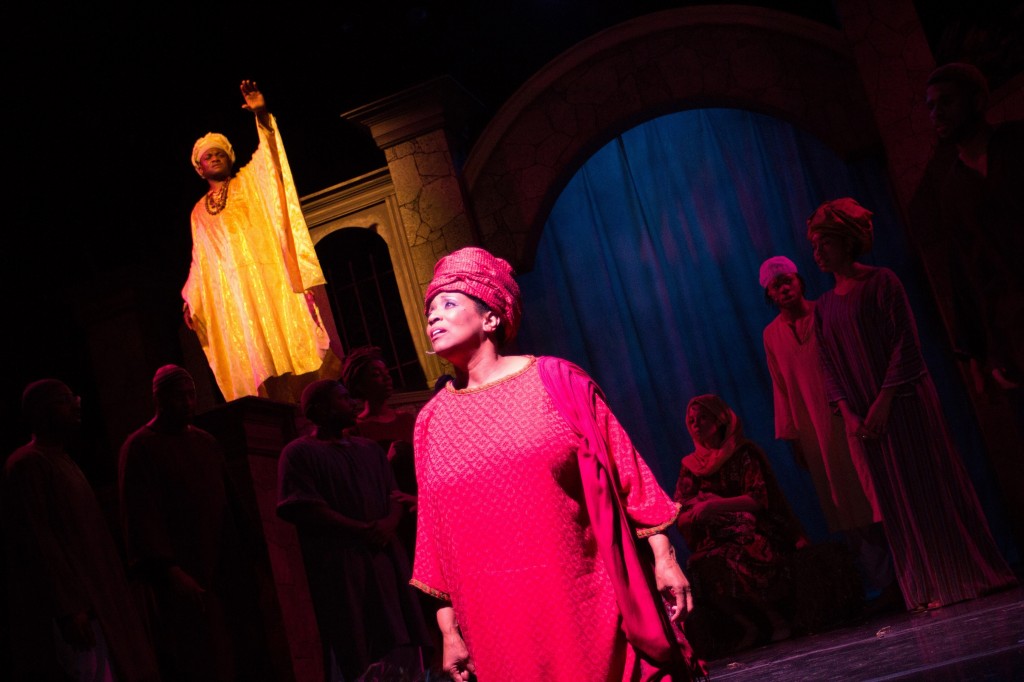 A frequently cited frustration for those of the Christian faith is the supposed secularization of one of their most sacred observances. As the holiday hustle and bustle is increasingly built around wish lists, presents, elaborate decorations and Santa Claus—all things that have now become embedded in our traditional Christmas culture—they ask that we remember that Christmas didn’t begin with Santa Claus but with the birth of Jesus Christ.

And this is what writer/director Alexis J. Rogers —who has appeared in every Congo Square Theatre production of Langston Hughes’ time-honored classic “Black Nativity” and its derivatives since 2004—does in “A Nativity Story: More Than A Miracle,” expanding her artistic wings and creating her own version, inspired by Hughes’ work.

Gabriel (Kelvin Roston Jr.), a biblical angel, is sent on a mission from God to help save a fractured relationship between Diane (E. Faye Butler) and her son Nathan (Mark J.P. Hood), who is angry about not knowing the identity of his absentee father. Nathan, who is also a young aspiring playwright, has assembled his church’s drama ministry to put on his play recreating the events surrounding the birth of Jesus for a producer who might be interested in taking it further. Nathan and his mother get more than they bargained for through the journey of gospel music and modern dance in Nathan’s play.

The exhilaration of the gospel music overtakes the audience from the moment the show opens. The entire company is effulgent in the opening number “Omnipotent” and from there, the strength of their voices never wane, with every member of the cast holding their own musically. Butler and Shari Addison’s voices yield pure organic down home gospel, while Hood adds the right amount of contemporary jazzy soul to the mix.

In this inaugural effort there are a few things that still need to be worked out, most notably the distractingly prolonged opening of the center stage curtain and the overlap between Diane’s story and the meta-play, which is a bit awkward and muddled, specifically during “The Birth (Wah Si Si).” However the message of forgiveness, faith, deliverance and, most importantly, healing is never lost. In turbulent times such as these, this is a necessary story. I’m so glad Rogers had the vision to write it. (Loy Webb).