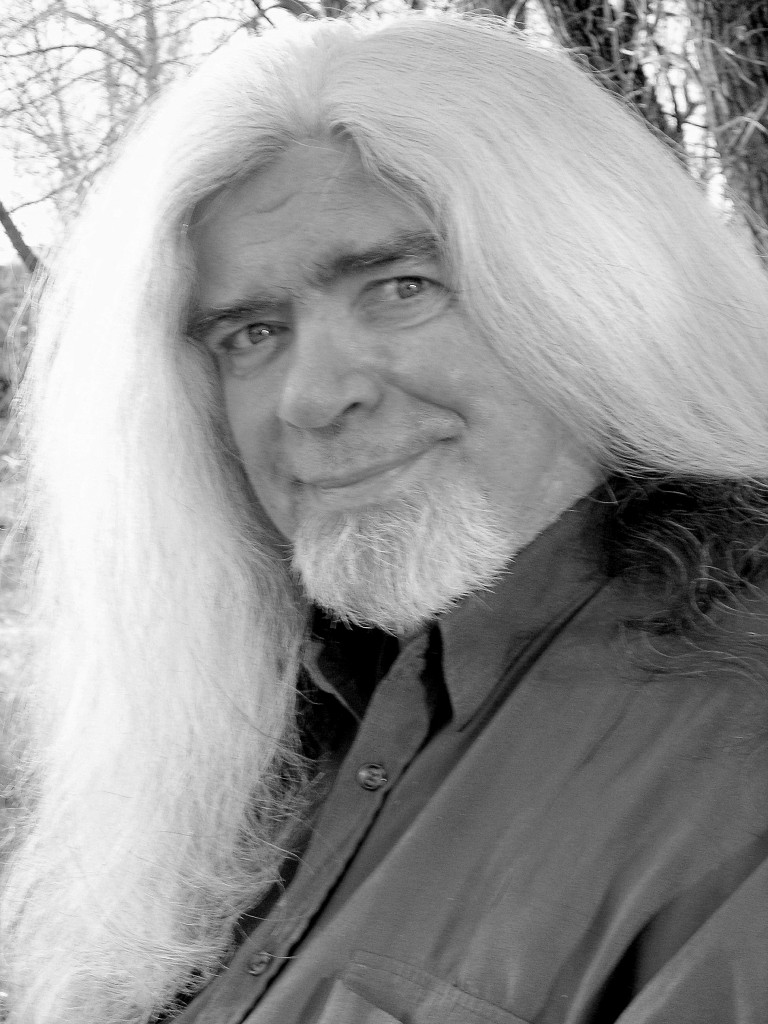 “Go Fuck Yourself” is surely the most provocatively titled of the five Beau O’Reilly one-acts featured in the 26th Annual Rhinoceros Theater Festival. O’Reilly got a surprising reaction when he brought the idea to his theater company. “I expected everybody to go, ‘God, this is terrible! You can’t do this, you’re just shooting yourself in the foot’,” explains O’Reilly. “That’s not what happened: the majority of people who read the play thought, ‘This is the best thing you’ve ever written.’”

In the play, the co-founder of Curious Theatre Branch portrays a mean old actor/writer whose work grows increasingly short until “finally he’s doing this piece called ‘Go Fuck Yourself’ where that’s the only line in the play. It’s extremely satirical about making theater in the Chicago fringe. It’s mean, and it’s nasty, and it’s silly, and it’s funny. It’s mean-funny. Over the past five or six years, I’m consciously writing to what’s funny about the uncomfortable situation. For a long time, I was just writing the uncomfortable situation. And then I realized I liked it better when it was funny.”

Having helped helm Chicago’s longest running fringe festival all these years, O’Reilly is entitled to assail the scene. Asked to also define it, he first points to one frequent Rhino contributor’s aversion to the term.

“Barrie Cole has a big thing about not saying ‘fringe’ about theater, because it ghettoizes us. I think two things make something fringe. One, this idea of vertical integration. I can write the play, I can direct the play, I can be in the play, I can run the lights. Maybe I can’t do the advertising. Somebody else can do the advertising, and they can run the lights, they can be in the play, but maybe they can’t write it. People can have more than one role, therefore there’s more at stake for them individually, and because of that there’s more at stake for the company. And the other thing, what makes it fringe, is economics. In the fringe, I can play to twelve people in a weekend and survive. At the Goodman I can’t play to twelve people and survive. Never, ever. I’ll never be able to do that. No one would want me to do that, I wouldn’t want to do that.

The possibility of failure actually being something that generates good energy, good ideas, creative work, is much higher in the fringe. ‘Cause you know if I blow 150 bucks at the side project on a set piece, and never get that 150 bucks back, it’s 150 bucks. It’s not 10,000.”

This year’s Rhino mini-fest-within-a-fest “Welcome to Beautown: Something Short I Know You’ll Like,” showcasing O’Reilly’s writing, commences with a trio of monologues. There’s also a night of his songs, quite appropriately as Curious Theatre “Branched” off of Maestro Subgum and the Whole, O’Reilly’s long-gone rollicking musical combo featuring, among others, fellow Curious co-founder Jenny Magnus. A bevy of guests, and the Curious pair’s current band The Crooked Mouth, will interpret O’Reilly’s songs.

Though Curious took the reigns of the Rhino long ago, they weren’t actually in the first edition of the festival. “We were in the second,” notes O’Reilly. “The Rhino was started by a big theater fan the year after we started in Wicker Park. Henry was his name. He noticed, rightly so, that there was this six block area where there were about six or seven really small theaters in Wicker Park, because everybody could afford to be there. And there was a Bucktown Fine Arts Fest, which was just one weekend, and he got them to give him $300, so there was one night that was the Rhino Fest. And then for a while it was run by a committee, and I kind of inherited it because everybody else left. I don’t curate by myself anymore. We—the Curious—curate it as a group.”

Nowadays it’s hard to believe Wicker Park was home to small theater companies on tiny budgets. A map showing Curious’ moves to different homes over the past two and a half decades would provide an overview of the city’s shifting affordable rental locales. Curious currently reside as “guests” at Prop Thtr. “As soon as we let go of paying rent… My worry always was that we would not produce enough work, we’d stop, there wouldn’t be the motivation to make new things. But that’s not what happened, the opposite kind of happened. We were freed up to make more work, there was less worry about space, less worry about money.”

Contemplating his creative process, O’Reilly finds a similarity between Magnus’ material and his own. “Our work is quite different in many ways, but the place where it meets is that the scenes initially are usually about the dynamic of the difference or the disagreement, rather than the emotion of it.” 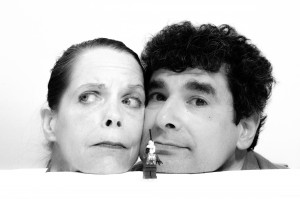 “Yeah, the disagreement—there it is—that’s what we share!” laughs Magnus, upon hearing this, “That it starts from a disagreement! We’ve talked about this with people who do branding and I don’t think there is a Curious brand. The process with which we approach things is more likely the similarity. And a focus on poetical language, and inventing, paring something down. It’s not naturalistic, it’s more an imagined way that people could be if they could be truer than they are. I think of ideas and how can I express that moment. Beau thinks in stories, ya know? He thinks of people and stories, he really does have this observational quality about people and their way of relating to each other.”

The people throughout “Welcome To Beautown” relate to each other, from one piece to the next. O’Reilly: “All the plays and the monologues have an overlap of some sort. There’s a character in ‘Our Kate Takes a Trip’ who leaves Ireland and comes to Chicago and she’s a minor character in ‘Go Fuck Yourself.’ There is one scene in ‘Go Fuck Yourself’ and ‘Quick,’ it’s the same scene but in a different play it has a different context. It’s exactly the same scene. Julie Cowden is playing the same character as Judith Harding is. In ‘Sex and Minutia,’ Judith is fifty-five. Julie is thirty-two, something like that, playing the same character but in a different play, at a younger age. That’s interesting, I’ve never done that before.”

Having never done something before is of paramount importance to the Rhino in general, and specifically to O’Reilly regarding this year’s focus on his work. All but two of his featured pieces are new. “On a very pragmatic level, the Rhino, in order to work at all, has to reinvent itself regularly. ‘When are you going to do something new?’ is a very real question for most of us who work in the fringe. The people who come to see it, really want to see something new.”

I ask if, among all O’Reilly’s work in this year’s Rhino, anything counters the harshly humorous, damning take on the fringe seen in the abrasively named play we discussed earlier.

“Oh, yeah. The thing itself very much contradicts that. I could not do five one-acts and three monologues in any other place except Chicago. I wouldn’t have an audience for it, nobody would want it. Partly because I’ve worked here so long, but also partly because there is an open door here that isn’t other places. So people will not only say ‘Sure’—they’ll say ‘Sure, and good for you.’