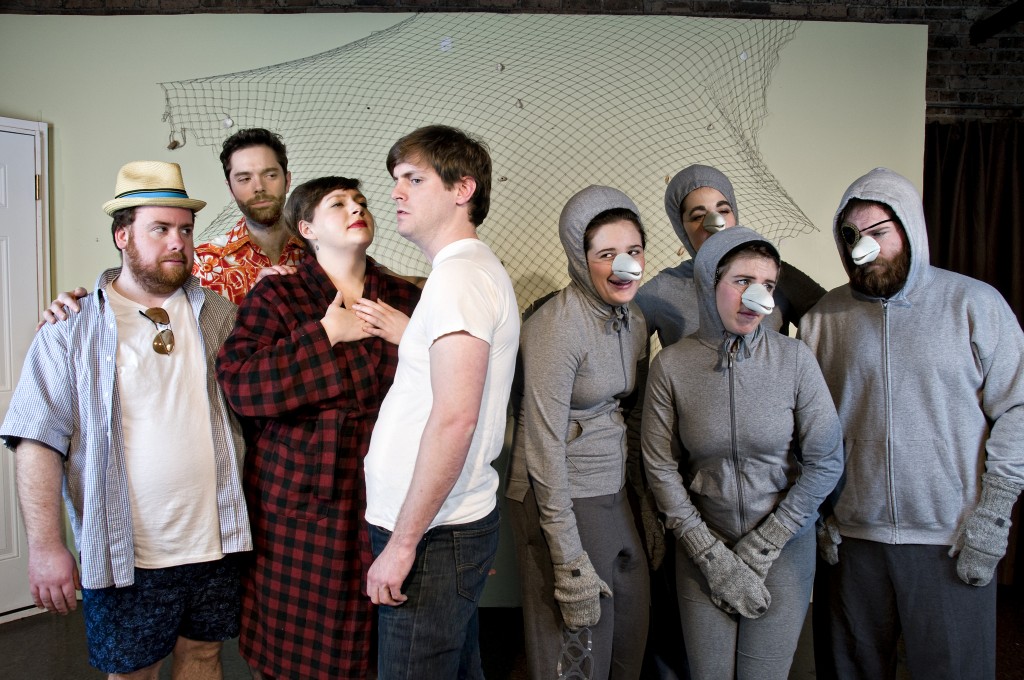 A new musical can often have some rough spots when it first sees the light of day.  “Penny the F*ckable Dolphin: A Love Story” certainly has its share of them.  This play by Kristina Felske asks us to embrace the thought that eighteen-year-old virgin Zack (played by Andy Junk) falls in love with a communicative dolphin (played by Ryan Asher) at the water park where he finds employment prior to heading to college in the fall.

Under the direction of Megan Johns, this silly play about bestiality and incest devolves into an insipid bit of fluff. The script is not a highly evolved piece of writing to begin with, but one should not expect that from an Annoyance musical in the first place.  While not an improvisational show, the production qualities and acting feel of that same fly-by-the-seat-of-your-pants level.

The songs put together by Tim Joyce lack memorable melodies. The third to last song in the show—presumably titled “You Can’t Go Outside of Your Species”—represents the first time that we risk going home with a tune stuck in our heads. Otherwise the score and lyrics barely rise to the level of forgettable.

Were the acting ensemble stronger, the show might have been salvaged from the deep, but sadly only two of the group warrant praise. John O’Toole, as Zack’s mother’s boyfriend, puts on a performance that is believable and funny. And Susan Glynn plays a charming doofus of a dolphin in such a way that the character could fit well in a Hanna-Barbera cartoon. Her full commitment to playing the idiot makes many of the show’s funniest moments come alive.

The disappointment in this show is that it could be far better than it is. It won’t ever rise to the level of fine art, but it isn’t intended to be that. As it stands, it doesn’t seem that the cast and crew put enough effort into the show to make it even a worthwhile piece of entertainment for a Wednesday night.  (Christopher Kidder-Mostrom)