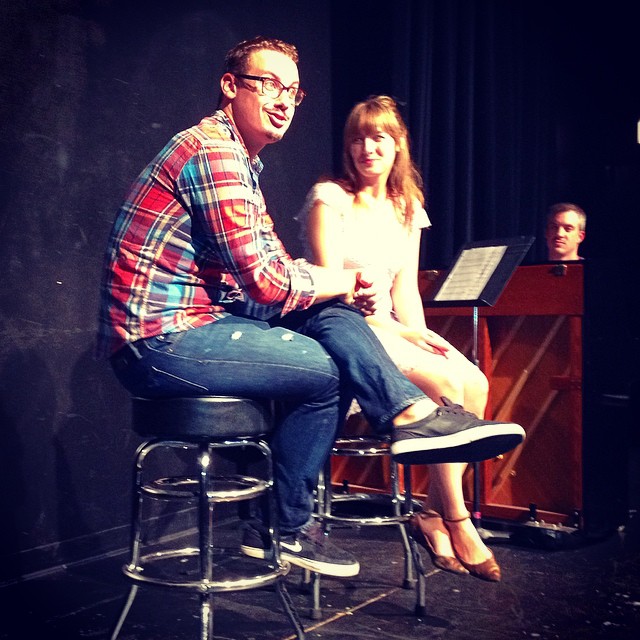 Self-schooled Broadway scribe, gifted theatrical gossip and Jeff Award-nominee Christopher Pazdernik offers up his second dose of Cult Classics—medicine, certain to heal the grey-blues of a Chicago winter. Armed with the charm and pipes of some of Chicago’s heavy-hitting singer/actors (Missy Aguilar, Elizabeth Lanza, Nate Lewellyn and Travis Taylor) and assisted by music director/pianist Michael Kaish, Pazdernik takes his audience on a screaming, crying rollercoaster ride through some of the best and/or funniest “lost” Broadway shows, beginning with Jule Styne’s unfortunate artistic misfires of the 1960s right up to 2014’s “The Bridges of Madison County,” which opened last February and was wrongfully shuttered by May. Supplying backstage stories that make the audience shake with laughter, Pazdernik shapes the show within an historical frame of reference. Here is an evening that will thrill even those unbaptized in Broadway.

Songs from such neglected classics as “Subways Are For Sleeping,” “Do Re Mi” and “The Happy Time” will make you wonder how these pieces ended up in the trash heap. Aguilar and Lewellyn bring the cuteness with Maltby & Shire’s “What Could Be Better?” from “Baby,” and Aguilar and Jeff nominee Taylor offer up a soaring rendition of “Sirens” from Paul Gordon’s “Jane Eyre.” Taylor proves that his sultry baritone defies gravity by soaring up to the tenorial ending of Weber’s “Love Changes Everything” from “Aspects of Love.” (It sounded like the original key to me!) Jeff-winner Lanza, with her sparkly soprano, makes easy work of “Disneyland” from Ashman’s “Smile,” delivered without a single trace of irony, and Lewellyn gives a stunningly sung and acted “A Stranger” from “Big Fish.” Lanza and Taylor sear us with the inevitable closing musical moments of “Bridges of Madison County.”

As Aguilar was chewing up “Invisible” from “Women on the Verge of a Nervous Breakdown,” it occurred to me that the show would eventually end, and even while open-mouthed with delight, I was heartsick.  (Aaron Hunt)