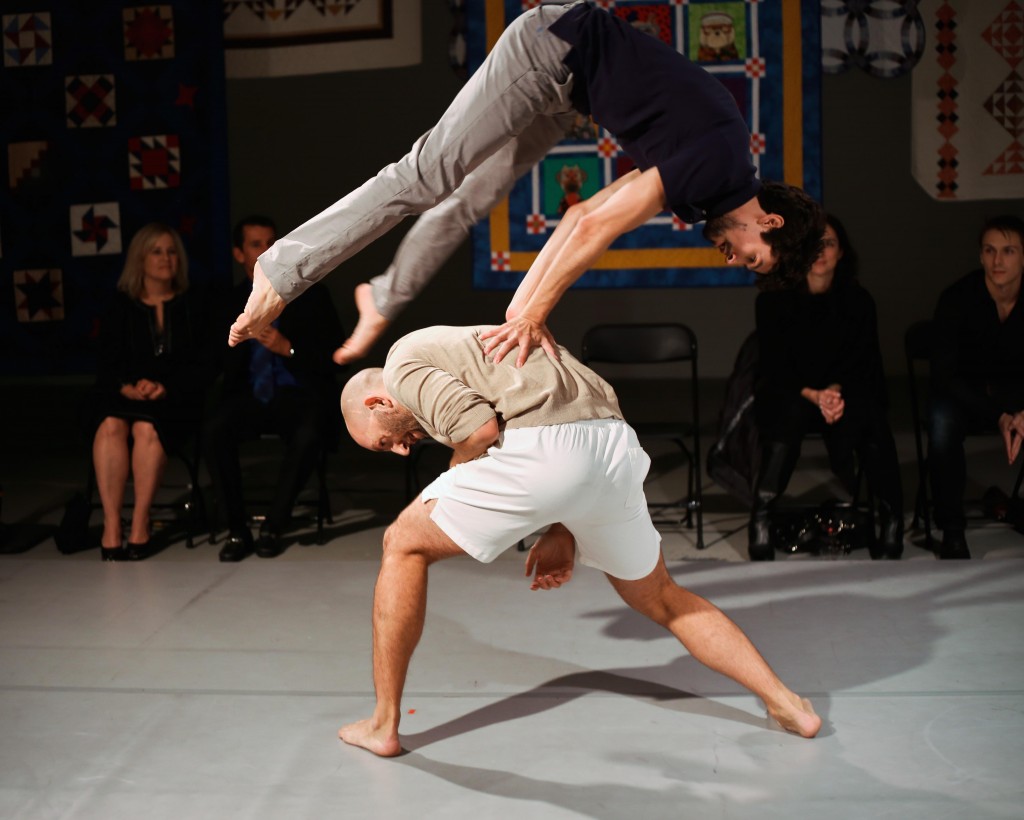 When asked how Nexus Project performances are structured, Ben Wardell pulls a stack of little, hand-torn slips of paper from his pocket. On the floor of the rehearsal studio, he begins laying them out in a flow chart. Which short segments flow into what hinge on the audience: if they’re a little peppier and willing to participate, there might be a short salsa lesson; if they’re more passive and sedate, Ben and Michel will go into their Butoh section. Dozens of possible combinations spread across the floor in a choose-your-own-adventure of dance and storytelling. Past Nexus audiences have become hooked and returned a second or third time to catch gems they might have missed in a prior show.

Wardell, a former dancer with Hubbard Street Dance and Alonzo King LINES, conceived of the Nexus Project as a way to better engage audiences (with the performers and each other), to create a collaborative, constantly deconstructed, exponentially growing catalog of choreography with no single author, and to give more depth to male duets, which are so often reduced to either hyper machismo or homoeroticism. Wardell’s partner and co-choreographer in the current project is Michel Rodriguez Cintra, and their vault of source material includes commissioned work from sixteen other choreographers. Choreographers in the community are invited to create work that will be manipulated, reimagined and deconstructed by Wardell and Cintra before the series of twelve Nexus Project performances hit the stage. The range of movement styles and multitude of variables make each Nexus performance wildly different, with an energy heightened by the intimacy of the space. Seating is extremely limited and tickets are pay-what-you-can; the feeling is of going to a friend’s house to watch something funny, poignant, witty, with amazing feats of athleticism. And there’s plenty of athleticism throughout the show—Wardell and Cintra are tremendously flexible and acrobatic dancers, respectively. They choreographed extremely difficult solos on each other for the performance; only one is performed each night and chance determines their fate.

Nexus Project with Ben and Michel at Dovetail Studios, 2853 West Montrose. January 9-February 1. Fridays and Saturdays at 8pm, Sundays at 3pm. Tickets available at brownpapertickets.com, pay what you can.