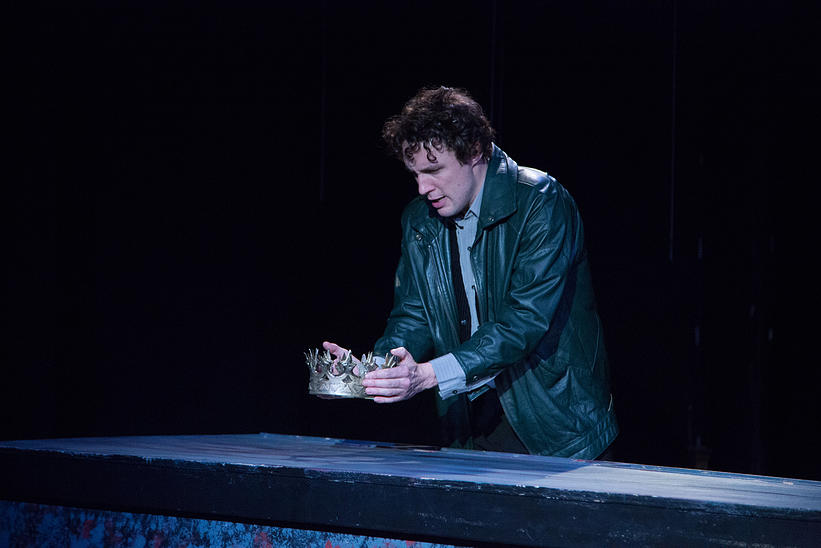 What annoyed me most about City Lit’s “Father Ruffian” is that it is something very old doing all it can to convince you that it is something new. By condensing Shakespeare’s “Henry IV” Parts One and Two, adding in a dollop of “Holinshed’s Chronicles, ” capping it off with a garnish of “Henry V, ” throwing in some iPhones and wrapping the whole thing under a new title, adapter and director Paul Edwards attempts an illusion of newness. Only what he’s done here is not new at all. It is something utterly familiar and woefully disappointing: bad Shakespeare.

For the most part, the show is nothing more than a condensed “Henry IV.” The climactic battle with Hotspur happens midway through Act Two and then we are given a greatest-hits version of Part Two and Falstaff’s death in “Henry V,” all within about thirty to forty-five minutes. It is a production of “Henry IV” that manages to throw in modern touches—iPhones, laptops, the Salvation Army, satellite maps—without ever having any modern observations to go with them. The show has one foot in the past, one in the present, and neither on solid ground.

The set is a black box with platforms that wouldn’t be out of place in a high-school production, and the costumes look like they were pulled from deep, mothballed storage. The sound design occasionally has an odd “kung-fu woodwinds” setting that is simply baffling. Actor Edward Kuffert manages a few moments of charm as Falstaff but the acting in general is unthinking, monotonous and uninspired. Nobody seems to think about what they are saying to one another. As Hotspur, Nick Bonges needs to find his Caps Lock key and make sure it’s off.

There is a moment in Act Two when Falstaff does heroin. He then proceeds to have a lively fifteen-minute conversation with friends and adversaries alike which would be really hard to do if he had actually just shot up. Like everything else in “Father Ruffian” it is an empty gesture, made and then instantly forgotten. (Alex Huntsberger)