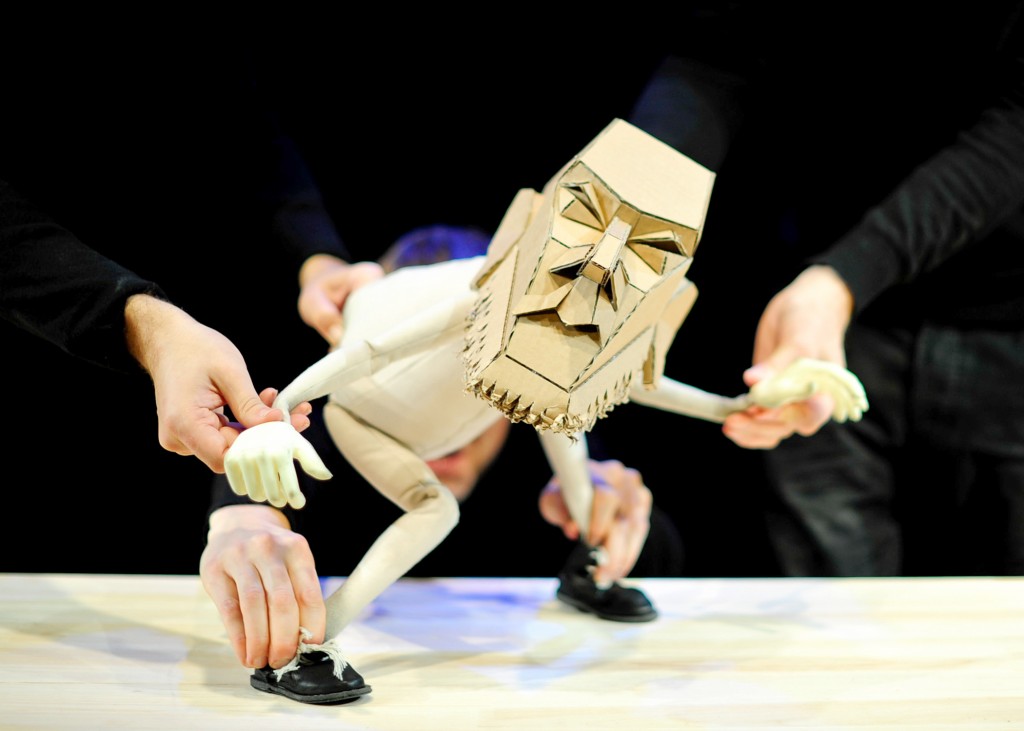 It’s probably appropriate that a show called “The Table” constantly refers back to the fact that it takes place on, wait for it, a table. The frequent reminders are not only funny, but they are also a grounding force for the show’s fizzy, tip-of-the-tongue wackiness: like a jazz song that returns between solos to its basic refrain. The magic of “The Table” is that it makes no illusions about what it is—a cardboard puppet, three operators and a plain wooden table—while still sustaining the illusion of what we are experiencing: one lonely man’s reckoning with his place in the universe. And also puppet sex jokes.

First seen in Chicago in the fall of 2013, “The Table” is a product of Blind Summit, a company based in London. In both instances, it has been brought here by Chicago Shakespeare as a part of their laudable World’s Stage program. This time around it is also here to kick off the Chicago International Puppet Theater Festival, which is exactly what the name says it is: a new festival in Chicago for puppet theater featuring performers from across the globe.

But let’s go back to those puppet sex jokes. They’re very important. Any time a piece can be described as “a deconstruction of X” it inherently sounds like it’s going to be stuffy, academic and dull. For all its calling out of its own tropes—and a wonderful primer on the art of puppetry—“The Table” would not succeed if it were not actually enjoyable from moment to moment.

Happily, it is. It really, really is. Puppet sex jokes. (Alex Huntsberger)