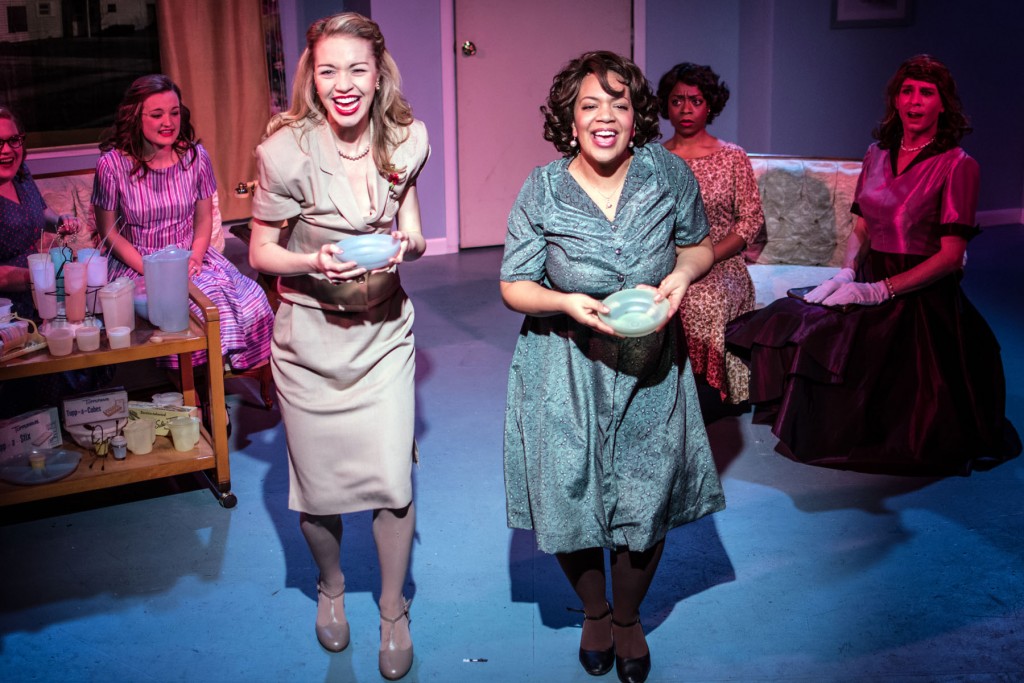 Had “Plastic Revolution” consisted only of its first act, I would have thought it to be an unpolished musical of the ilk that often graces stages of Fringe Festivals around the country. As a full-length musical on a stage that The New Colony now inhabits as a resident company, the piece is a disappointingly rough around the edges work in need of a good workshopping.

The premise of the musical is fun enough: a newly made widow and her newly met neighbor (Sasha Smith and Cassie Thompson, respectively) launch the first-ever Tupperware party, thereby changing the lives of women and of the Tupperware corporation forever. But the performances of the cast vary in quality, as does the score. Solid performances by Smith and Thompson, and a stellar turn by Danny Taylor in drag as the neighborhood’s domineering leading housewife, sadly cannot overcome the muddy harmonies and busy orchestrations.

Both the script and the songs improve during the second act, but then one wonders why the first act even exists. It’s a frustrating play throughout. The characters aren’t developed enough for us to care about them, but use of stage time to develop them further would make this a three-hour slog through a place far hotter than Kissimmee, Florida (the play’s setting).

Spoofing a time prior to one’s own birth can be difficult at best, and that is evidenced by the portrayal of the baby boomers in their youth here. The script is hampered by a lack of depth and therefore seems to be comprised primarily of jokes that may have seemed funny in rehearsal, but don’t translate to the final performance.

I want to like this production more than I do. It is a noble attempt, and there is a kernel of a good play here. Sometimes shows are put up before they are ready. Such seems to be the case with “Plastic Revolution.” (Christopher Kidder-Mostrom)