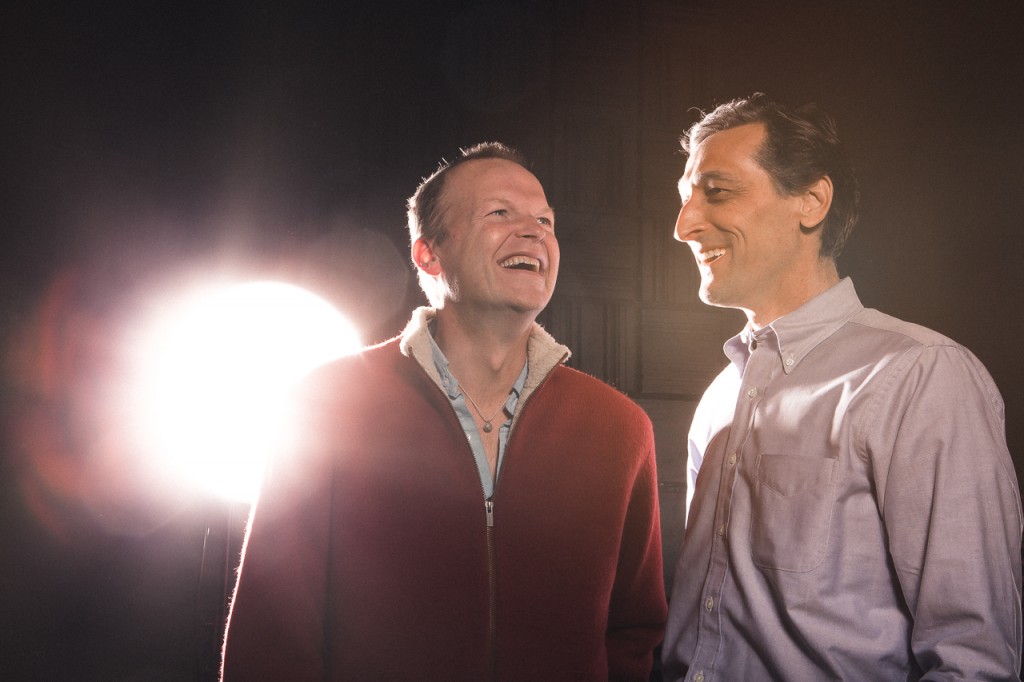 41 TJ Jagodowski & Dave Pasquesi
Directors, The Mission Theater at iO
“Trust us, this is all made up,” this Chicago duo are known to remark before presenting their legendary improvised Wednesday night show, “TJ&Dave.” Though that show is still running, the duo has made up a lot more recently, moving behind the scenes with the movement of iO to the new Mission Theater space (which opened in August of last year) to direct the long-form improvisation group “Tone” on Wednesdays as well as the new iO resident ensemble sketch revue “Trap” on Fridays and Saturdays. “We started an ensemble comedy theater in Chicago,“ says Dave Pasquesi proudly. “This is a town with plenty of theater and improvisation, but not many comedy theaters. We have a non-equity theater that employs actors.” And they’re now going into rehearsals for their second revue. 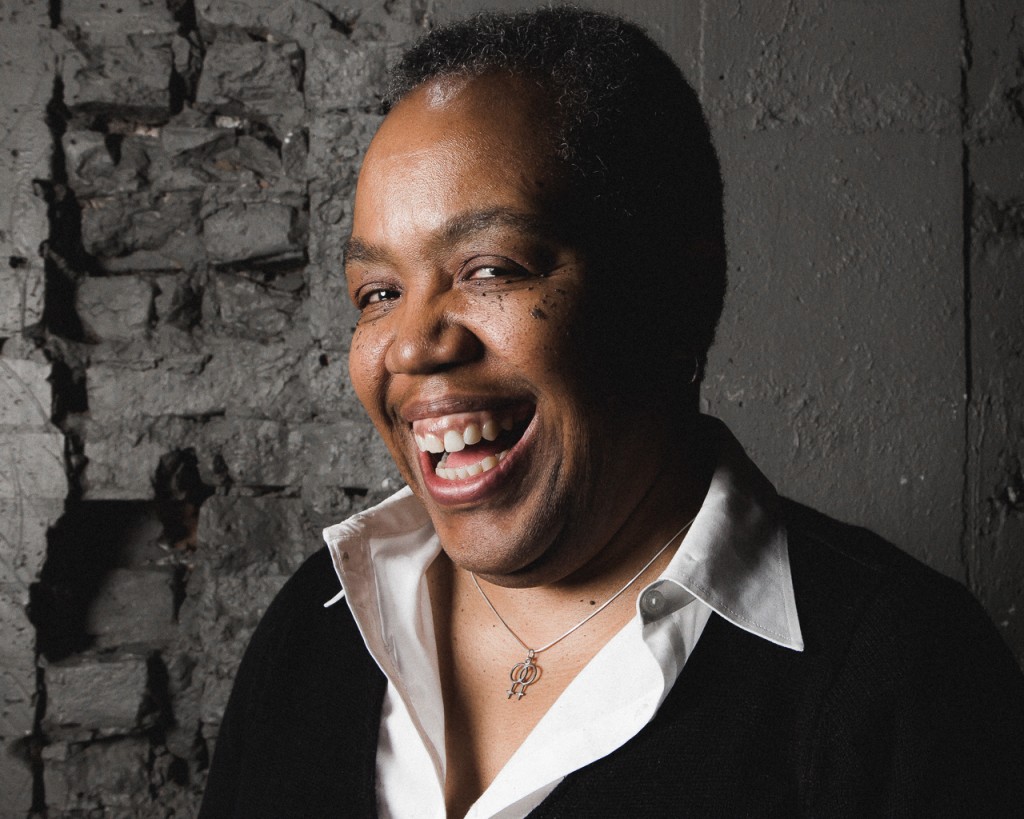 42 Willa J. Taylor
Director of education and community engagement, Goodman Theatre
Willa J. Taylor has served as a linguist in the US Navy and opened her own gourmet catering company. But since 2007 she’s been bringing her unique set of skills (no, not linguistics or cooking) to the Goodman’s education and community-engagement offerings, heading, among other things, the Goodman’s General Theater Studies summer program which helped eighty-one students in 2014, many from underserved communities, delve into their own creativity. If that’s not a big enough number for you, more than 2,800 students participated in the 2013-2014 Student Subscription Series, which offered Goodman productions at no charge.

43 Ryan Martin
Artistic director, Den Theatre
Wicker Park’s The Den Theatre is quickly becoming a hip and influential hub for the Chicago itinerant storefront scene, shifting its center of gravity from the Red Line toward the Blue. Originally opening as a twisty warren of five theaters with a vast, lushly appointed lobby space, The Den recently added a 200-seat black box on the ground floor unlike anything else available. The man behind all this is Ryan Martin, the Den’s artistic director. His vision for a theater complex–cum–Wicker Park bar points toward the future of live theater: part hangout, part high-art, and all mixed up together. 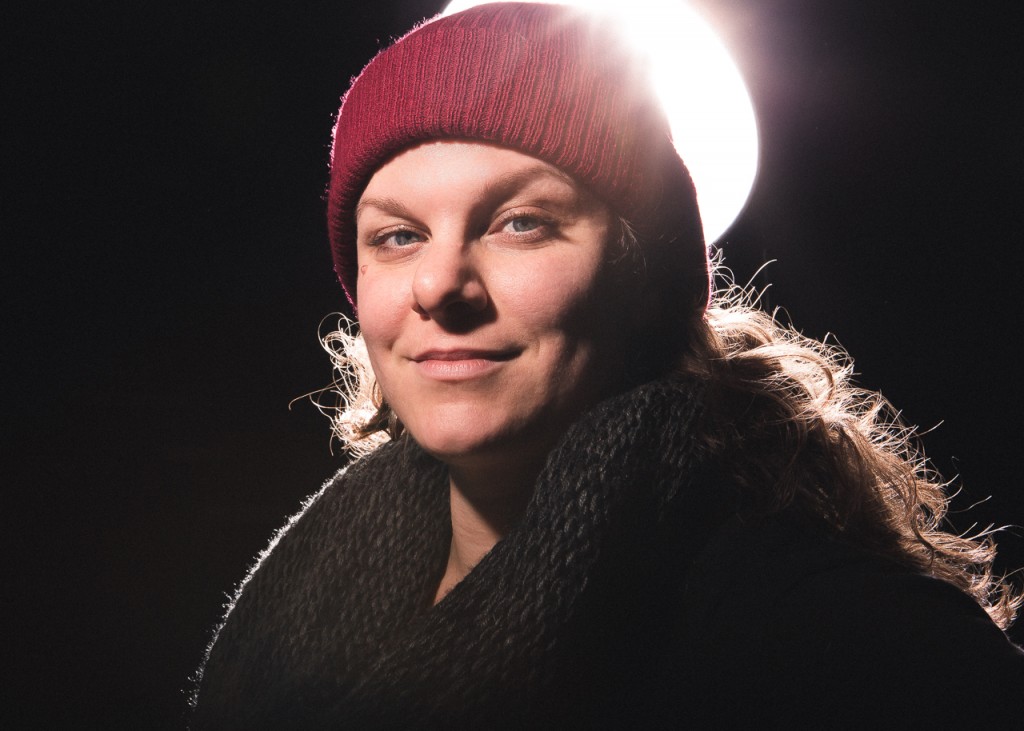 44 Shoshona Currier
Director of Performing Arts, DCASE
The Department of Cultural Affairs and Special Events is by far the largest-scale purveyor of free and affordable arts presentation in the city, and Currier helms the performing arts arm, programming theater, music and dance for the Pritzker Pavilion and the Storefront Theater, as well as organizing events like SummerDance (so popular that WinterDance has now kicked off at venues in the city) and the World Music Festival. Currier also serves on the consortium of the Chicago Dancemakers Forum. 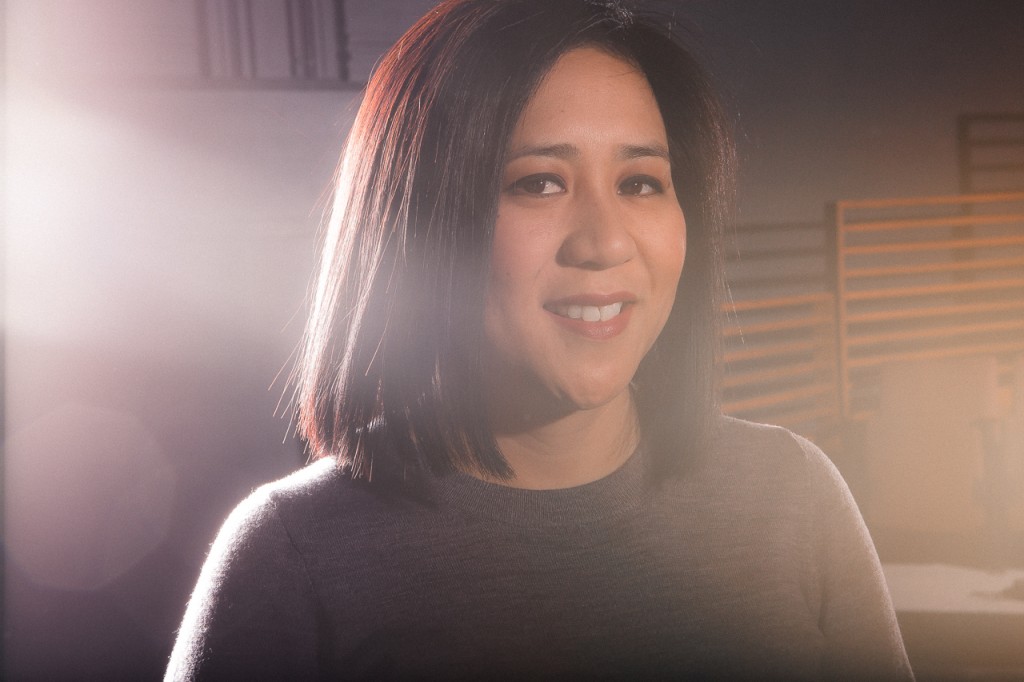 45 Jennifer Beltran Winkin
Manager, UP Comedy Club
Formerly a manager of Gotham Comedy Club in New York, Jennifer Beltran Winkin was tapped to manage the UP Comedy Club after it opened in 2011 and has since been responsible for booking everyone at UP, from local comedians to big names like Bob Odenkirk, Nick Kroll and Maria Bamford. But getting big names isn’t what lands Winkin on this list: what does is promoting Chicago’s own, making sure that even these shows by touring comedians are emceed by local comics as often as possible, giving them exposure when audiences are sure to be at their largest. Though UP is only three years old (and the Second City brand certainly doesn’t hurt), Winkin has made it both a solid touring venue and a great place for new comedians to get their feet wet. “Being kind in this business goes a long way,” Winkin says. With her help, Chicago’s comedians will too. 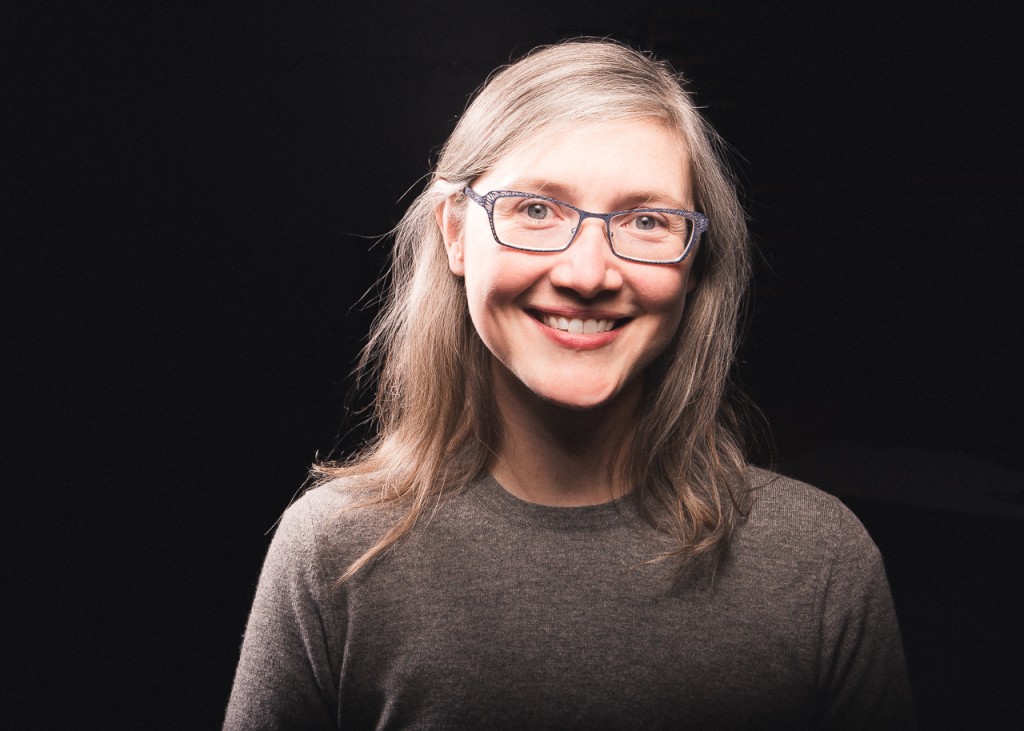 46 Roell Schmidt
Executive director, Links Hall
Roell Schmidt, director of Links since 2009, led the organization from its cramped space in the eponymous building in Wrigleyville to a more spacious, comfortable home in Constellation (formerly the Viaduct Theater) almost two years ago, when Schmidt met musician and Constellation founder Mike Reed on the city’s Cultural Advisory Council. The new digs have proven a more suitable space for the city’s most fertile incubator of experimental performance: welcoming and intimate, with minimal décor and ample room to play. 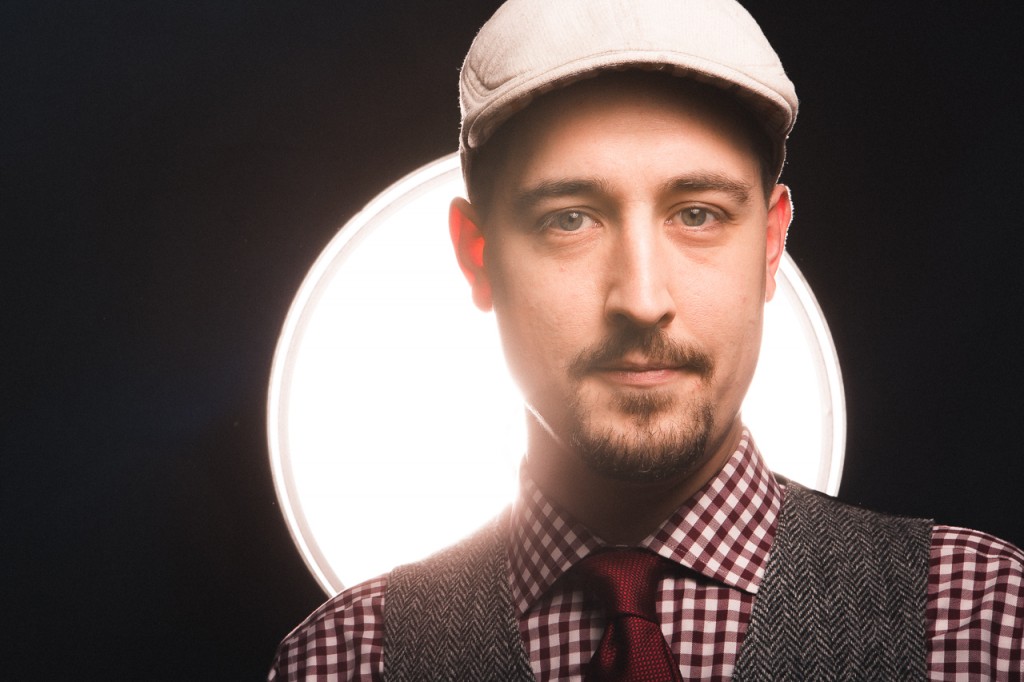 47 Brad Jayhan-Little
Executive director, Oracle Productions
As a founding member (and executive director) of Oracle Productions, Brad Jayhan-Little has overseen a revolutionary demonstration of the way theater can be paid for in this city (or anywhere, really). In 2010, Oracle launched their Public Access Theatre and Free Art For All campaigns, funding their productions not with ticket sales but with sponsors and donations. Several seasons (and thousands of tickets) later, the model is more than working: Oracle shows don’t just sell out because the tickets are free, they’re also known to be original and topnotch. But don’t take our word for it: they won five Jeff Awards last year.

48 Venetia Stifler
Executive and artistic director, Ruth Page Center for the Arts
More than forty years ago, dance icon Ruth Page built one of our city’s great gems for artistic production and incubation, providing pre-professional training for young dancers and rehearsal and presentation space for small to mid-sized dance and theater companies. When Page passed away in 1991, the direction of the Center was uncertain. Enter Venetia Stifler who, since 2000, has kept Page’s vision strong and growing; under Stifler’s guidance, the Center currently houses seven Artist-in-Residence organizations, including River North Dance, ShawChicago Theater Company, American Blues Theater, and Stifler’s own CDI/Concert Dance, and trains the next generation of dancers via the Ruth Page Civic Ballet. 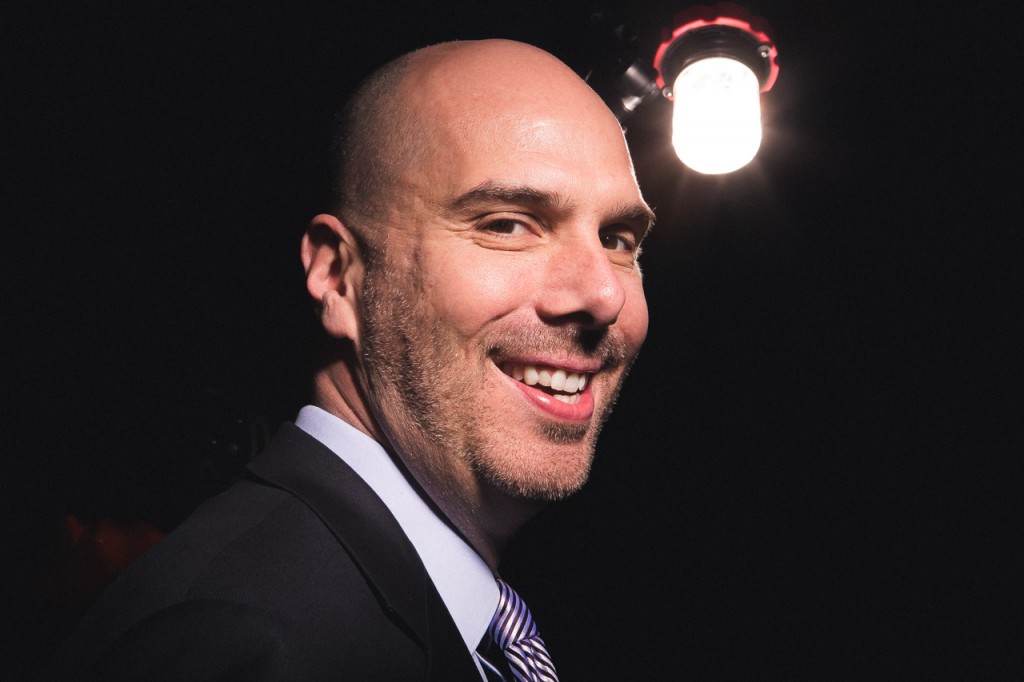 49 Sean Taylor
Central Regional Director, Actors‘ Equity Association
For the last fourteen months, attorney Sean Taylor has been the man in charge of Actors’ Equity Association’s vast central region. Four thousand Midwestern actors and stage managers depend on him and his staff. “Entertainment is the most highly unionized private-sector industry in the country,” says Taylor. “Nobody gets rich here, but members earn enough to pay the bills, and are protected, too. In return, theater owners—and audiences—know they’re going to get quality and consistency.” Pointing to 2014’s two-percent-increase in work weeks, Taylor describes live theater as a growth industry. As with every union, Equity’s leading role is to protect its dues-paying members. But it also serves a quality-control function, according to Taylor: “Our standards ensure that our members are happy—and a happy actor is a good actor.” 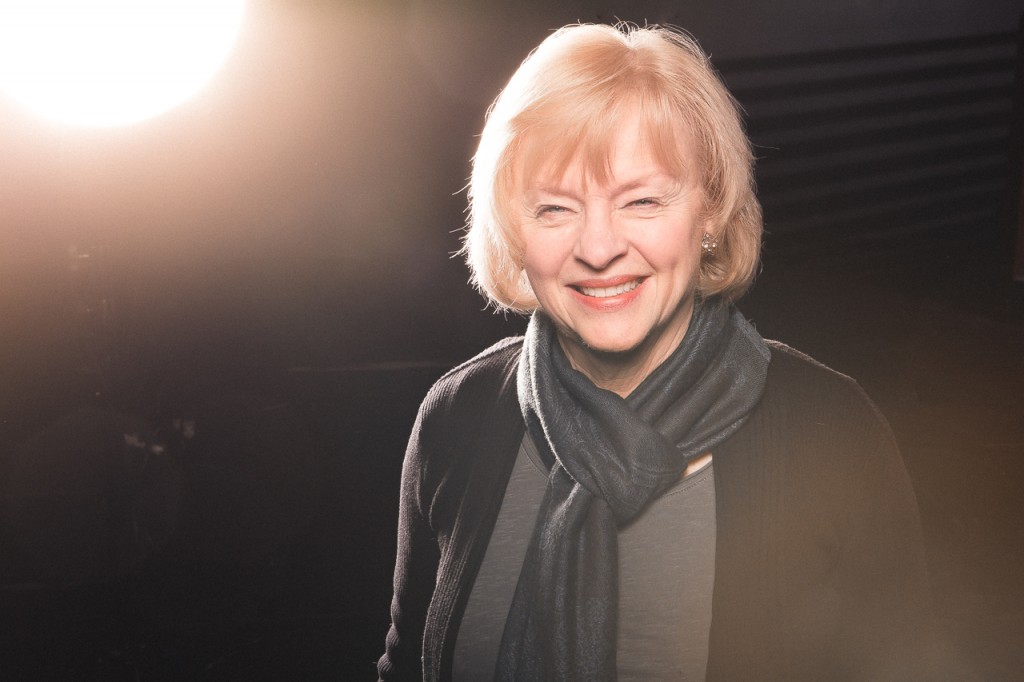 50 Diane Hires
Chair, Jeff Committee
“It is a privilege to represent a tremendously dedicated group of fifty-five theater enthusiasts,” Diane Hires says humbly. As chair of the Joseph Jefferson Committee—the body whose members evaluate more than 250 theatrical productions a year and whose mission since 1968 has been “celebrating excellence in Chicago theatre”—for the last three years she has both enlarged and strengthened the membership of the committee while also improving the production values of both the Equity and Non-Equity Awards events (as close as Chicago gets to its own Tony Awards). Last summer Jane Lynch announced the 2013-2014 equity nominees, her familiar name lending an even greater air of prestige to the announcement. Hires is already anticipating producing the second Equity  Nominations Announcement this August: here’s to drawing attention to Chicago artists.