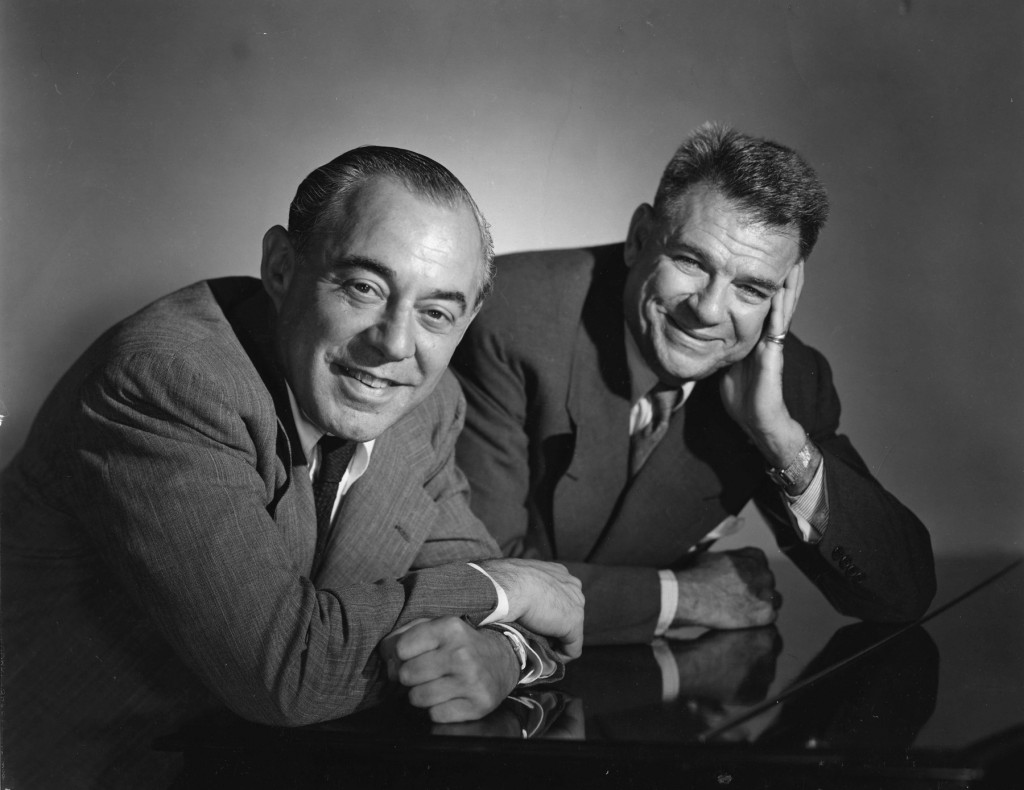 Rodgers & Hammerstein’s third stage production, fall of 1947’s “Allegro,” opened to mixed reviews, creating controversy rather than covenant. After a scrape between the director and the actor’s union and the proposed dismissal of members of the orchestra and chorus to recoup costs became public, the show just couldn’t catch a break, and was shuttered by the summer.

Generally accepted wisdom says that the second outing measures the success of an artist or creative team, be it book, album or musical. At the same time, it seems to be human nature to lie in wait for a defeat, to display the morbid curiosity that causes freeway gapers blocks. The team of Richard Rodgers (composer) and Oscar Hammerstein II (lyricist) ushered in “The Golden Age of Musicals” in the mid-1940s with the ground-breaking “Oklahoma!” which emphasized story, and used songs to continue the story’s arc, rather than riding on the back of an established Broadway star such as Ethel Merman. In addition, Agnes de Mille’s ballet sequence focused on furthering the storyline and fleshing out characterizations, rather than making pretty, cheesecake pictures; “Oklahoma!’ ran for an astronomical 2,212 performances. The duo followed this success with “Carousel.” As was the case for “Oklahoma!” the book of the musical was based on a successful play, with de Mille again supplying balletic storytelling. It ran for 890 performances, despite its dark theme and the unprecedented use of an anti-hero in a musical. It would seem that this second rousing success would have cemented an affection for Rodgers & Hammerstein, and that financially heathy, artfully progressive output would continue in perpetuity.

So, the question must be begged, “What happened?” Highland Park’s The Music Theatre Company explores this conundrum with the unique academic dialogue/musical exploration of “Allegro” in a one-night only offering in Ravinia’s Bennett Gordon Hall. Artistic director Jessica Beth Redish and author Scotty Arnold title their theatrical examination “Oscar & Richard & Joe: An Evening About Rodgers & Hammerstein’s ‘Allegro.’” Redish will direct her concept, with an evening honed by Arnold.

“We started work on the project last summer,” Arnold said, “and did a lot of research. Buried in the New York Library, Yale, we found all sorts of amazing things about the show, and worked on putting it together into context for an onstage production.”

“This is the culmination of my experience and exploration and exposure to ‘Allegro’ itself,” Redish told me excitedly. Her interest was piqued when a friend mentioned Stephen Sondheim’s proclaimed affection for the piece.  If Sondheim’s successful output can be attributed in any way to his continued study for a way to “fix the second act of ‘Allegro,’” (as Cameron Mackintosh once stated), Redish and Arnold are continuing that search.

Was it that this book was penned by Hammerstein himself? Was the story of Dr. Joseph Taylor, Jr.’s move from a small town to the big city and back again uninteresting to “ordinary” people? Did Hammerstein’s self-reflective book tank the show?

“’Allegro’ has the quality of a medieval morality play,” Arnold explained. “The central character has a strong drive, and tries to be good, but is influenced by the people around him. Joe functions as the everyman.”

I asked Redish about the negative effect that de Mille’s work as director/choreographer, now considered a healthy construct, might have had on the show.

“Today, at this point in the creation of a musical, there is a way, merely from a logistical standpoint, we understand how to rehearse: we know to have two rooms as an option, if the piece requires it—dancers or music-working in one, book work in the other, for example. And we are sure to hire assistants to help us have eyes in one room if we’re directing scene work in another. Agnes was the first to bring narrative dance to the conversation. She was an absolute pioneer. Before, the action in musicals would stop for dance, and show girls were often utilized. Storytelling through dance was a revolutionary idea, and it worked beautifully in ‘Oklahoma!’ and ‘Carousel.’ But with ‘Allegro,’ it would have been a lot easier if they all had a source to reference, and from which to adapt. With no tenets, no prior practices around having one individual direct and choreograph, and without the story structure R&H had created prior, how do you rehearse that, how do you create it? There was too much wild exploration on so many fronts.”

Did Rodgers’ soaring melodies fail to bring their accustomed emotional resonance? Was there merely a critical consensus that R&H were due for a fall?  Come and hear some answers—and more questions—posed by Redish and The Music Theatre Company.