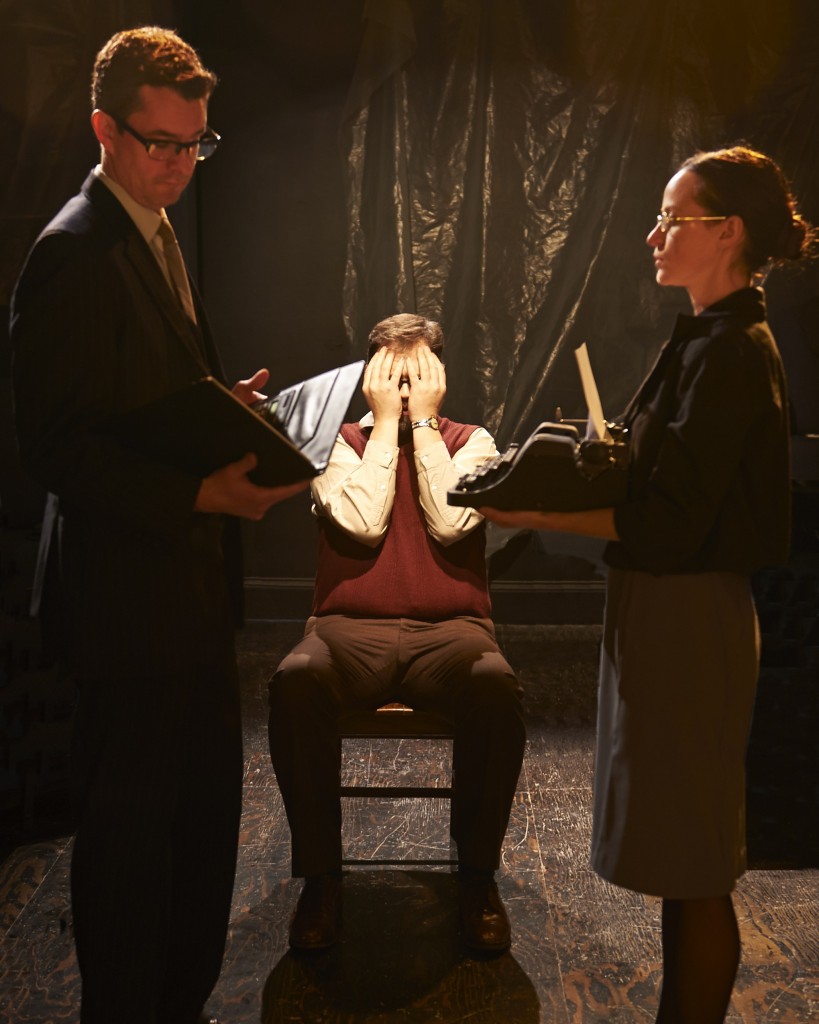 With “The Life and Sort of Death of Eric Argyle,” Steep Theatre Company dares to ask the big question of whether a person’s life matters at all; if a life lived simply and quietly can be something more to the people with whom the person interacts.

Ross Dungan’s play revolves around a trial or hearing of sorts that takes place a couple of days after the death of Eric Argyle, whose post-mortem incarnation is played by Jeff Duhigg. This trial is taking place in the afterworld, and there is pressure on Eric and his interrogators (Alex Gillmor and Ashley Neal) to get a decision made as soon as possible.  As part of this trial, we are shown flashbacks of a series of events in Eric’s life. Within these, the titular character is portrayed by Pat Whalen.

We watch as Eric struggles to deal with the emotions evoked by seeing his past.  We see that struggle.  And yet there is so much that we do not see.

The play is performed almost in a storytelling manner, that of someone reading a book aloud and acting out the scenes between a good deal of narration. Typically it is preferable to show actions rather than to merely tell. This play opts for the latter, and not only in presentation style. The plot functions similarly.

We are repeatedly told that there is something massive at stake, but are never truly shown what that is. We are told that Eric never stopped thinking about Gillian (played by Lucy Carapetyan) over a period of longer than twenty-five years. And we are told that she spent all those years thinking about him. But we never see any evidence of it on stage. This omission is unfortunate, as the entire play’s premise is built on the foundation of the Eric-Gillian relationship we only see in one very brief and incomplete scene.

In the end we are told that this character’s life was worthwhile. With evidence lacking, however, the play doesn’t stand up to cross-examination. (Christopher Kidder-Mostrom)