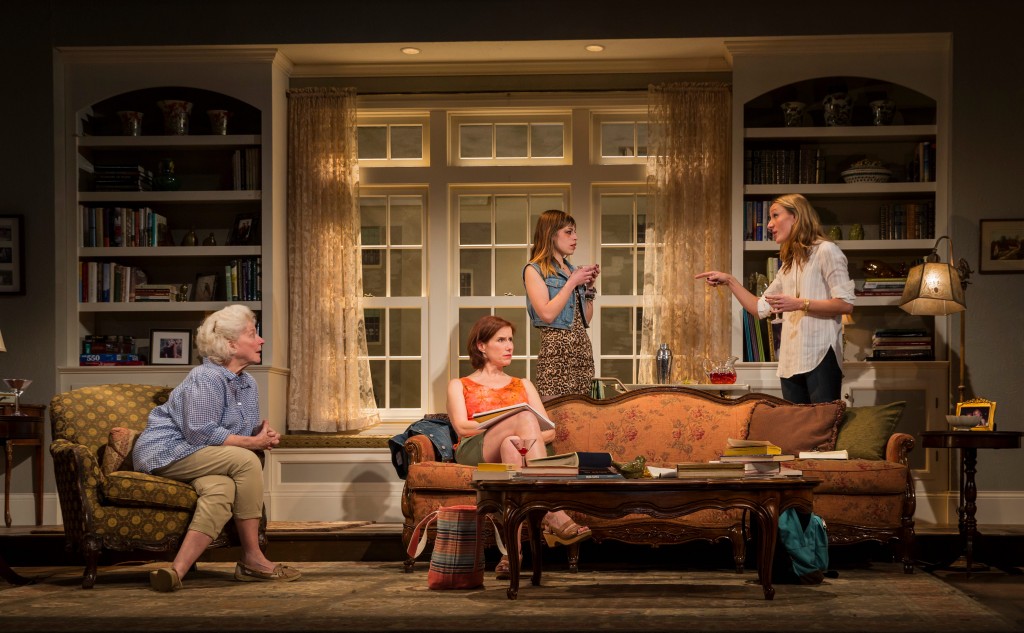 At one point in the first act, twenty-one-year-old Avery Willard (played with comic bravado and youthful vulnerability by Cassidy Slaughter-Mason) explains her lack of interest in “First-wave Feminism” by saying that suffrage for women is so obvious and beyond debate today that it’s not worth discussing. That notion unintentionally summarizes the basic problem with “Rapture, Blister, Burn,” a Pulitzer finalist by Gina Gionfriddo in a Chicago premiere directed by Kimberly Senior: the conflict it is supposedly concerned with, as explored in Betty Friedan’s “Feminine Mystique” fifty years ago, seems similarly antiquated. I’m not a woman, so consider that a caveat. But the idea that women have just two binary choices in life, to either forego career and any kind of personal fulfillment in order to play housewife and mother, or to pursue a successful career and be destined to a life as a lonely old maid, might have had currency back in the eighties heyday of Phyllis Schlafly, a long-forgotten retrograde who is reverently resurrected herein, but is a simplistic (and in its simplicity, demeaning) conversation today.

A complicated love triangle of onetime grad-school pals reunites in their forties, when the successful feminist author, Catherine, panics after her mom has a heart attack. She flees New York City to return home and grapple with her midlife crisis. Her character is a kind of Barbie zombie—unabashedly famous not just for brains but also for beauty, she’s almost an anti-feminist caricature, chewing up one-night stands and drinking into oblivion as she searches for the meaning her life seems to need in spite of her success. (Given her very late substitution for another actor, Jennifer Coombs is something of a trooper in playing cardboard Catherine.) Back home, Jennifer drinks beers in the backyard with her former boyfriend and classmate Don and his wife, her former roommate Gwen (the always-terrific Karen Janes Woditsch, forced to be weak and whiny here). Gwen struggles with the disillusionment of the domestic life she’s chosen. Don, allegedly once the intellectual sparring partner of Jennifer, has degraded into a life of pot-smoking and porn-watching mediocrity; the fun-to-watch Mark L. Montgomery turns him into a real “dude.” 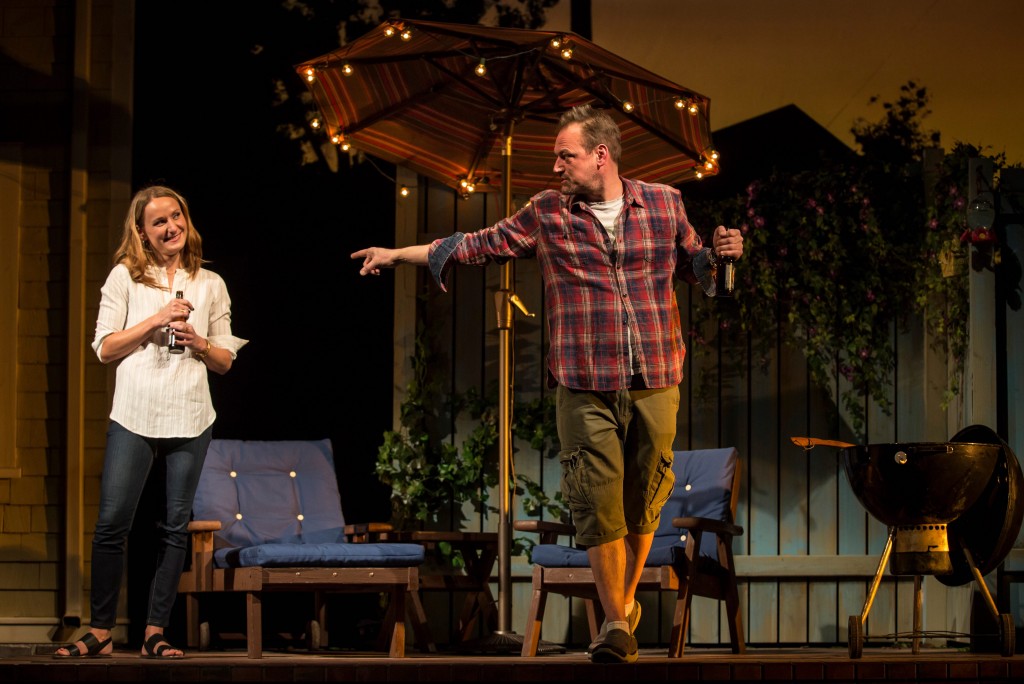 Situation comedy, anyone? Fortunately, the humor is premium-grade sitcom material and many of the lines delivered by Avery and Catherine’s mom Alice (played with charming ditzy genius by Mary Ann Thebus) elicit an uproarious laugh track from the audience. And Jack Magaw’s set offers its own razzle dazzle of moving scenery. But as soon as the laughter stops, the reality of convoluted characterizations sets in.

Simply put, Don is not believable. If he really was the dashing, Whitman-reciting young scholar that both of these bright women fell for back when, we need to see some residual sparks of that, even if blunted by decades of weed wackery. Instead, he’s a poster child for “Just Say No,” to cite another eighties reference with waning contemporary reference. In spite of this, both women want him at the expense of their dignity, in a caveman-like “any penis will do” mindset. I’m not sure who should be most offended: men, women or graduate students.

These kind of internal contradictions and sitcom simplicities ultimately undermine the play’s search for any meaning. No doubt, in these times of “Lean In,” rape culture and Hillary for President, there’s plenty of upside left for women’s issues. But, instead of contemporary complexity, we’re given one-dimensional cutouts straight out of the eighties. Sounds like First Wave problems to me. (Brian Hieggelke)