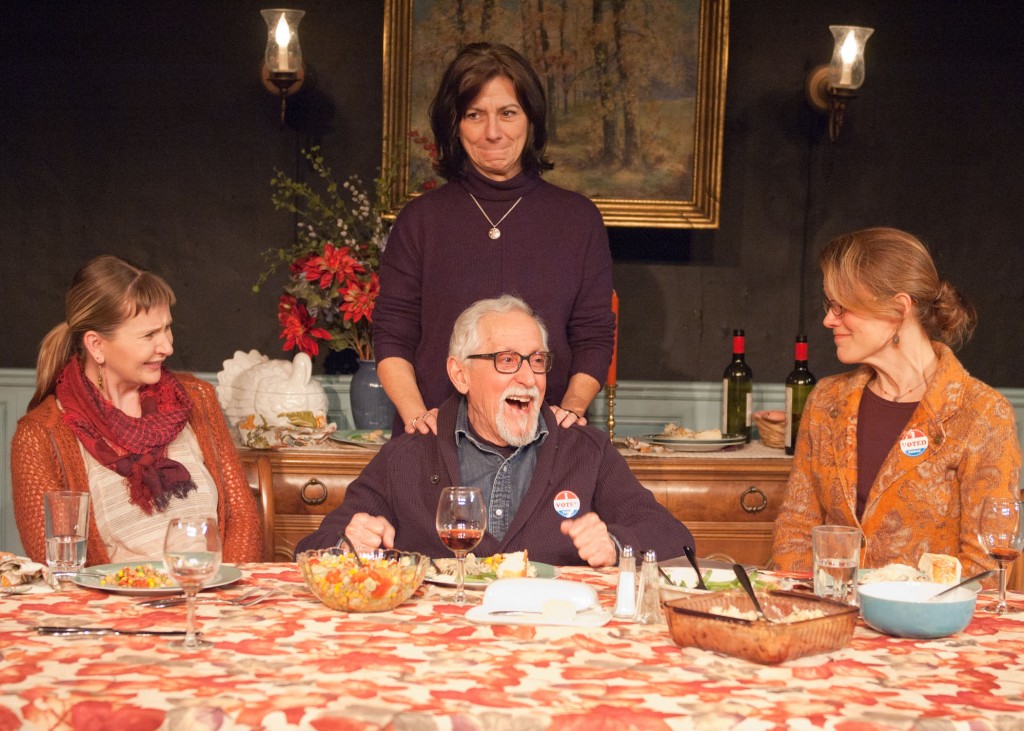 In his funny, wise family drama set in Rhinebeck, New York, playwright Richard Nelson blends Dreiser’s naturalism with Chekhov’s impressionistic allusiveness to show us that politics and open family secrets resist honest discussion as firmly as they did in the 1890s, when Chekhov sketched the charm, the disillusionment, the irrelevance of the Russian upper classes. Listening to the intelligent, frustrated Apple family discuss endlessly and hopelessly the American political stalemate of the last seven years, one can’t help wondering, are we doomed to repeat the fate of the Russian rural gentry?

In place of real conversation, Nelson seems to say, in place of informed judgments tempered by the study of history and by ideals of civilized discourse, instead of wisdom founded on reading and reflection (the only thing that sparks “innovation”), we liberals offer ideas just as conventional, poses just as self-indulgent and self-righteous, formulas just as dead, as the prattle of the super-patriots on the other end of the political spectrum.

Nelson gives his audience a tough mouthful to swallow. We’ve all abused Sarah Palin, whose words inspired the title of Nelson’s drama. Yes, Palin cultivates a truculent, insolent ignorance that begs opponents to despise her, but that’s no excuse. Nelson deftly turned my ears red with embarrassment.

Juliet Hart as Marian Apple Platt charmed me with her portrait of a passionate, Democratic Party partisan. Mechelle Moe plays Jane Apple Halls, the sister of Barbara and Marian, a writer pursuing a thesis on “what ordinary things reveal about our hidden convictions.” PJ Powers as Tim Andrews, Jane’s boyfriend, the outsider who gets drawn into family turbulence, is very amusing. The skeptical, disillusioned Apple brother is Richard, played in a fine understated way by David Parkes. Richard serves as author Nelson’s political-moral voice.

If you enjoy rethinking your political manners and like to laugh while doing so, go to this play. (Bill Sweetland)