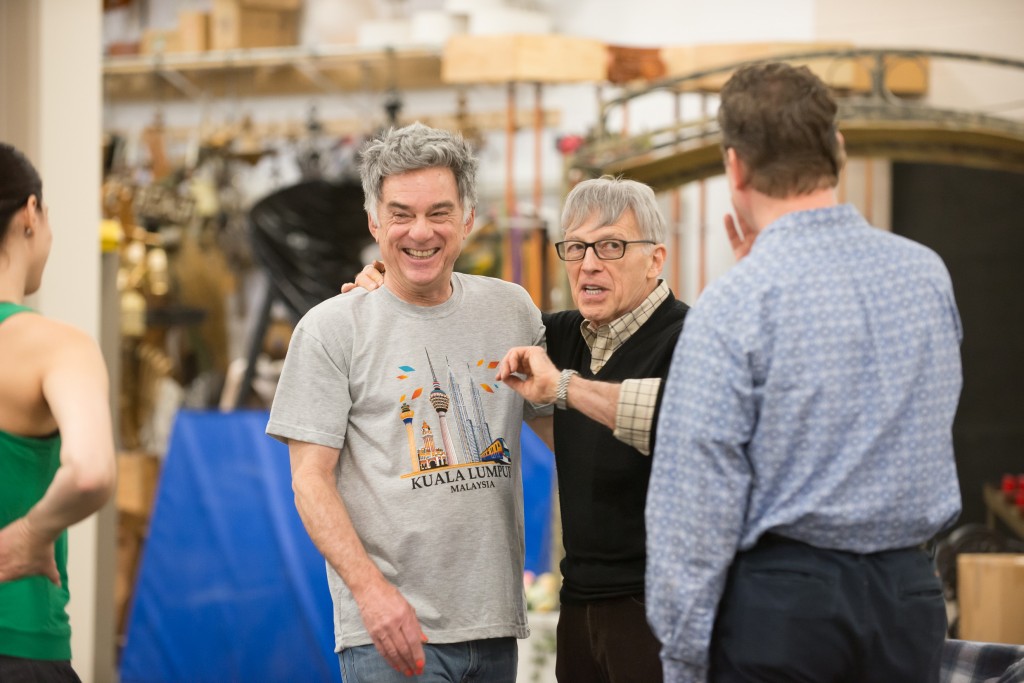 The Marriott Theatre in Lincolnshire is kicking off its fortieth anniversary season and I had the chance to speak with executive producer Terry James. “I came here as an actor in 1981. It was just a theater and a resort in the middle of all these beautiful fields.” Given his thirty-year stint at Marriott, James is perhaps the best positioned to talk about the magic formula that continues to keep Marriott—one of the few remaining in-the round, arena-style houses in the country—Greater Chicago’s longest-running, and most-subscribed musical theater, with 507 Joseph Jefferson Award nominations and 93 wins to its name.

“I think part of the reason we’ve been successful is because of the mix of programming that was developed over the years,” James told me. “We’re doing a classic, a seldom-done show, a new take on a show, a new work; we don’t do the same type of show all the time.”

The stability of Marriott’s subscriber base can’t be overlooked as a factor in its success. And Marriott’s audience isn’t solely Chicago-based, James says. “Our audience comes from Michigan, from Indiana… We have 6,000 subscribers from Milwaukee.”

Trusted by their patrons, and trusting their patrons’ sense of theatrical adventure, the Marriott team has fearlessly created new works. Their production of “Annie Warbucks” toured nationally, and went on to New York; their “Matador” transferred to London. The 2012 production of “Hero,” with a book by Aaron Thielen—one of Marriott’s artistic directors—and music by Chicago-based Michael Mahler, continues to be produced across the country; the media attention it garnered paved the way for partnering with Universal Pictures to turn the film “October Sky” into the “new musical” that fills out the Marriott formula for this year. The team of Thielen and Mahler are already in workshop with the fully cast production, which doesn’t open until August. “We’re the only commercial theater I can think of that risks doing a show from scratch,” James laughs. “Nobody in their right mind would do it.”

James also talked about Marriott’s being one of the preferred tryout spaces for Broadway shows preparing to go on tour. Given the particular strictures of their space, requiring a high level of creativity, “if we can do it, any theater can do it,” James tells me. New York producers see the benefit of this type of trial-by-fire, so Marriott has been able to program Broadway shows such as “Les Miz,” “Sunset Boulevard” and “Miss Saigon” to a Midwestern audience before they were seen elsewhere. “We love starting with, ‘Now, how are we going to do this?’ And that’s what excites everybody. That’s why we have such long-term directors, designers, actors,” James reveals. Marriott’s stage has seen the likes of Kevin Anderson, Heather Headley and Jennifer Hudson before they were household names.

I’m asking James why the choice was made to open with “La Cage” this season when the show’s director, Joe Leonardo, steals some time away with the eleventh day of rehearsal to join our conversation. Leonardo, multi-Jeff-award nominee, made his Marriott directing debut with “Forum” in 1979, and most recently directed “Light in the Piazza” there.

“I think it’s as timely as ever. I have a great fondness for this piece. I thought I’d just dig up my old script with the blocking already prepared, but it was lost in a move, and that was a very good thing!” Leonardo chortles. “We’re doing the new 2010 version. It’s not different structurally, but there are a lot of new jokes, a lot of new takes on scenes. So we’re starting fresh.”

James adds, “It was one of our most successful shows. At its core, it’s a very traditional, family musical.”

Jeff award-winner Gene Weygandt and David Hess—who has appeared on Broadway in the title role of “Sweeney Todd”—star as Albin and Georges, respectively, in Marriott’s production. “Gene is such a consummate actor. He’s very meticulous. He’s going to be very funny. I’d never seen David perform before, but that’s the beauty of the computer. I looked him up!” Leonardo tells me.

James explains to me that, at Marriott, it was all about the casting. “There’s no hiding. You can’t turn upstage. There is no upstage.” When asked about future plans for The Marriott Theatre, James says, “We’re going to keep doing what we’re doing. You may have Broadway in your backyard, but there are many different packagings of any show. If you’ve seen ‘La Cage’ elsewhere, that doesn’t mean you’ve seen it here.”