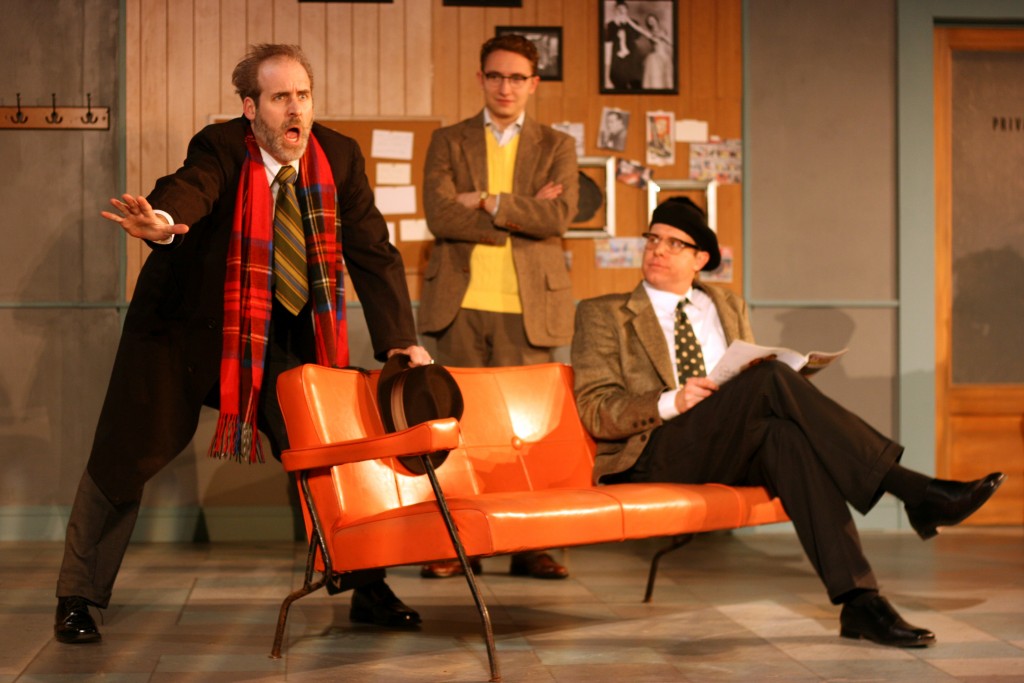 Neil Simon has written six plays since he penned “Laughter on the 23rd Floor, ” but this work almost feels like the final piece of the scribe’s life work. It is an homage to the days Simon spent writing for Sid Caesar’s “Your Show of Shows” in the 1950s, an adventure in television’s early days with a staff of writers who are generally regarded as comedic geniuses.

Simon’s play captures those geniuses at work. Under Alison C. Vesely’s direction, the cast of First Folio’s current production has mixed success in bringing that genius to life, but there are certain standouts who make the show very entertaining. Andrew Behling plays Lucas, the play’s version of Simon himself. Behling, as the show’s narrator, connects with the audience and has us on his side immediately. Wayne Temple also shines as Milt, and not always due to the obnoxious costumes he dons. When the two of them share the stage, there is a natural chemistry and affinity that is clear and enjoyable. And since each act starts with Milt’s interactions, that’s a good thing.

Sadly, the actors who play the roles of Max Prince and Ira (characters based on beloved comedy creators Sid Caesar and Mel Brooks, respectively) don’t carry their parts past the reciting of lines. They should be empathetic, though wildly eccentric. Kevin McKillip’s portrayal of Ira is half caricature and half impersonation of Kramer from “Seinfeld.” If a smile is fake when it doesn’t make it all the way to the eyes, then his Ira doesn’t approach his peepers. René Ruelas does his turn as Max Prince, but seems at times to be searching for his lines, which kills the pacing of a show that is based on barbed whip-cracking wit.

The show is solid, and the remainder of the ensemble pulls together a great performance. Simon’s nostalgic love for his past shines through. And we share in that aura of a good time past. (Christopher Kidder-Mostrom)