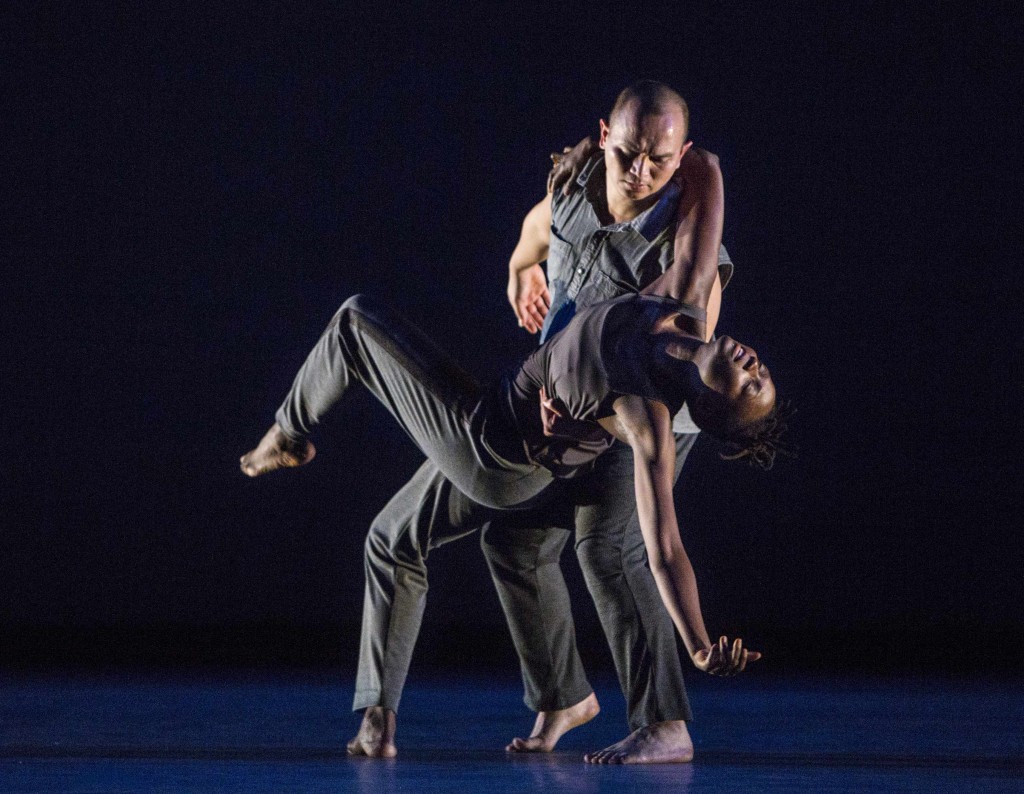 In David Roussève’s tender new work, the fragmented, abbreviated language of texting becomes the building material of a story that is at once funny, sad and deeply humane. The hopes and frustrations of a young, unseen protagonist are splashed large on the back wall—emphasized with plentiful punctuation and emoticons—like a digital diary kept in Twitter. In the foreground, the ten members of REALITY give physical expression to his emotional life, dancing out the frustrations, drives, joys and fears of a black gay teenager navigating an inner-city world that is at once hostile and beautiful. The theater is transformed into the interior of his mind and we gaze out through his eyes at psychedelic constellations and birds taking flight, the dancers in the foreground spinning with ecstasy. The boy’s dead grandfather occasionally Skypes into his dreams with words of love and encouragement. Though choppy and humorous at first, the simplicity of the text statements driving the narrative ultimately lend to their emotional honesty, horror and, at times, poetry; the tale ends in violence and tragedy, but it is told with gentleness and compassion, the strains of Nat King Cole promising the romantic life the young man longs for. (Sharon Hoyer)