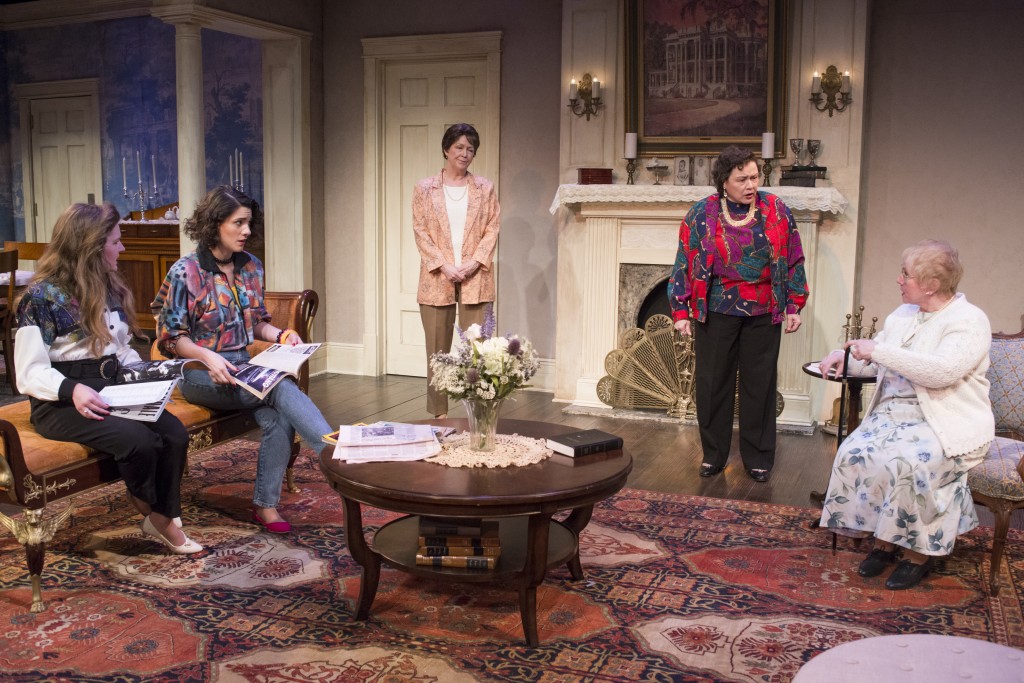 The hymn “Rock of Ages” echoes through the first half of Horton Foote’s domestic tragicomedy, but more apt theme music would be “Money (That’s What I Want).” The subject here is greed as it corrodes the ties that bind, reducing the once-grand Gordon clan of South Texas into a squabbling spectacle worthy of Jerry Springer.

The action takes place in 1987, during the Reagan era and a downturn in the Texas petro-economy. Three generations of Gordons have gathered at the handsome old manse, gorgeously executed by designer Jeffrey Kmiec. They include venerable matriarch Stella (marssie Mencotti); her three middle-aged children (Millie Hurley Spencer as the dutiful widow Lucille, Ron Wells as the dissipated Lewis and the ever-dependable JoAnn Montemurro as petty, aggrieved Mary Jo), Lucille’s boy, known only as Son (Tim Martin), who manages the estate; and Mary Jo’s down-on-his-luck realtor husband Bob (Jon Steinhagen) and their big-haired, spoiled daughters (Angela Sandall and Kathryn Acosta). Also in attendance are the family’s faithful but equally quarrelsome family retainers, including the doddering Doug, with eighty-seven years of service behind him, as well as Mildred (Shariba Rivers) and Cathleen (BrittneyLove Smith).

This is one of those large-cast plays that pivots on one role. In this case, it’s Stella, played to fierce, irascible, dotty perfection by Mencotti. While she’s on stage, the play glows with life—and when she’s not, it tends to limp and dither, despite the universally relaxed and responsive ensemble acting. At one point, director Cody Estle envelops the audience in a dramatic pause of almost painful length and intensity, as Stella cogitates on whether to grant an oil lease on the family’s acreage. It’s a moment of pure theater, impossible to replicate in any other medium.

The Raven team has squeezed every drop of Southern Gothic flavor from this warm and mellow script, which has a Faulknerian density of history and narrative. Alas, the play ends weakly, lapsing into a more cartoonish comedy. It’s as though the writer peeked into the darker and harder aspects of his own time, then backed away from the implications. Still, the point is made: A culture that divides and monetizes its patrimony has neither past nor future. This family—rendered useless, fractious and selfish by privilege—in the end must rely on one another, and no reed could possibly be weaker. No wonder the playwright quails. (Hugh Iglarsh)