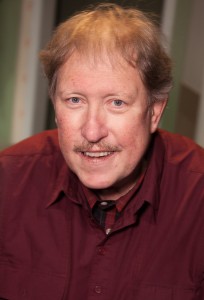 On February 3, Chicago Dramatists announced that long-time Artistic Director Russ Tutterow was stepping down. Tutterow has held the role for thirty years and helped shepherd hundreds of new works to the stage. He will be replaced, on an interim basis, by Meghan Beals, who previously served as the company’s Associate Artistic Director from 2010 to 2012.

Tutterow, who had been on medical leave since August of last year, will be moving into the role of Artistic Director Emeritus and will continue to work with the theater in a consultative capacity.

Chicago Dramatists is the only theater institution in the city dedicated solely to both the development and producing of new plays. Under Tutterow’s leadership, the company grew from a small cohort of playwrights in 1979 to a network of more than 150 today, with its Resident Playwright program providing a home for numerous Chicago playwrights.

Tutterow said in a prepared statement, “For more than three decades, Chicago Dramatists has been a place I call home and it will continue to be as I move into an emeritus role. As I pass the torch to Meghan, I’m excited about the direction our organization is taking in blending the traditions that made us successful with a pioneer approach that will take our work into the future.”

Beals added, “I am so pleased to return to Chicago Dramatists to work with Russ and the playwrights again. Russ has been a tremendous mentor to me over the years, and it’s an honor to take on this responsibility.”

In 2007, Tutterow directed the world premiere of Resident Playwright Keith Huff’s two-man cop thriller “A Steady Rain.” The play was a hit, enjoying a successful commercial run at The Royal George and winning three Jeff Awards, including “Best New Work.” The play then famously continued on to Broadway where it starred Hugh Jackman and Daniel Craig.

Dramatists suspended their production program for the 2013-2014 season citing concerns over money. However, they also recently announced an abbreviated two-play season for 2015, “The Mecca Tales” by Rohina Malik in the spring and “A Work of Art” by Elaine Romero in the summer. (Alex Huntsberger)