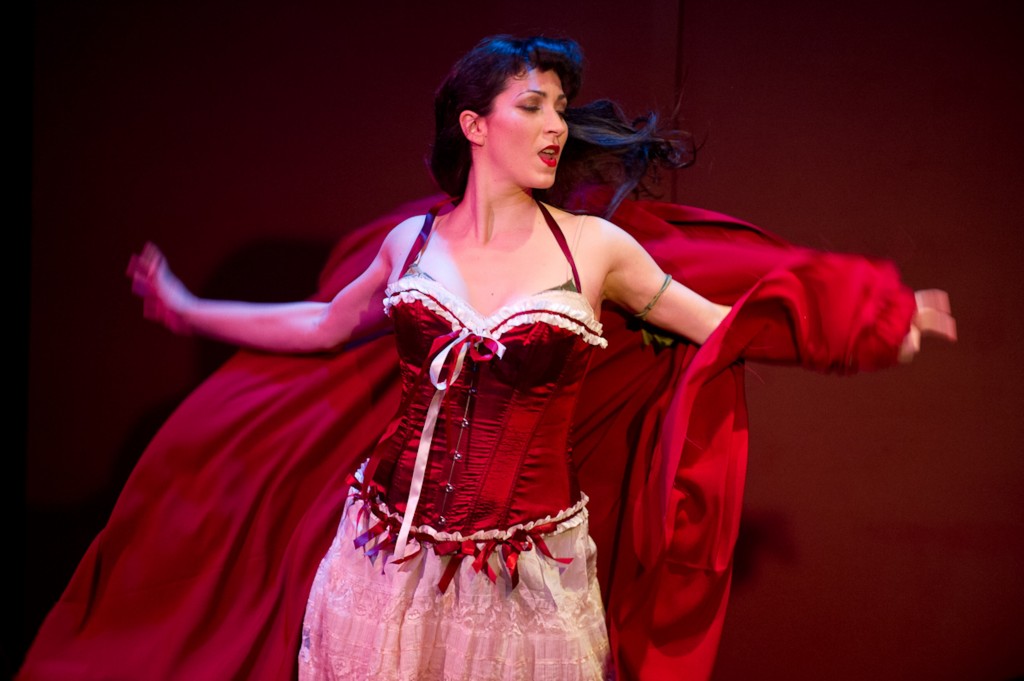 From my experience, burlesque shows tend to be under-rehearsed and badly scripted variety shows that can be fun, but seldom rise to the level of theater. With their current production of “Bawdy Bedtime Stories,” Plan 9 Burlesque rises above that description. You see, they’ve added a script. They’ve clearly rehearsed all the moments within it. And the product comes out enjoyable, funny and something more than the sum of its (lovely) parts.

At the production’s core is a storyline about Aly Oops (Alyson Grauer) discovering a book in the dressing room after one of Plan 9’s other shows. Instead of joining her cast mates at a bar across the street, she reads the fairy tales contained within, and they come alive on the stage around her. Many of the tales lead directly into stripping/dancing sets, but not all do. Others lead to very funny sketches that flesh out the concept nicely and result in many of the night’s heartiest laughs.

We get a glimpse at traditional tales like “Little Red Riding Hood,” as well as more Disney-esque tales like “The Lion King.” Princess Leia makes an appearance, too, thanks to the argument that Disney now owns “Star Wars,” ergo placing it within the same universe as fairy tales.

Some of the musical choices for this show do raise some eyebrows, in that they tend away from the sensual and more into the pounding side of sexiness, playing against the steaminess of a couple of the dances, but the general tone of the evening is sexy and humorous. More often than not, the two intertwine seamlessly and result in one of the best burlesque shows I’ve seen in Chicago in the last five years.  (Christopher Kidder-Mostrom)