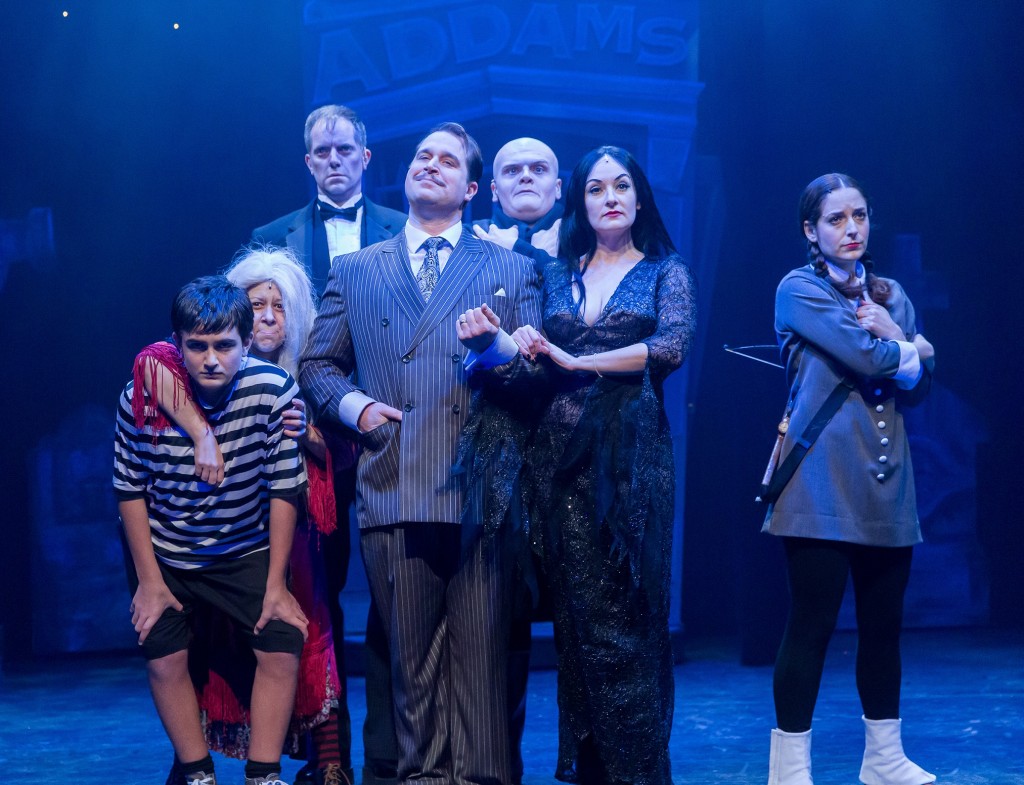 When a play bombs on Broadway after beginning its life in Chicago, one might not expect a terribly triumphant return to the Windy City for that show. However, the version of “The Addams Family” that is currently being produced at Mercury Theater Chicago has a drastically overhauled script and is, essentially, a new play. And that new script is an absolute delight.

With director L. Walter Stearns at the helm, this cast brilliantly brings to life the characters of Charles Addams’ cartoons with Karl Hamilton’s turn as Gomez carrying the show. He is not the kooky Gomez that John Astin once played on TV, nor the more dramatic Gomez of Raul Julia’s cinematic portrayals. He is, however, eccentric and appropriately dark. His timing is perfect and he seems to revel in his own odd behavior in a way that is empowering to both the rest of the cast and the audience as well.

The rest of the family is also strong, with two supreme standouts: Amanda Hartley as Grandma and Harter Clingman as Uncle Fester. While the action of the play revolves around Wednesday (Dara Cameron) and her newfound love for a “normal” boy (Henry McGinniss), the characters at the center of the love story don’t capture as much attention as the periphery. Somehow that seems appropriate, though. “The Addams Family” in all its forms over the years has always made us look at the oddities of our own lives through viewing the absurdities of this macabre family’s doings.

And so, jokes at the expense of Chicago mainstays like “The Bean” and “dibs” do not seem out of place at all, and add to the rewritten charm of the show which is funny, smart and even a little wicked. And that’s good enough to make it the best show I’ve seen so far this year. (Christopher Kidder-Mostrom)