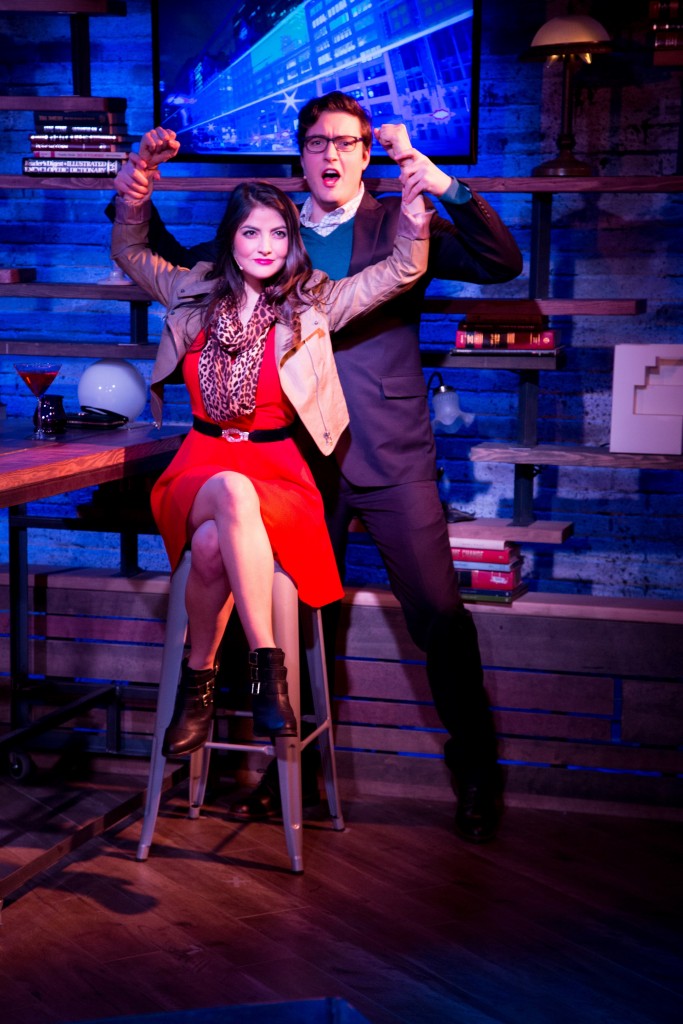 At first blush, the new musical “First Date, ” now showing at the Royal George Theatre, presents the guise of a solid contemporary musical. But once the first impressions wear off, you’re confronted by the realities of the show. The piece suffers the same fate as many a true first date: the flaws become evident to the point of distraction.

At its core the play is about a blind date between the awkwardly nervous Aaron (Charlie Lubeck) and the somewhat self-destructive and sassy Casey (played perfectly by Dana Parker). The two poke around the awkwardness that is a first date between total strangers for the better part of an hour. The remainder of the show is made up of little interrupting vignettes that might be seen as the inner thoughts of these two main characters.

Despite Parker’s stellar turn in her role and Lubeck’s admirable job in his, the characters’ relationship isn’t written well enough for us to care about whether or not they end up together, which should be the crux of this play. And so, the two leads are often overshadowed by the other characters on the stage. Adam Fane’s appearance as Casey’s sassy gay BFF, Reggie, is by far the most memorable part of the evening. His quirky performance and the fact that he owns the only song here that risks getting stuck in your head, allows him to essentially steal the show.

Cassie Slater does a terrific job inhabiting the role of Casey’s sister, a suburban woman who appears tired of life, and yet nevertheless wants others to have that same exact life for themselves. Slater also plays other characters, which are fun and allow her to show a ton of versatility.

The design elements detract from the story. Generally, the aesthetic of the show is more rock concert than theatrical production. The sound mixing isn’t quite right and the lighting perplexed me. Never have I seen so much green lighting thrown onto otherwise healthy looking people, effectively making them look sickly at best. Not ideal for a first date. (Christopher Kidder-Mostrom)