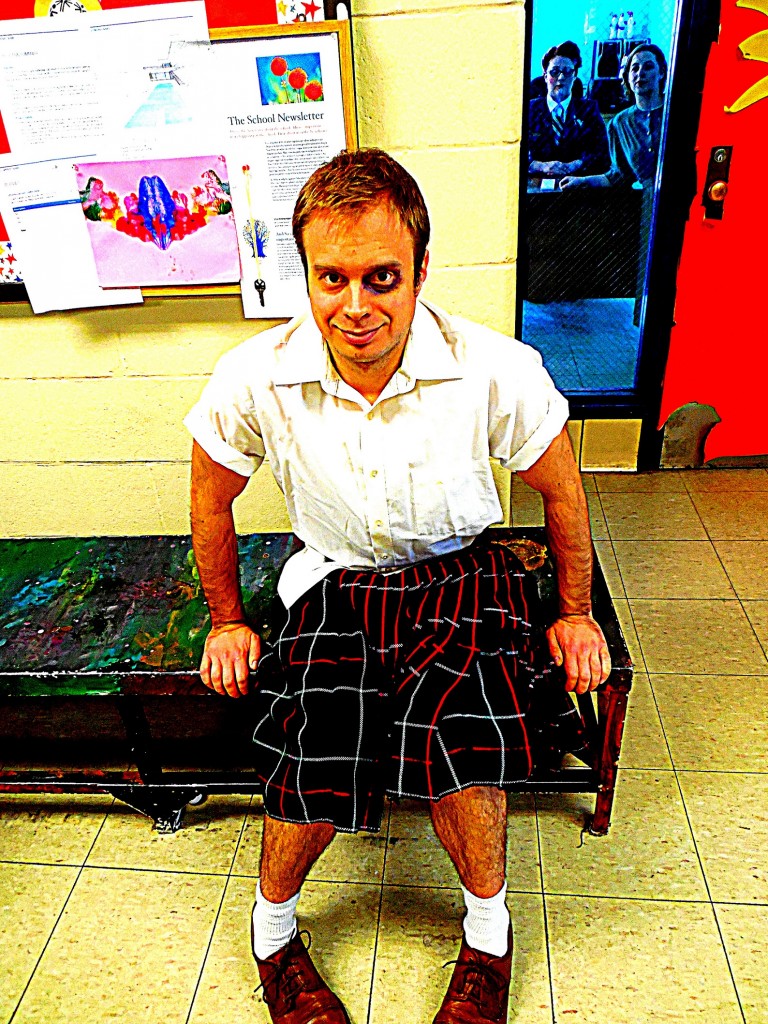 Staged beautifully in the comfy confines of the Indian Boundary Park field house, Christopher Durang’s absurd comedy “Baby with the Bathwater” offers a sometimes nightmarish, often difficult to swallow vision of childhood. And while some of the references in this mid-1980s play feel a bit dated (acid- and cyanide-laced Tylenol seem kind of quaint when compared to global warming and ISIS), parenthood and, more specific to this play, parental failure is not unique to any generation.

The play begins with new parents Helen (Alyssa Ratkovich) and John (Damien Mondragon) unable to settle on a name or a gender for their newborn baby. This is really the least of their problems as they argue endlessly while their baby cries itself hoarse in the bassinet. Coming to the rescue of Helen and John is a rough-around-the-edges Mary Poppins-type nanny (Rebecca Sparks, whose comedic timing steals nearly every scene she is in). Nanny’s advice, though, is sometimes suspect and she is not above giving NyQuil to infants or propositioning lonely fathers. They eventually name the baby Daisy and she grows up an unhappy girl who, when not lying motionless at the park, likes to throw herself in front of moving busses. Eventually she discovers she is actually a boy and then, as a young man, changes his name almost as often as he sleeps with strangers. This young man is played exceptionally well by Jack Swokowski, whose range of emotions is never more evident than in his surreal therapy sessions where he alternately apologizes and then rails against his parents.

That this all works as well as it does is largely a credit to director Kaitlin Taylor who is on the top of her game here. She is especially judicious in her use of space, giving the actors a lot of territory to roam. There are not many belly-busting laughs here but it is not that type of comedy (more like the movie “Boyhood,” but on acid). Parenthood may be a scary, uncertain proposition but this production is a pretty safe bet. (Noel Schecter)