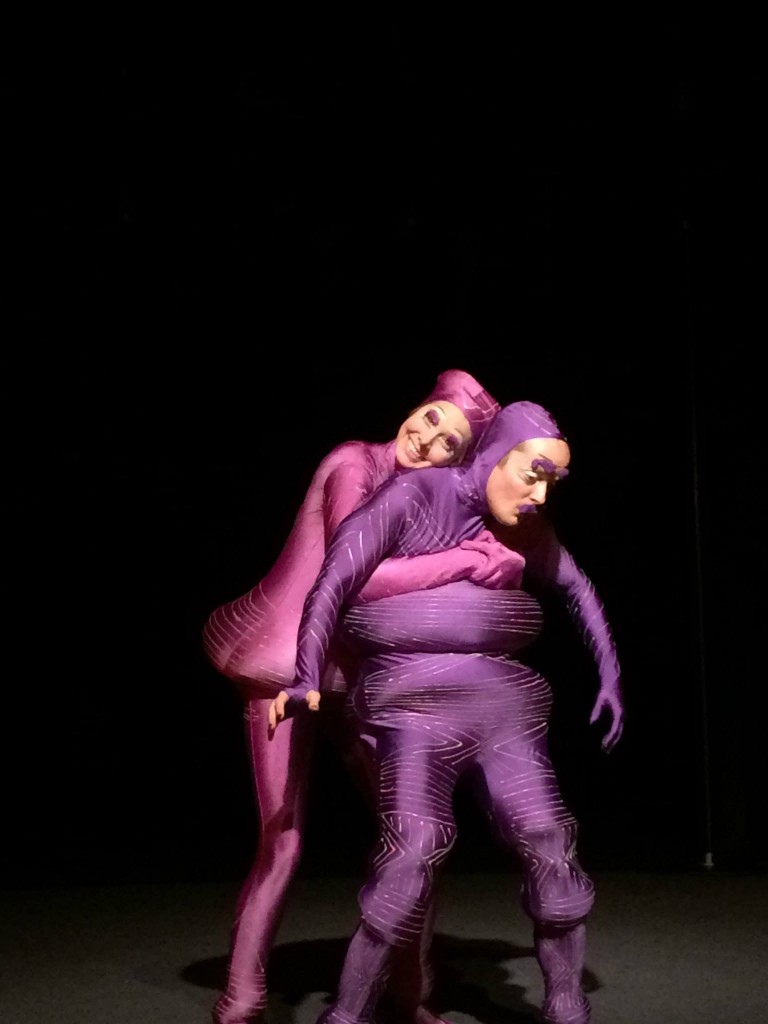 The tardigrade is a microscopic life form that generally lives under water, but can also survive the vacuum of space. In its newest circus show, the Actors Gymnasium looks through the microscope lens at a magical world that such tiny creatures might inhabit. Remarkably engaging clown work by Dean Evans and Molly Plunk carries the audience through an adventure that features scenes accented by juggling, trapeze work and impressive feats of aerialism.

This circus is not only made up of exceptionally skilled performers, but also fitted perfectly to the performance space in which the Actors Gymnasium makes their home. One surprisingly simple and yet brilliantly effective piece bookends the show, as we become familiar with a character who is nothing more than a laser-pointer dot. It dances around mumbling, and discovering its environs. Occasionally, rather than a flat surface, it runs into a light fixture which diffracts its own light into rings, and the accompanying sounds ring out, too. It’s a fun and funny bit of playing that defines the simple and yet brilliant sort of evening that is to follow.

Evans and Plunk take on the personas of tiny tardigrades. And their storyline seems to be one of a silent love story. Plunk’s creature has a crush on Evans’, so much of their story is one of pursuit. Eventually, it becomes one of cooperation and partnership. It’s a beautiful story told through nothing more than movement and a few squishy sound effects produced vocally by Evans.

Along their path, the two discover creatures such as a paramecium made of multiple members of the Actors Gymnasium Teen Ensemble and pool noodles, an aloe-like plant suspended in a silk hammock, and a number of luminescent performances in the darkness.

As far as contemporary circus work goes, it is a show of particular quality, which rises a step or two higher in entertainment value through the novelty of its subject matter. To me, what is essentially a circus in a petri dish can be an infectious sort of fun. (Christopher Kidder-Mostrom)