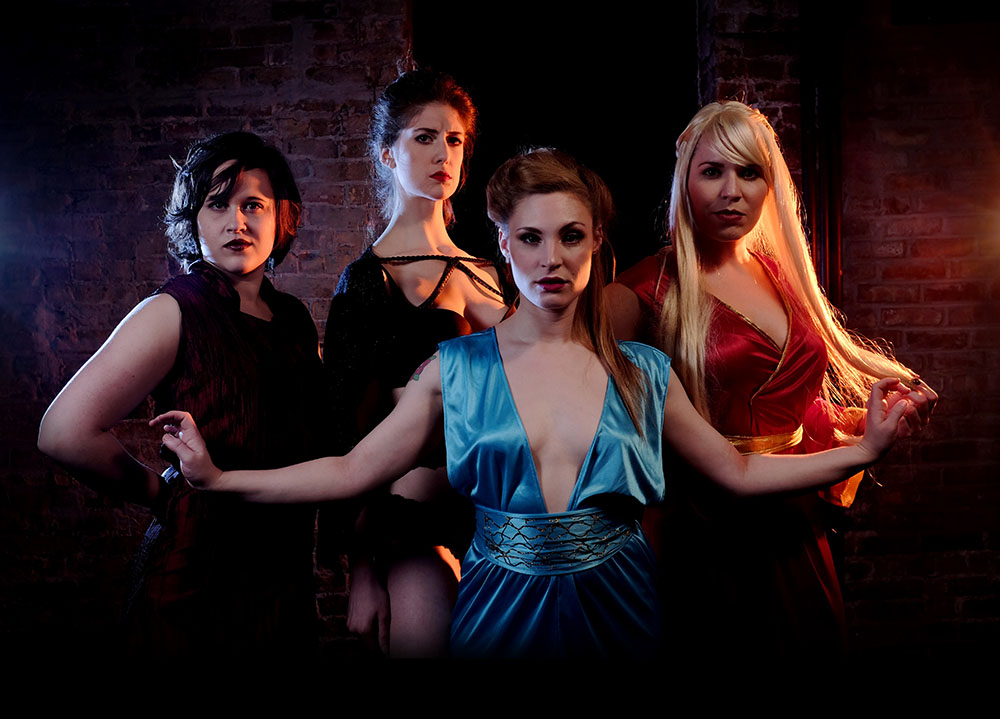 Gorilla Tango Burlesque has made a name for itself in recent years performing nerd-themed burlesque shows. After parodying “Star Trek, ” “Indiana Jones” and other properties, a “Game of Thrones” show was probably inevitable. “Game of Thongs” is that show. So how does George R.R. Martin’s tale of war, political intrigue, sex and dragons translate to burlesque? Surprisingly, not well.

“Game of Thongs” is a fittingly wordy show as a parody of Martin’s verbose tomes. Long scripted scenes loosely connect each dance number. These scenes have an old-timey, presentational, vaudevillian tone. This can work in a show, but it requires a balance of clever dialogue and physical humor that “Game of Thongs” clearly lacks. The humor seems to be, mostly, a list of synonyms for the word “boobs” placed over character names and places from Martin’s novels. Each of these jokes seems to work once, but are repeated over and over again throughout the show, getting less funny with each mention. A little more creativity combined with the bawdy humor would be welcome. The talented cast does their best to make the scenes work, but it’s an uphill battle.

The dance numbers work better, but often seem under-rehearsed. The various dancers are often out of step with one another, creating pieces that ultimately feel disjointed. There are some standout dances. In particular, Jaime and Cersei Lannister dancing to “I Think We’re Alone Now” is a showstopper. Standout performers Bailey Irish as Tyrion Lannister and Bran Stark, and Madamne Marie as Jaime Lannister and Jon Snow elevate each number they’re involved in. The dancing is better than the scene work. Overall, this show would benefit from more burlesque dances and fewer scenes.

This show, unfortunately, played the game of thrones and lost. (Sean Kelley)