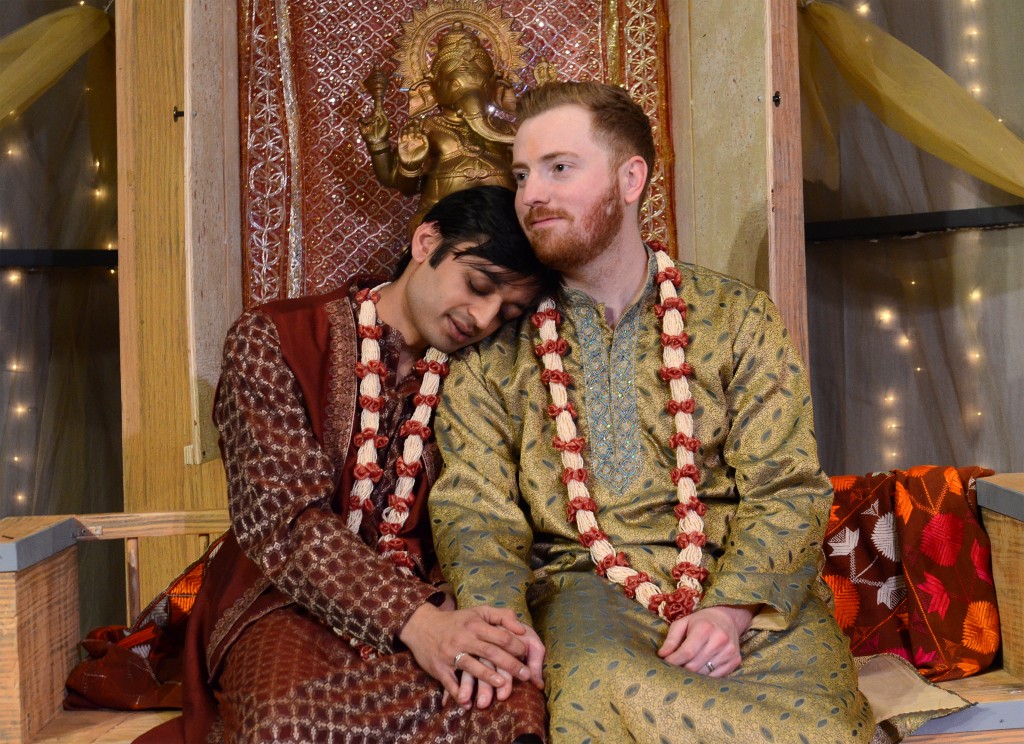 A family sitcom isn’t normally something one might consider eye-opening or horizon-expanding, yet Rasaka Theatre Company’s “A Nice Indian Boy” manages both. On the surface this play is about a young man whose fiancé is meeting his parents for the first time. The plot is complicated by the fact that the fiancé is also male, making this about the contemporary issue of gay marriage. Were that the entire picture, then this wouldn’t be anything new, but it’s the added layer of race that elevates this into a play with many things to say. Naveen (Kaiser Ahmed) is a first-generation American of Indian descent. His fiancé, Keshav (Riley McIlveen), is a Caucasian American who was adopted as a child by an Indian couple, and who therefore identifies himself as part of Indian culture.

Most of the show’s comedy comes out of the generational gap between semi-traditional Indian parents (Alka Nayyar and Kamal Hans) adapting to the challenges presented by their children having been raised in and around American culture. Old customs such as arranged marriages are found to be undesirable by their daughter (Suzan Faycurry) and their son’s sexuality and choice of a mate threaten to cause turmoil within the larger community.

At a cursory level, this play is light and insubstantial. The dialogue is a little clunky at times, and the structure is familiarly formulaic. But it is the more subtle and nuanced aspects of the script that keep one thinking about the show long after the performance. This is a study of what we can each accept in our own lives. What traditions are important? What should be examined from a new perspective?

For a play that touches on serious issues, it is deceptively wrapped in the casing of a light, loving comedy, and this seems the best way to break the ice on such topics. “A Nice Indian Boy” is an enjoyable, yet effective, piece of art. (Christopher Kidder-Mostrom)