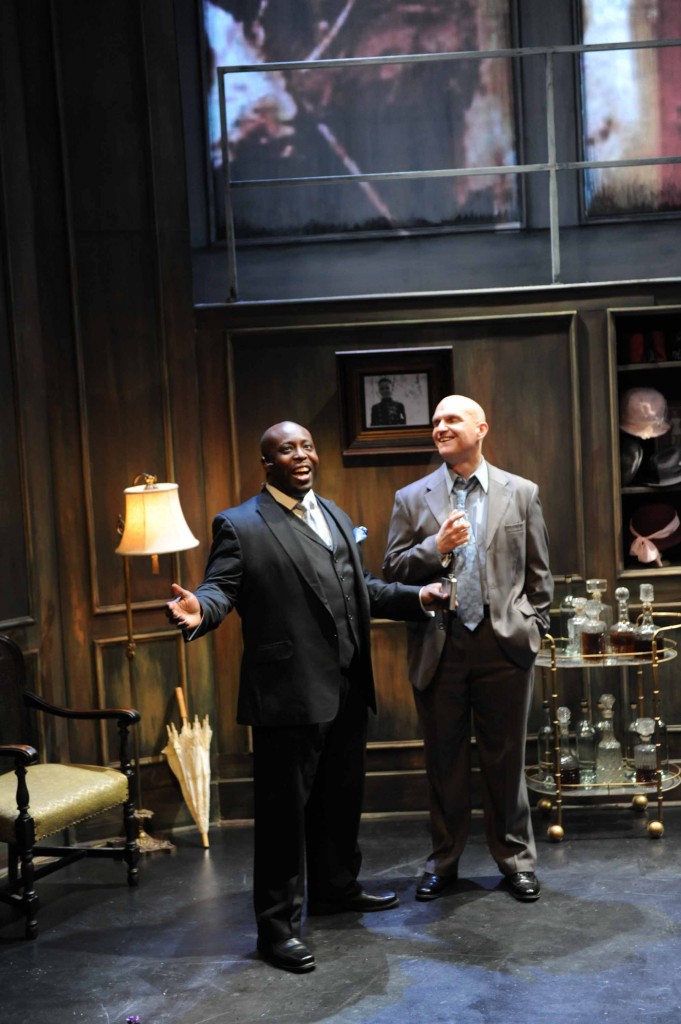 It is hard to imagine a theatrical world devoid of Sondheim’s immense talent. Over the past fifty years he has earned eight Tony awards, in large part due to elevating the expectations of what a musical can accomplish. Sondheim is a composer/lyricist who has always thought big. It is fitting then that James Lapine’s 2010 “Sondheim on Sondheim” (which had a limited run on Broadway) strives to be more than just a big number music revue. Through the careful placement of video interviews set amongst forty musical numbers (which include alternate endings and outtakes from some of his lesser-known shows) the production sets out not only to entertain but to allow the audience a window into Sondheim’s creative process as well as the backstory of his life.

Given their experience staging classic musicals in an intimate setting, Porchlight Music Theatre is the perfect vehicle for bringing this production to Chicago. Director Nick Bowling and choreographer Emily Ariel Rogers do a superb job of patching together all the fragmented numbers into one cohesive theme. The musical numbers are arresting when they should be, but more often complement the oversized projection of Sondheim telling bits of his story (done beautifully above the stage so that he is often overlooking the production). A perfect example of this is Sondheim interrupting Sweeney Todd’s “Epiphany” (sung masterfully by James Earl Jones II) to explain both the barber’s motivation as well as the menace he is poised to hurl at the audience. A Sondheim lecture deserves a careful listen.

The cast is also a delight to listen to, with James Earl Jones II, Rebecca Finnegan and Adrienne Walker standing out for their big vocals. Musical director Austin Cook’s on-stage piano play is also commendable and does well in representing a young Sondheim at work. From start to finish this is a production that works. The casual fan will delight in standbys such as “Send in the Clowns” and “Comedy Tonight” with the more veteran theatergoer marveling at the more obscure offerings. To say that Sondheim deserves this production is a compliment indeed. (Noel Schecter)