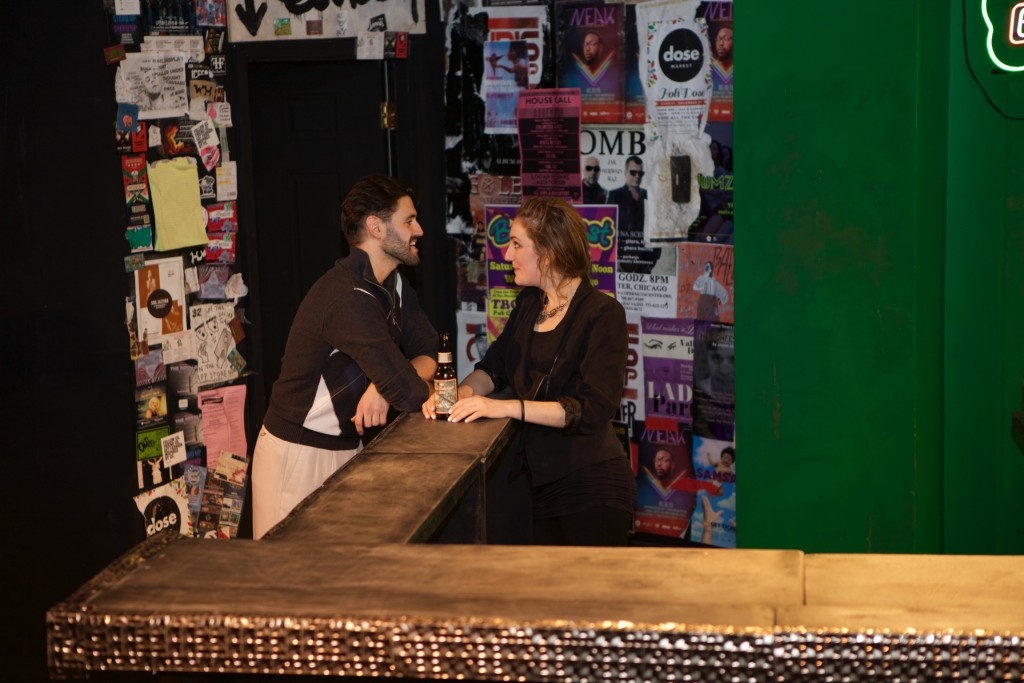 The four characters that make up the entire cast of Ryan Cunningham’s and Joshua Salzman’s “Next Thing You Know” are all coming to the end of their days as twenty-something New Yorkers. And, as one song states, they are all “Hungover” from the extended adolescence that the twenties have become for the Millennial generation. Through Cunningham’s book and lyrics we learn that some of them want to start living like grownups, while the others want to reclaim the years they have wasted. Would that I could reclaim the eighty-five minutes that I spent viewing this show!

Not only do all the songs in this new musical sound generally the same, but Salzman’s melodies consistently hover outside the top range of the men in the show. Frustratingly, the orchestration is actually quite enjoyable, and the four-part instrumentation of violin, guitar, cello and piano under the musical direction of Michael Evans is a highlight of this production. The show’s overture is the musical high point, and raises expectations. Sadly, the ride is downhill from there.

Any story, in order to be successful, has to have something at stake, and the stakes themselves have to be high enough to make us care. The conflict of this play hinges on whether Waverly (Morgan Glynn Briggs) and Darren (Taylor Okey) will get back together after breaking up due to a misunderstanding over a non-event. Further complication is added because Waverly must decide whether to accept a full-time job or not. Throughout director Ross Egan’s spare staging, one gets the idea that we’re supposed to be pulling for these two. However, the breakup of these insipid wannabe adults seems to make more sense than anything else in the play. In fact, Waverly’s rebound relationship with Luke (Jameson Wentworth) holds more interest and promise. Real potential for conflict is there. Unfortunately, that is not the tale being told. Eventually, predictably, Waverly and Darren reunite in what may be the most appropriately unremarkable ending to a forgettable modern musical. (Christopher Kidder-Mostrom)