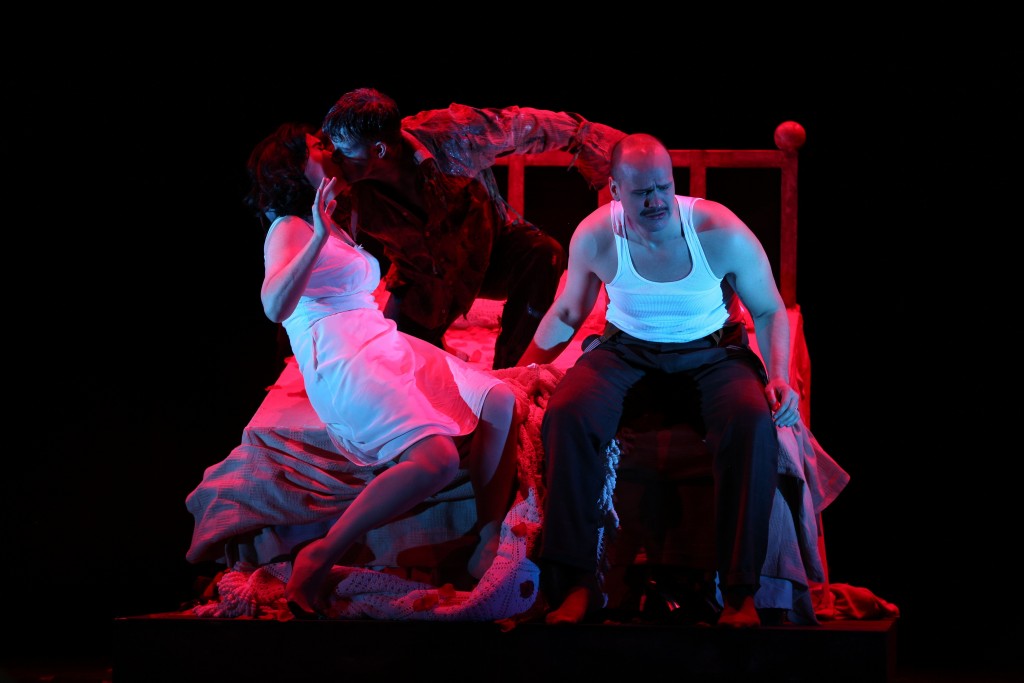 Chicago Opera Theater’s “Thérèse Raquin” is the all-around finest production I have had the pleasure to enjoy in any 2014/2015 season, including those at The Met and Lyric Opera of Chicago. Composer Tobias Picker’s score transcends a compositional legacy that reaches back from Elliott Carter to Nadia Boulanger, revealing the expected atonality and rhythmic complexities while overlaying the soaring melodies that one might anticipate from Barber, Menotti or even Douglas Moore. Conductor Andreas Mitisek’s sensitive yet authoritative reading invites rather than insists; his orchestra answers with affectionate precision.

The overall affect is that of the finest soap opera. If the setting was television’s Pine Valley, and Erica Kane could sing, Susan Lucci would be collecting another Emmy. All of the twists in allegiance, driven by narcissism, keep us waiting breathlessly for the next betrayal.

Benefitting from a rehearsal and performance process that began at Long Beach Opera, this shared production has kept the singers in the skins of their characters since January. Soprano Mary Ann Stewart’s Raquin is vicious hunger leading to histrionic guilt. She easily essays a role written for mezzo-soprano; her career is rife with such explorations. Baritone Edward Park’s Laurent, magnificently sung, is frozen distance and fury. Singing actor Suzan Hanson, last season’s lasciviously writhing Lady Macbeth, further proves her chops as an elderly villainess. Matthew DiBattista employs his clear tenor and theatrical savvy to great effect as the doomed Camille, particularly in his Ghost Aria.

I was saddened to see empty seats. The operas in today’s standard repertory were once new works, too. (Aaron Hunt)