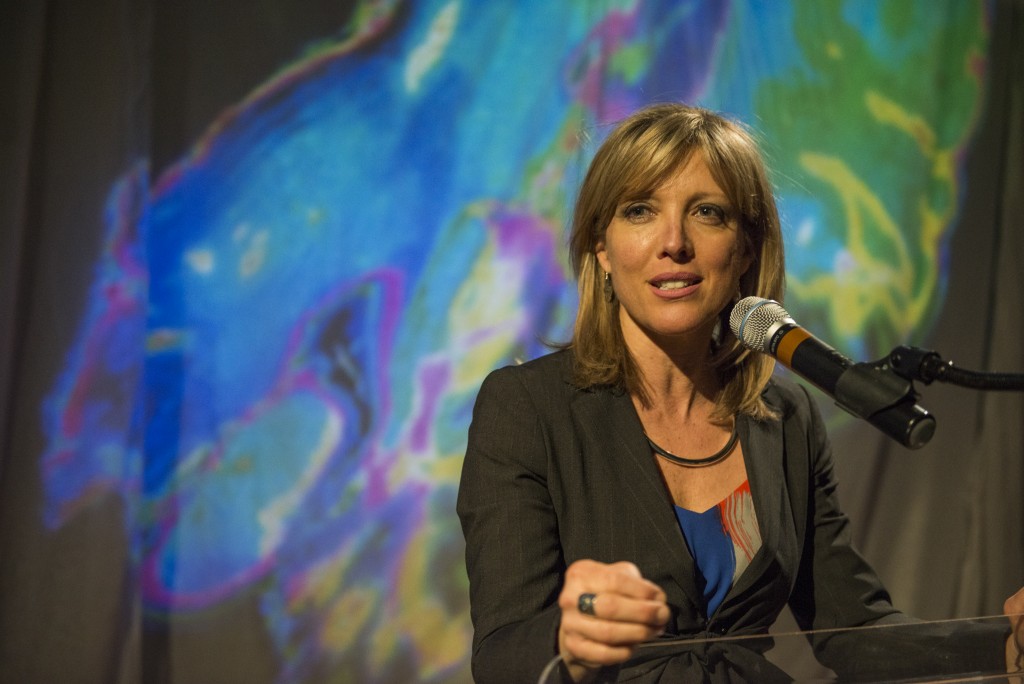 Sharr White’s “The Other Place” begins as something like a memoir. Julianna, a successful scientist turned big-pharma pitchwoman (played with equal measures of tenderness and bile by Lia D. Mortensen), is filling us in on her life. She is successful in business, traveling from one tropical conference to another pitching a new wonder drug to doctors, but less so in her personal life. She is getting divorced from her oncologist husband Ian (Steve Silver) and tentatively reconnecting with her estranged daughter Laurel (Autumn Teague), even though Ian seems oddly suspicious that Laurel might not be who she says she is. And following an episode during one of her talks, Julianna also thinks she has brain cancer, which is kind of a bummer.

But while the show begins as memoir it does not stay that way for long. Soon enough it becomes a kind of neurological detective story, piecing together bits of truth and sifting them out from expansive roughs of fantasy. The intimate confines of Profile Theatre’s Main Stage make for a fine pressure-cooker in which director Joe Jahraus and his able cast slowly turn up the heat until everything boils over.

The one element that poses an issue is the set, designed by Keenan Minogue. When the play begins there are only a few simple elements—a chair, a desk, a lectern—placed directly on a small, cramped playing space in front of a wall of flowing white sheets. While the look captures a certain antiseptic, corporate tone that reflects Julianna’s brittle personality, the look also looks, well, kind of tacky. The sheets eventually fall away for the big reveal of a much more impressive set hidden behind them, but that isn’t until two-thirds of the way through. The reveal is nice, but in the end isn’t quite worth what was lost while waiting for it. Such is the challenge of producing a play with storefront resources that was written for a Broadway budget.

But it is a happy and prideful thing then that the hallmark of Chicago storefront—intense, seam-splitting performances—carries the show through. (Alex Huntsberger)