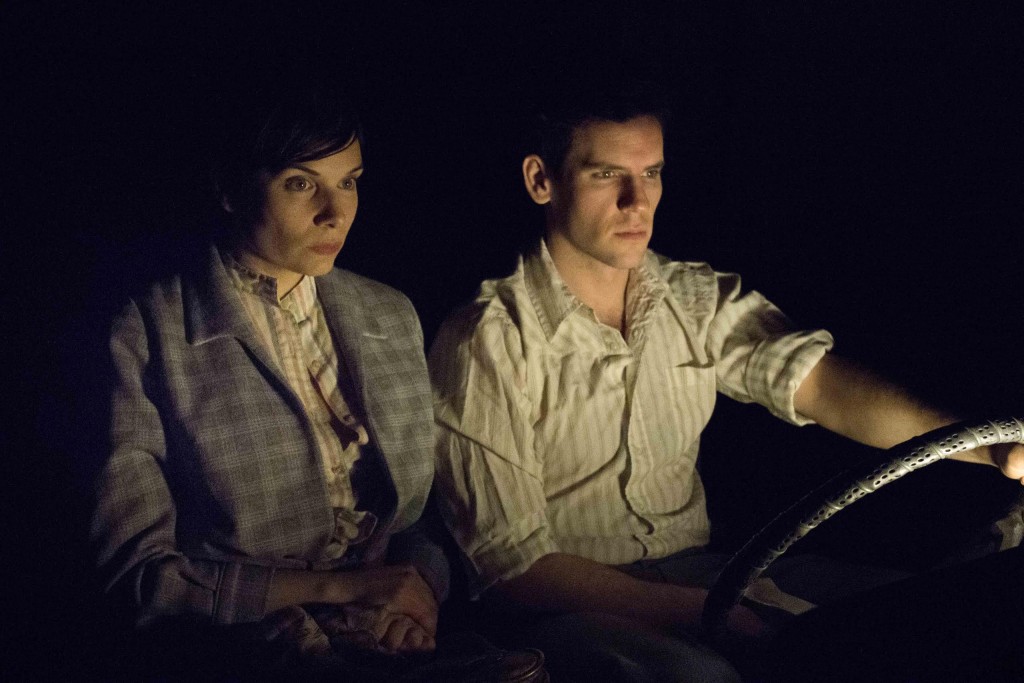 We savor our mysteries for that flashpoint moment when all the pieces of the puzzle interlock perfectly. Red herrings can show up to dinner, as long as they make sense in the final analysis. Jagged changes in timeline can ratchet up the tension, as long as literality grants the audience equilibrium by the denouement.

Strawdog Theatre Company celebrates its 100th production with the world premiere of playwright John Henry Roberts’ second play, “The Sweeter Option.” This noirish murder mystery is served well by the scenic design of Joanna Iwanicka and the lighting of Jordan Kardasz. Director Marti Lyons’ cast fold and refold flats to create new scenes during the changes, push and pull furniture and props, and always remain in character. Intense moments shatter into darkness, and just as suddenly burst into awakening. Heath Hays’ sound design is a partner to the strategic madness that is just right for a thriller with a murderous, comedic bent.

The players are all first-rate. Sam Guinan-Nyhart is pitch-perfect as the gumshoe (or is he?), landing his punches and his punchlines with the finesse of a better-looking Humphrey Bogart; he’s onstage for eighty minutes, and never misses a beat. Michaela Petro, Emily Tate and Sarah Price are the damsels in distress (or are they?), each turning from comic to dramatic on a dime. Matt Farabee, Rudy Galvan and Jamie Vann round out a dream cast for a terse, terrifying romp.

But there’s no show without a book. Roberts’ first scenes are exactly right. The ethos is established quickly, the jokes come rapid-fire, always out of character-truth, and passions are dialed just over the top, so we can all sleep in our own beds. Using the trope of flashback, Roberts is still on track, until imperative clues to the timeline land with such a whisper that they are only to be guessed at hours later. Smaller characters and subplots arrive and disappear, seeming to have no direct relationship to the unsatisfying ending. The mystery is a mystery. (Aaron Hunt)