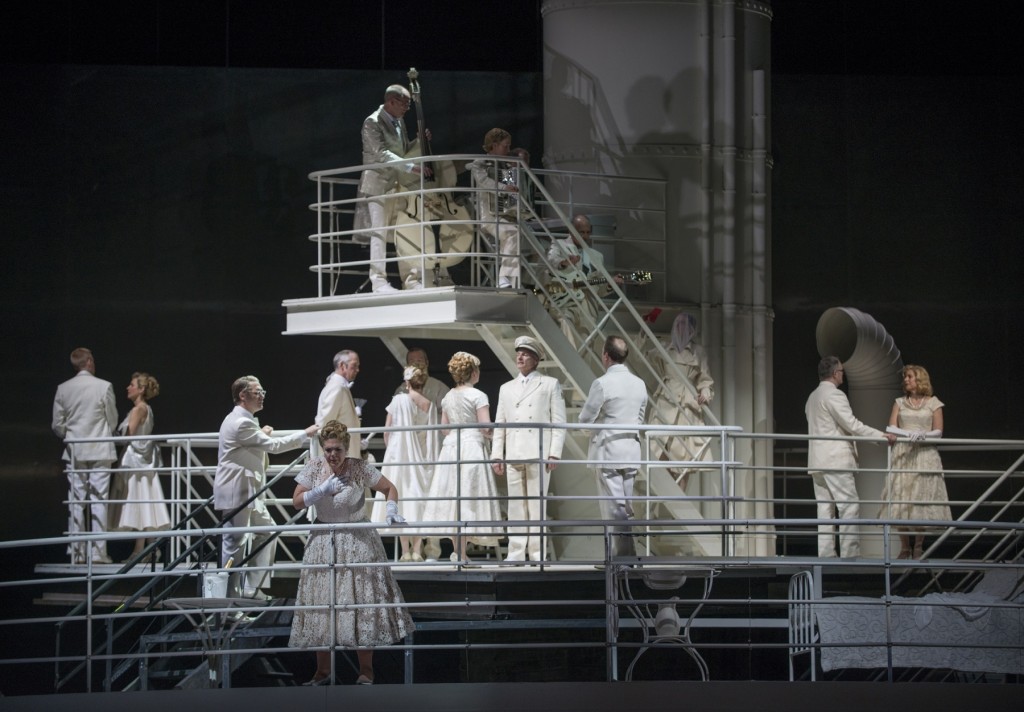 The question on my mind as I listened to the second act of Mieczyslaw Weinberg’s opera “The Passenger” at the Lyric Opera Tuesday night was: Am I listening to great musical art?

The answer, unfortunately, was “no.” I say unfortunately because I had hoped for much more. The state of Holocaust education in this country remains dire after sixty-five years of public agonizing. A great work of art can change that listless, dutiful, fitful, guilty public half-resolve to get down to brass tacks on racism. “The Passenger” is the work of an enormously knowledgeable, sincere, very clever, inventive, imaginative artist. But great music?

“The Passenger” falls short for two reasons. One, its subject matter. Two, its subject matter. What do I mean? First, the Holocaust defies Music. It is a true enormity, a breath-bereaving, disgusting, obscene crime of such evil intensity, vastness and finality as to stultify all creative musical thought whatsoever. Second, Weinberg’s undeniable musical genius was not suited to the painting of unrelieved darkness and nihilism—the end of public and private faith, belief and hope forever.

After listening to Weinberg for two weeks, I’ve concluded he’s like Brahms. Just as Brahms was at his best writing music in which the duty to rival Beethoven in solemnity, grandeur and “deep thought” played no part, so Weinberg’s genius lies elsewhere than in the portrayal of the annihilation of a whole civilization. This is not a criticism (Bach himself would fail here). The realms in which Weinberg’s musical imagination (like Brahms’) shows its greatness are many. Weinberg’s delicious long melodies, captivating folk rhythms, delicate somber elegiac moods and brilliant orchestration get full play in dozens of his other works.

However, I’m happy to report that Sir Andrew Davis and the Lyric orchestra play with passion and conviction. The beauty and power of Brandon Jovanovich’s Walter are astonishing. So too are the artistry of Amanda Majeski as Marta, Daveda Karanas as Liese and Kelly Kaduce as Katya. You must go to this production to study the set designs of the late Johan Engels: Dance music on the ship’s deck, in steerage, Auschwitz. (Bill Sweetland)