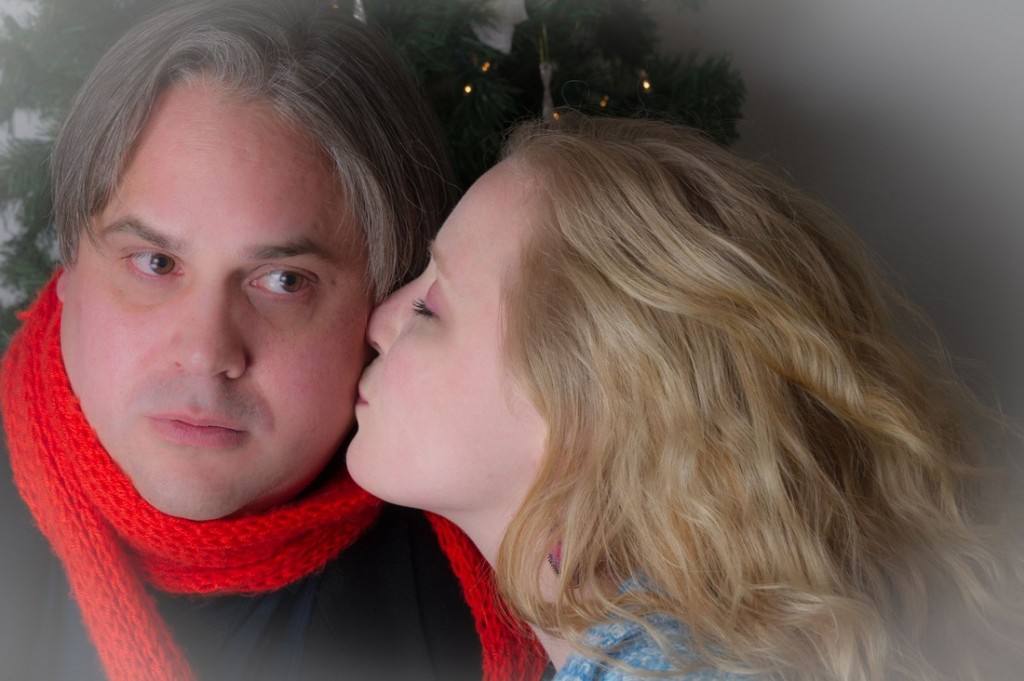 The threadbare line between cynicism and sentimentality gets even thinner at Christmas. TV and movies would have you believe that the world is divided between smoldering Scrooges and gee-whiz George Baileys. “God bless us everyone” is fine and all but what about the people for whom the holidays are an actual struggle and not merely a convenient catalyst for emotional transformation? Of the many problems that flag Jeremy Menekseoglu’s “Cold, ” the most glaring is its inability to rise above the basic tenets of your average Hallmark Christmas Story.

“Cold” is an uncomfortable play, and not always for the right reasons. Like a well-meaning younger cousin who’s just learned to play the guitar, it is an earnest production but one that lacks depth, taste and skill. Case in point: a guarded man is accosted by a flirtatious woman who drags him unwillingly into a whirlwind evening that causes him to question his life of isolation. Only then does he discover that she’s emotionally unstable and has used him to avoid her own crushing loneliness. He eventually resolves to risk being disappointed by actively pursuing her. She resists but eventually acquiesces after some shared emotional insight. Sound familiar? It should. This is the start of a real story. Unfortunately, it is as far as “Cold” gets.

The lesson inherent here is that trying is not enough. You have to challenge yourself. Ironically, director Laura Gouin doesn’t seem to have taken that moral to heart. There are no risks in “Cold.” Scene transitions occur during blackout. Sets are not minimal enough to make a statement but not detailed enough to feel real. Worst of all, a tedious and insistent piano track underscores nearly every scene, offering emotional signposts such as “REGRET” and “RESOLUTION.”

As an actor in his own play, Menekseoglu is the opposite of solipsist. He puts himself through the ringer but curiously doesn’t feel the need to flesh out his character. Nicole Roberts offers a few heartfelt monologues that represent the play’s best moments. Stronger directorial decisions and more engaging material are not beyond the grasp of Dream Theatre. Check back in spring to see if they’ve thawed out. (Kevin Greene)