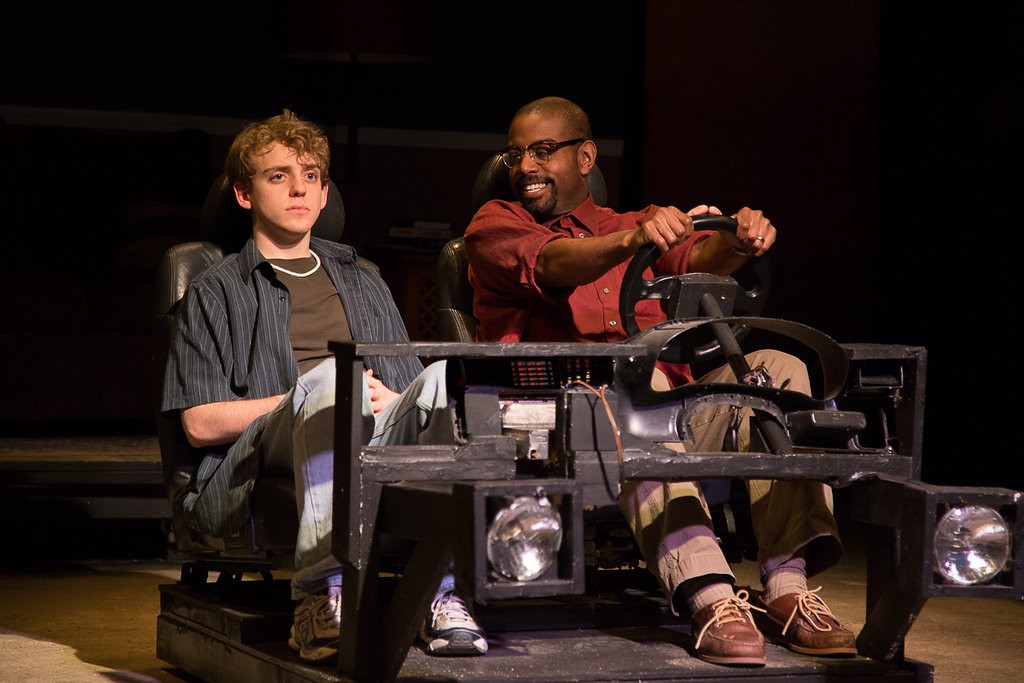 Christopher Shinn’s “Four” first premiered in 1998 and over a decade later it seems very much a product of its time. First of all there’s the setting: Hartford, 1996, the Fourth of July. But there’s also a tone and an approach to its characters that calls to mind the nineties indie film scene. It’s a languidness of pace, a chattiness to the dialogue, the sense that something’s on the horizon but even when it gets here it might not break the surface.

Director Nate Silver does a capable job of tapping into these subsumed desires but he never encourages the play to breach its own still waters. His production for Jackalope Theatre is well-staged, well-acted, well-designed but on the whole it remains rather inert. It slowly goes limp when it should climax.

That is, however, somewhat appropriate as “Four” is a story about, among other things, the frustration of sexual longing. It’s a tale of two couples. The first one is comprised of a severely closeted sixteen-year-old boy named June (Michael Kurowski) and Joe (Robert Howard), an older African-American literature professor who June met on the internet. The other couple is made up of Joe’s high-school-age daughter, Abigayle (Paige Collins), who thinks her dad is out of town at a conference, and Abigayle’s persistent gentleman-caller Dexter (Danny Martinez), a basketball player at her school. Both couples drive, stop, stalk, tell stories (lots and lots of stories) and generally meander down the winding road to sex.

All four of the characters struggle with the problem of identity, a conflict that each actor manages to embody quite satisfyingly. Howard especially has a winning smile and a cheery, TV-host energy that he channels into Joe’s constant optimistic ramblings.

The show is staged in a three-quarter thrust within four panels of rich, summer sunset beautifully designed by set designer Mike Mroch. The intimacy of the setting helps when several scenes are set in cars, with the actors seated close together. Scene changes are occasionally overlong and clunky, but are covered by the smooth, moody score from Andrew Rovner. For the rest of the show, a little less smoothness would have been better. (Alex Huntsberger)