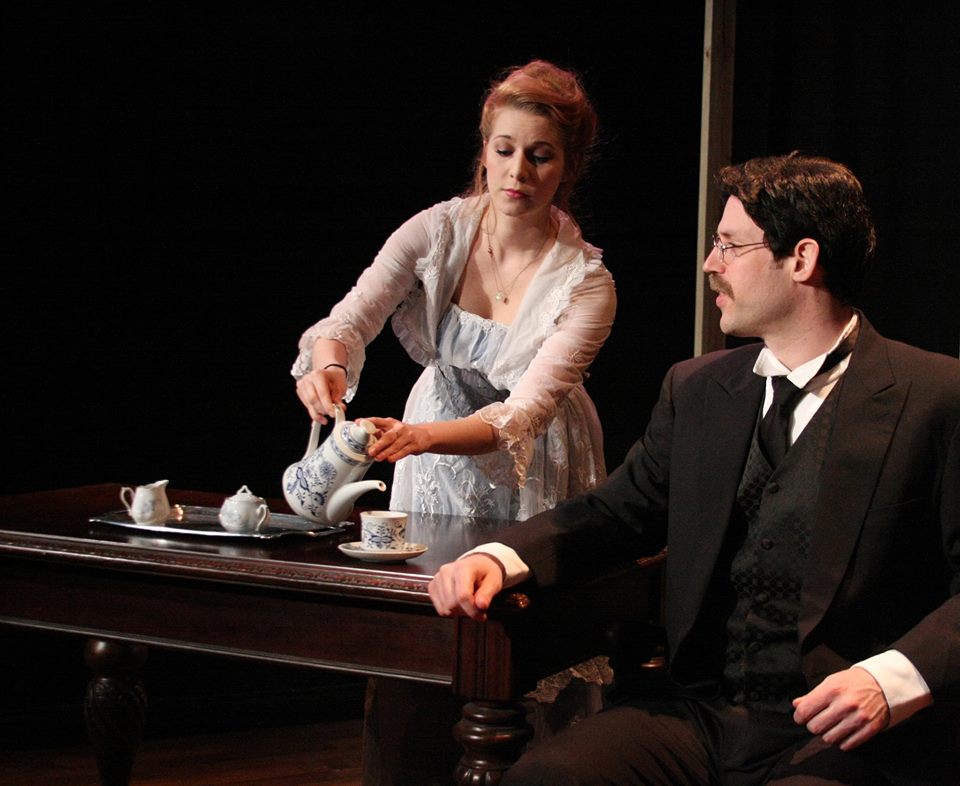 “The Talky Bore” would be a more apt title for this 2002 play about the birth of psychoanalysis. British playwright Christopher Hampton never finds the dramatic marrow in the tale of Sabina Spielrein, the eighteen-year-old Russian-Jewish girl who became, in rapid sequence, Carl Jung’s patient, assistant, mistress, protégée, cast-off, colleague and finally pawn in the bitter rivalry with Sigmund Freud that shaped the profession.

It’s a pity, because Spielrein’s story is potentially a fascinating one. The idea of talk-based therapy was something new in 1904, and Spielrein—who in a few months went from a twitching bundle of rage to a functional and indeed brilliant medical student—was one of the early success stories. As Spielrein, Caty Gordon is by far the best thing in the production, perfectly capturing the transformation from self-tormenting, guilt-ridden girl to strong and self-possessed woman.

Nothing else quite clicks in director Evan Jackson’s tedious production. The show clocks in at close to three hours, of which fully an hour could be cut with no loss and much gain. Patrick Doolin’s Carl Jung is stiff and bland (as is Vincent P. Mahler’s Freud) and there’s no chemistry to speak of between the married Herr Doktor Jung (whose put-upon wife is played by Mary Kate Arnold) and the bedazzled, troubled teenager. It’s a tawdry business all around.

The production’s other issues are many, ranging from trapped, stagnant blocking to baffling light cues to hesitant and belabored line readings. But the biggest problem is the whitewashing of Jung. Soft-pedaled here are his coldness and megalomania, as well as his anti-Semitism, tied paradoxically to his attraction to exotic “Jewesses” like Spielrein and others. After Hitler rose to power, Jung became president of the now-purged psychotherapy association and published many an article attacking “Jewish psychology.” Later, Thomas Mann would refer to Jung as “always a half-Nazi.”

“The Talking Cure” is a disappointment dramatically, intellectually and historically. Let us hope for a new and more candid depiction of the beginnings of psychotherapy in the context of its times. Sabina Spielrein—murdered in 1942 by the SS, which her ex-lover had once referred to as “a caste of knights”—deserves nothing less. (Hugh Iglarsh)