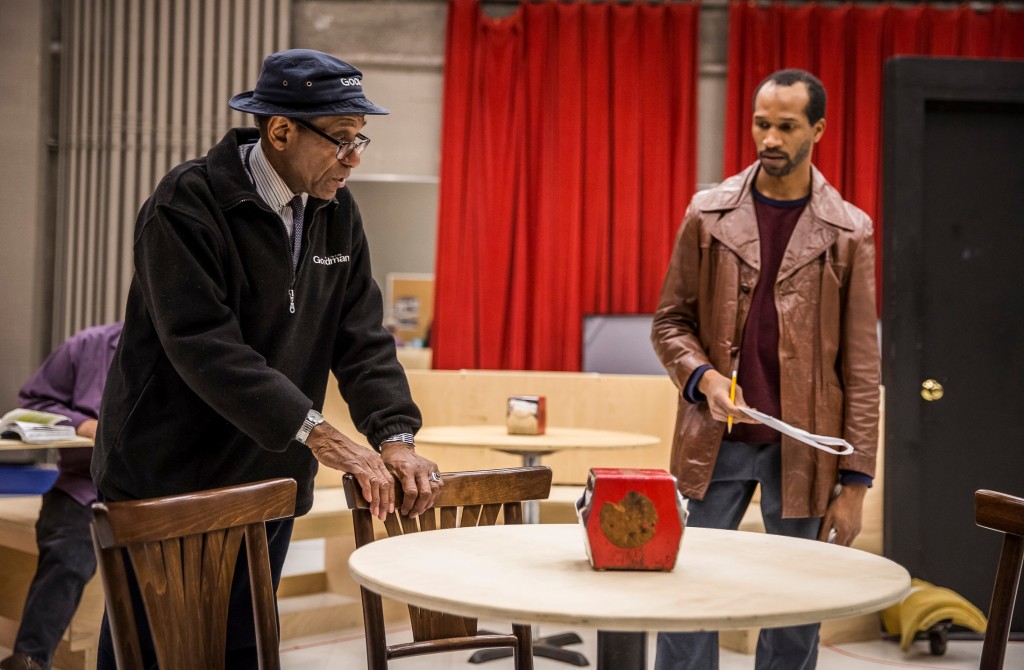 In 2007, the Goodman Theatre gave August Wilson’s “Radio Golf” its Chicago debut. With that, the theater did something historic. It became the first theater in the country to have produced all ten works in Wilson’s “20th Century Cycle,” a series of ten plays, each one chronicling the lives of African Americans and set in a different decade of the 1900s. Now, nearly ten years after Wilson’s death, the Goodman is at the helm of a citywide celebration of Wilson’s legacy.

“August Wilson, in my humble opinion, is probably the most important playwright of our time,” says Chuck Smith, a Goodman resident director and curator of the Wilson retrospective. “[The 20th Century Cycle] is something that can be used as a beacon of what African-American life was like in the twentieth century for ages to come. I think it’s going to be a while before any other kind of body of work comes along that depicts a segment of our community over a hundred years that really brings it to life. What he’s done is historic.”

At the center of the Goodman’s August Wilson Celebration is his Tony-nominated play, “Two Trains Running,” which is also being directed by Smith. Not only is the play one of Smith’s personal favorites, but it’s one he believes audiences today will greatly connect with, though it is set in 1969.

“I don’t see how anyone can listen to the words of this play and not think about what’s going on in our country today, especially in this period of time,” says Smith. “What you’re going to see is pretty much the exact same thing happening; that what was happening then, is happening now. I don’t know if that’s the prophetic nature of August Wilson or just circumstance, but whatever it is… it’s going to be very relevant to any audience member.

“The sixties was a very turbulent time,” recalls Smith, thinking about his connections to his current production. “I remember the sixties well because I was discharged from the Marine Corps in 1963 and right after that, while I was waiting on my discharge, I was watching the TV and there was this March on Washington and I knew nothing about it. I had just gotten back from two and a half years in Japan and I just wasn’t keeping up with current events. I knew nothing about the struggle or the civil rights movement at large. Then there were all these black people marching on Washington and this guy, Martin Luther King Jr., made this speech…. Three weeks later, these little girls were bombed in their church. It had a lot to do with my feelings, not only about this country, about serving this country… It brings up a lot of mixed feelings for me.”

Aside from this production, more than twenty theaters, universities and organizations are working together to host free events, including concert readings of all ten plays in the 20th Century Cycle, panel discussions about Wilson’s life and works, special performances of rarely performed works—for the fifth year in Chicago—high school students from across the city will compete in the August Wilson Monologue Competition (AWMC).

The AWMC was started nine years ago by American director Kenny Leon and playwright Todd Kreidler, both of whom worked professionally with Wilson. The national AWMC is run by Leon’s True Colors Theatre Company and, in its first year, was only between students in three schools in Atlanta, Georgia. According to its managing director, Jennifer McEwen, Leon and Kreidler wanted to find a way to keep Wilson alive.

“So frequently do playwrights pass and it’s just on to the next, next new person, next new writer,” said McEwen. “Our underlying goal of the competition is to introduce August’s work to a generation of young people and to ultimately, hopefully, get the work in the [high school] curriculum.”

The competition has grown exponentially and is now in eight cities across the country—Atlanta, Boston, Chicago, Los Angeles, New York, Pittsburgh, Portland and Seattle—and is looking to expand into Dallas and Greensboro next school year. This year, approximately 2,000 students will participate. Students are judged on their comprehension of the text, projection, focus, energy and technicalities, such as how true they stay to Wilson’s text. The top three participants from each city are invited to compete at the national level, receiving an all-expense paid trip to New York City to perform their renditions of Wilson’s pieces at the August Wilson Theatre on Broadway. The top three winners of the national competition receive scholarships ranging from $500-$1,500.

Heading the Chicago chapter of the AWMC is the founding artistic director of Congo Square Theatre Company and University of Illinois at Chicago assistant professor Derrick Sanders. Sanders is pleased the competition gets to be a part of the Wilson Celebration and, like Smith, feels Wilson’s work will resonate with modern audiences.

“I think, more specifically, with the violence of Trayvon [Martin] and Eric Garner and the images of black men across the media, and across the nation with Black Lives Matter, I think that August always echoed those sentiments,” said Sanders. “Those words speak truer now than maybe even when he was writing. That we’re looking at those things—the difficulty of becoming a black man in America, what that means —it’s echoed in ‘The Piano Lesson,’ it’s echoed in ‘Two Trains Running,’ it’s echoed in every single one of his plays.

“My chief goal is to expose these kids to language that’s rich in American history and poetry and characters that they recognize that aren’t so far removed from where they are now,” said Sanders. “I think it’s also so important for Chicago youth because they get such a bad rap. They get the press of being violent because of the violence in Chicago…. Chicago has placed in the national finals every year we’ve participated thus far.”

Laura Rose Benson participated in the AWMC in 2011. Benson attended King College Prep and took an honors theater class through Advanced Arts at Gallery 37. Not only did she make it to the AWMC city finals, but she also went on to the national competition. Although she did not place in the national finals, she believes the knowledge she gained from the process was invaluable.

“I can personally attest to being deprived of learning of August Wilson in school,” says Benson, who chose to tackle the character of Rose from “Fences,” a role she was drawn to because they shared the same name. “Thanks to the AWMC and my honors theater arts program… I was given the opportunity to know him, but there are hundreds of thousands of students that won’t have the same opportunities. August Wilson is a huge piece of literary history that is missing in the classroom.”

Benson is still continuing to pursue a career in acting and has also become a playwright herself, something she greatly attributes to her experience in the AWMC.

“I definitely feel as though participating in the AWMC positively impacted my life forever,” says Benson. “It gave me a sense of confidence in myself that was never quite there before. Being a part of such a great program, being able to learn so much about August Wilson, his life, his work and his art, was incredible. Being able to bring his art to life and understand so much about our black history through his Century Cycle was an honor and something I will hold dear to me forever.”