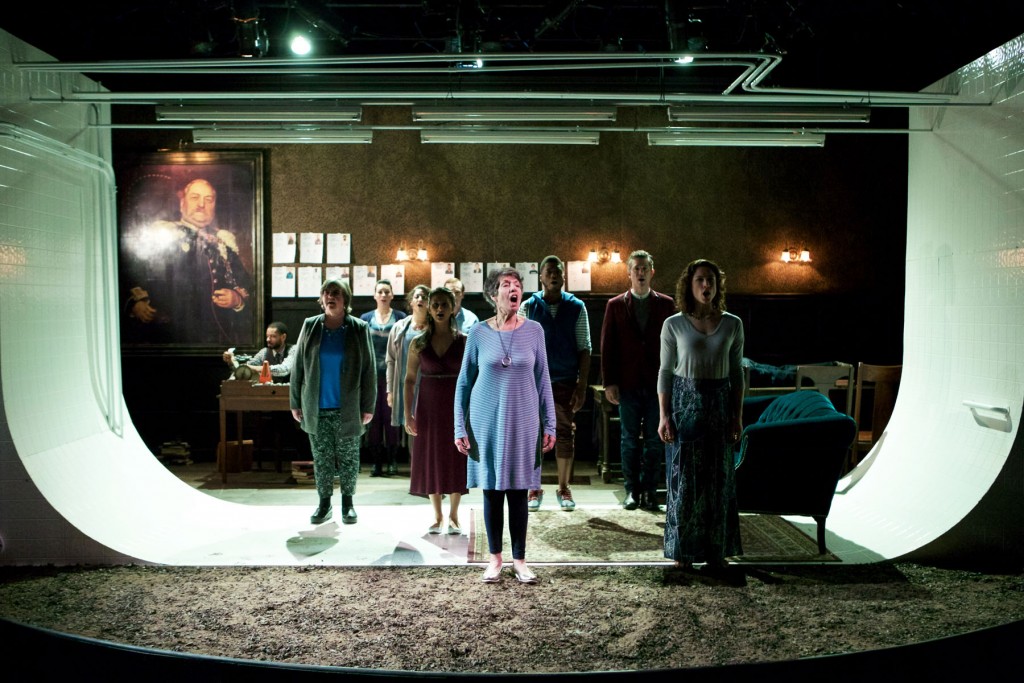 There is value in works of art that confuse, especially in the theater. So many plays from all across history can be boiled down to little more than allegory, parable or argument. (I’m looking at you, Bertolt.) “So-And-So The Brave was very brave and this tale will demonstrate his bravery.” You can feel lectured to, rather than led down the path to enlightenment. But a play that confuses you, that claps its hands over your eyes and spins you round and round and pushes you off into the wilderness unsure of your path or place, might just lead you somewhere that neither you, nor it, knew ever existed.

This is all to say that I’m not exactly sure what the hell Anne Carson’s “Antigonick” is about. The only thing I can say for sure is that I’m not sure what happened twice. I’m not even certain as to whether I should call it a poem or a play! But that’s okay. In fact, it’s more than okay. It’s luverly. In the beautifully rendered, tenderly acted production directed by Jonathan Green for Sideshow Theatre, you can let the strangeness and the uncertainty wash over you, even if it means letting it pull you out with the tide.

“Antigonick” is probably best described as a “free translation” of Sophocles’ “Antigone” by Carson, a renowned poet and translator. The plot is much the same. Antigone (Anu Bhatt), daughter of Oedipus, defies the decree of her uncle Kreon (a hilariously stentorian Ann James) and gives her dead brother a proper burial. Carson brings a playfulness and modernity to the proceedings that somehow makes it all the sadder when it still ends darkly. And if you miss a moment—for instance, the similar obsession of lawyers and choruses for precedent—don’t worry. You’ll get the chance to hear it again.

Sideshow’s production is, as usual, presented on a gorgeously detailed set, this one designed by Yu Shibagaki. It mashes up drawing rooms, public baths, offices, morgues and dirty ground. It is as wonderfully, deliberately confused as its audience, and everyone’s all the better for it. (Alex Huntsberger)