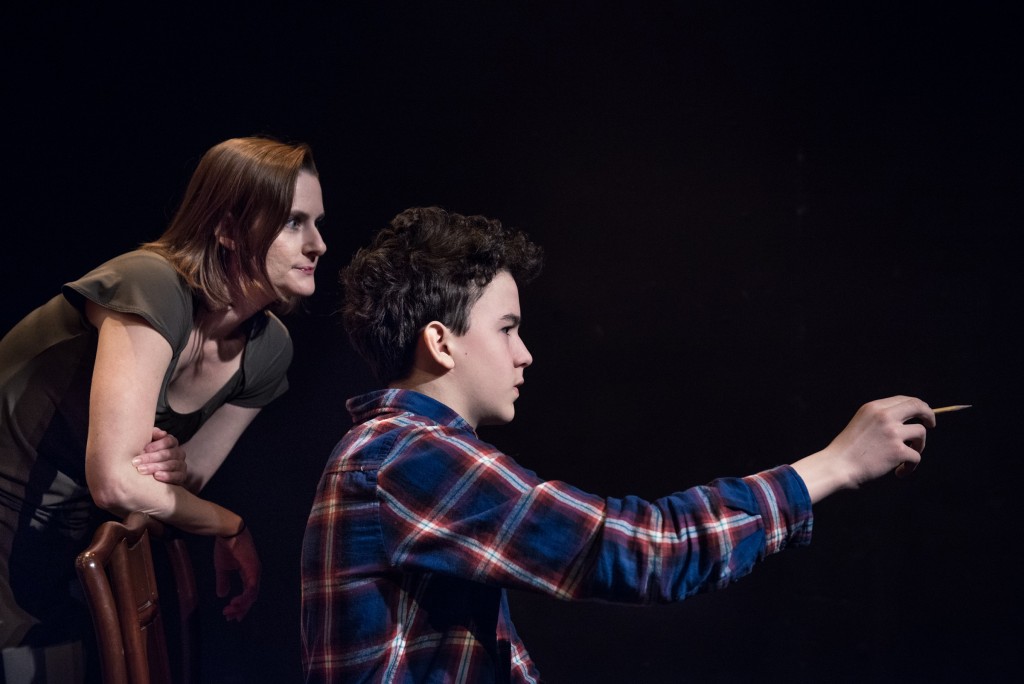 When I first sat down in the Athenaeum Theatre’s third-floor studio, I noticed that Brian Browne’s set design for “Picture Imperfect” includes a wall that obscures the view from much of the audience. It was my intention to recommend sitting on the right-hand side of the audience for a better view of all of the play’s action. However, I can now safely say that sitting elsewhere would be best, and by elsewhere I mean anywhere else in Chicago.

Seldom do I get to witness the perfect storm of a terrible script brought to life through poor acting and misguided direction upon a stage badly designed while having my ears assaulted by a constantly buzzing low-end hum. For those choosing to take in the newest offering from Bread & Roses Productions, this is what awaits in this world-premiere production.

Playwrights Richard James Zieman and Joel Cornfield attempt to tell the tale of Mary Thomas (Sarah Bright) who struggles to keep herself together in the face of many defeats. Her husband is gone. Her eldest son is gone. And she may yet lose the younger of her two kids due to her inability to give him a safe home.

What we get, however, isn’t the struggle but the periphery. A number of scenes revolve around George, the estranged husband (Jeff Brown), who schemes to sell off paintings created by Mary’s autistic son, Cole (convincingly played by Izzy Tortuga). George is a gambler with a lot of debt. So, George grabs a gun, kisses his live-in trollop (Alyssa Thordarson) goodbye and goes to confront the mother of his children in hopes of acquiring the art and/or the boy himself.

So much of the dialogue is repetitive and pointless that the first twenty minutes of the play could be pared down to about five by a good editor or dramaturg. The rest of the play suffers similarly. The eventual climax drags out the ending to such an extent that the last line only succeeds in bringing much-longed-for relief. (Christopher Kidder-Mostrom)